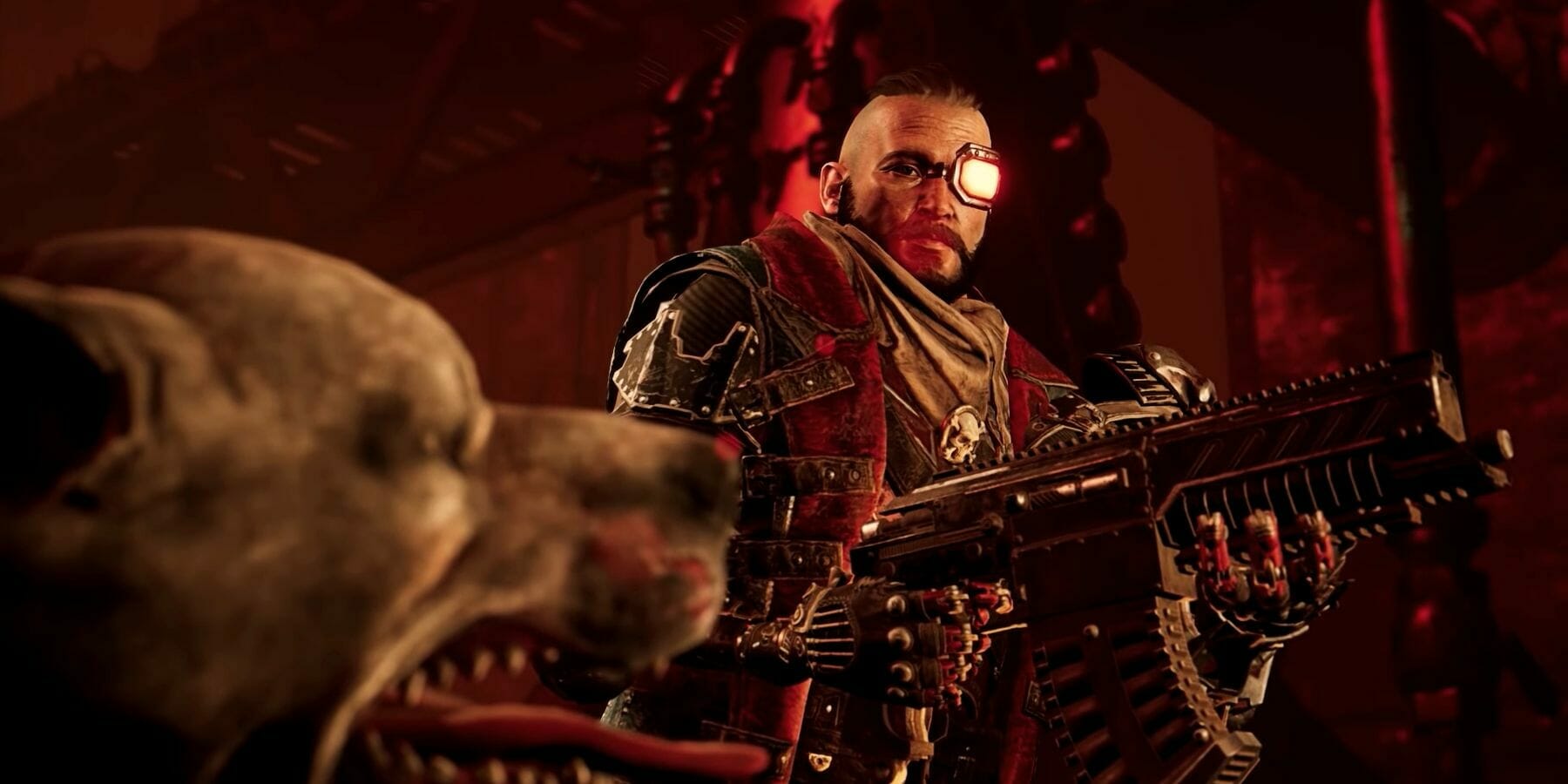 Necromunda: Hired Gun (2021) was developed by independent developers, Streum On Studio. The game is a first person shooter based on the highly popular expansion of the same name from the Warhammer 40 000 universe. Similarly to the tabletop game, players are put in control of a mercenary seeking to uncover the truth of a conspiracy involving rival gangs in Necromunda’s underworld.

Gameplay is fast paced and violent, as players will need to navigate an ocean of crime and corruption in Necromunda. As a merciless hired gun, players will have access to weapons such as the shotgun, grapnel launcher, bionic nose, cyber jaw, refractor field, bolster and much more. The aim is to craft the most infamous bounty hunter in the game’s universe – one feared by all. However, gamers will not be alone as the game gives players a handy ‘cyber-mastiff’ to hunt alongside their character (watch the video below for more information on the many features in this title).

Courtesy of Gamefinity, we have two copies of the game to giveaway. Read on to find out how you can win Necromunda: Hired Gun for PC (Steam digital code)!

Up for grabs in the Win with Vamers Necromunda: Hired Gun competition:

tl:dr of the competition T&C’s:

Entering the competition is easy! Simply follow the instructions in the interactive widget below to gain entries into the competition. The more entries you have, the higher your chance of being able to win Knockout City on Xbox. Come back daily for additional entries. Good luck!