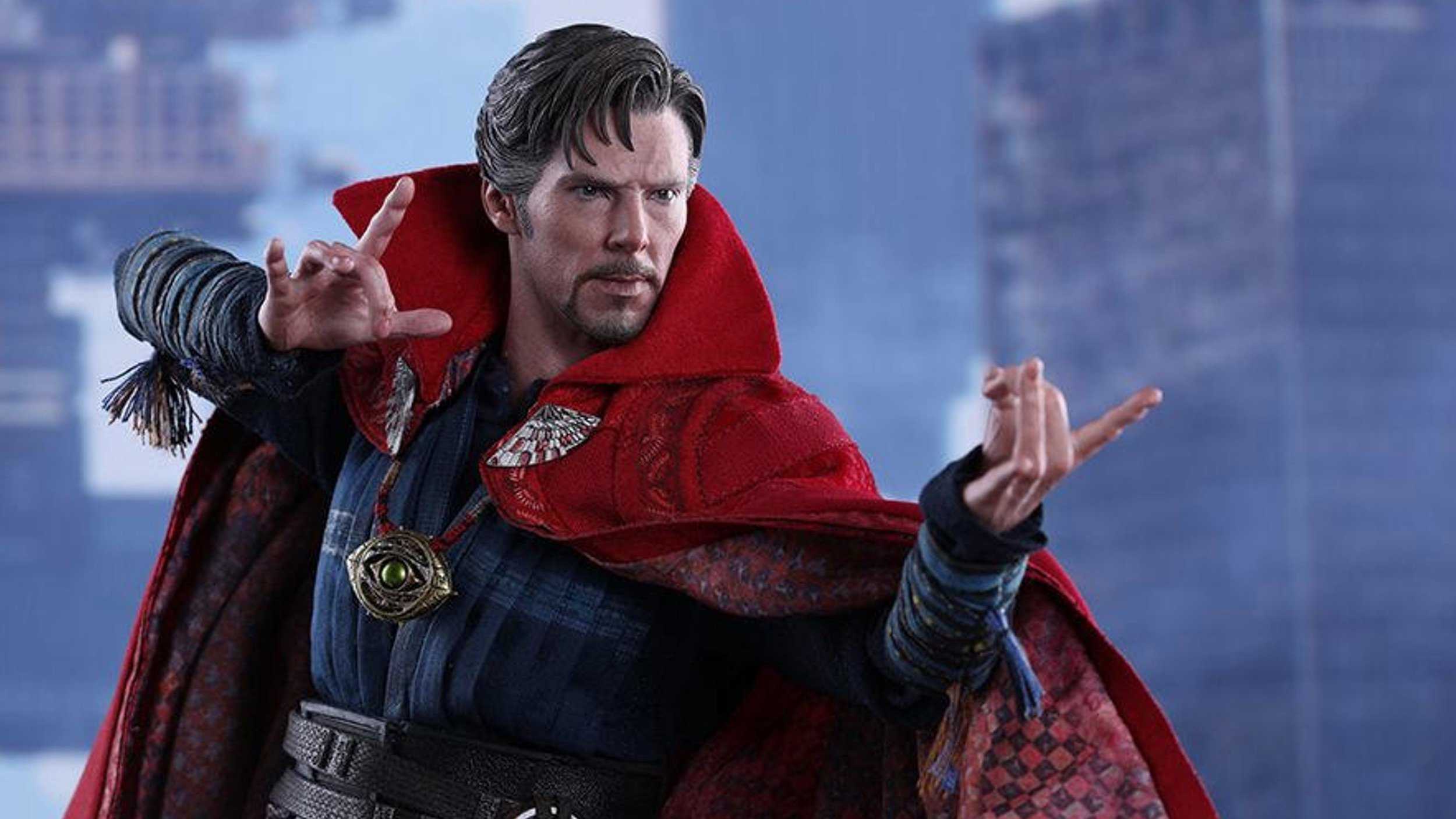 Hot Toys has a long standing partnership with Disney, and thus Marvel, to produce collectible figures based on their respective franchises. The newest edition to the fold is a series of collectibles based on Marvel’s Doctor Strange (2016).

The first figure to be released from this new line is the Doctor himself, Steven Strange. The likeness that this sixth scale figure has to Benedict Cumberbatch, who portrays the mystical hero in the film, is absolutely otherworldly. The head-sculpt is easily one of the best that Hot Toys has produced.

The Hot Toys Doctor Strange effectively miniaturises the ‘wielder of the mystical arts’ down to one sixth scale (roughly 31cm tall), but retains all of the detail of the character from the film. These incredible details include handmade clothing, a replica of the Eye of Agamotto (includes both an open and closed eye), the Book of Cagliostro, and several mandalas of light in green and orange to reflect his powers in the film. The detail in these promotion shots, which are of a pre-production collectible, are outstanding.

As mentioned before, the absolutely highlight of the Hot Toys Doctor Strange figure is, without a doubt, the uncanny resemblance that it has to Benedict Cumberbatch. Hot Toys sculptors Viva Kai and Koh Hyeong Soek have done a formidable job of replicating the likeness of the star of the move in a sixth scale collectible.

The Hot Toys Doctor Strange Sixth Scale Movie Masterpiece Series collectible figure is due for release in the third or fourth quarter of 2017. It has a suggested retail price of R4600 and can be purchased directly through Vamers Store.