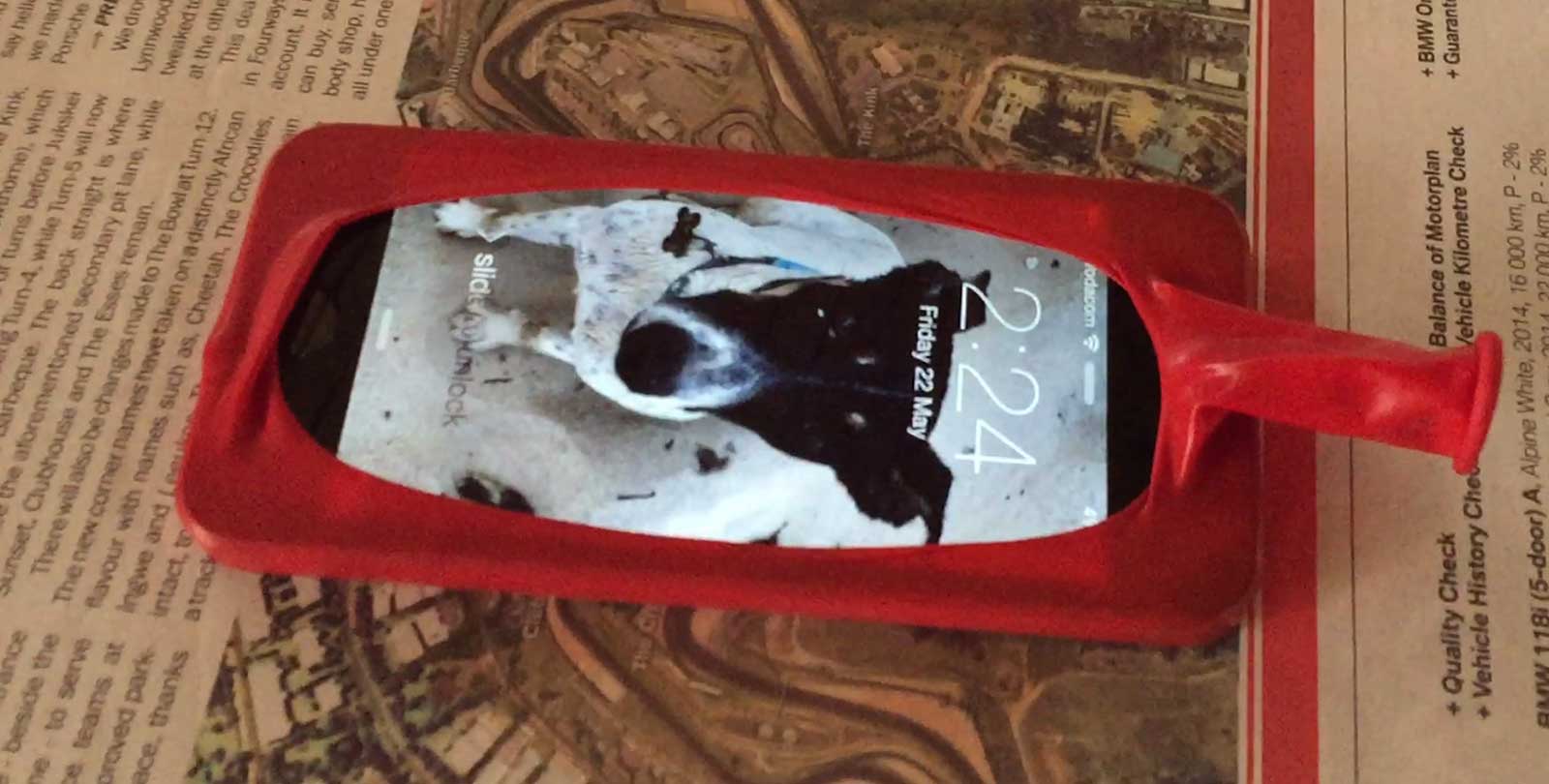 The modern smartphone has become a ubiquitous method of communication in the modern age. These devices are often composed of the latest in mobile telecommunications technologies and, over the years, have increased in screen size whilst decreasing in overall thickness. They have also, for the most part, become increasing more fragile; requiring users to encase their modern technological marvels in accessories such as covers, cases and screen protectors.

Courtesy of supply and demand, the accessory market for mobile devices has boomed with most cases costing upwards of R150/$10. Naturally, a market exists for creating ‘do it yourself’ (DIY) covers and cases. Granted, the advent of the 3D Printer will allow for DIY protectors to be created in the home, but until these printers become affordable to the masses, other solutions will need to be sought out… like using balloons.

Balloons are made from rubber, which is a material that is known to be able to absorb shocks and bumps. With this knowledge in tow, it would be possible to make a DIY Balloon Cover for your smartphone with enough balloons.

The video embedded below offers a humorous ‘proof of concept’. With enough balloons, an effective cover could most probably be made. What do you think?

Please note that Vamers does not approve, endorse or recommend that users try this at home and doing so, especially using this technique, is entirely at the users own risk.