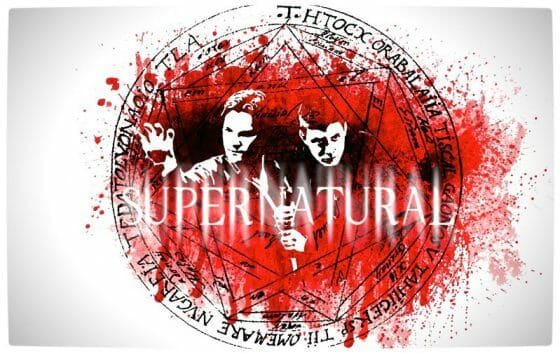 I have never really been a big fan of the CW’s Supernatural primarily because I prefer serialised to procedural television series. Having said that, I have been a reluctant yet continued viewer of the series since its inception in 2005.

The reason for this is that although I often roll my eyes at the cheesy script and plot points for each standalone episode, I have always been drawn in by the overarching story and mythology that plays out through each season.

The only perk of having watched the series over all of these years is that I, along with many others and now you, can enjoy the infographics below that detail insanely cool facts about the show; like how many times and what kinds of food Dean has eaten over the eight seasons, how many of Sam’s love interests are actually still alive and how many times the brothers have worn their ‘monkey suits’.

The infographics below were compiled by the Tumblr user writingspeaks and charts the repeating themes, phrases and occurrences that appeared in seasons 01-08 of Supernatural. 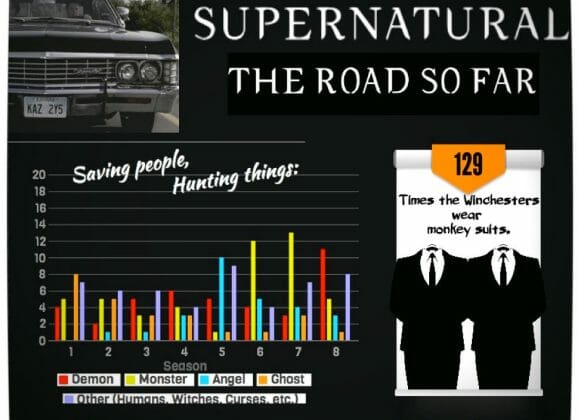 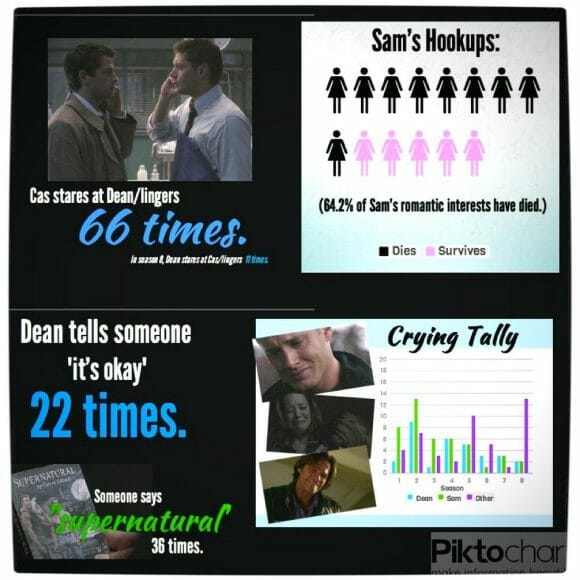 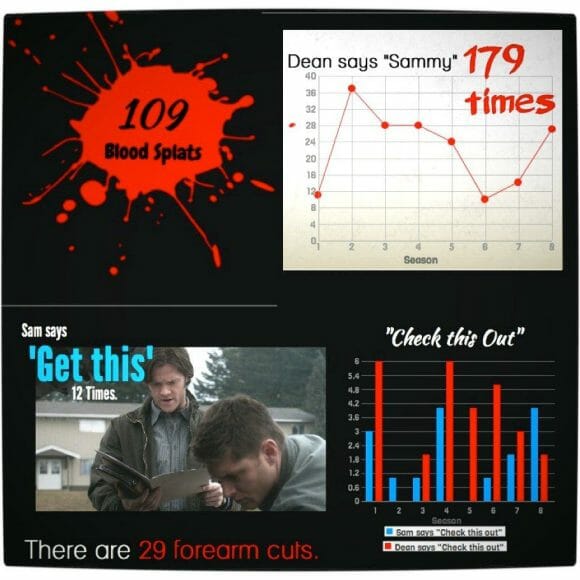 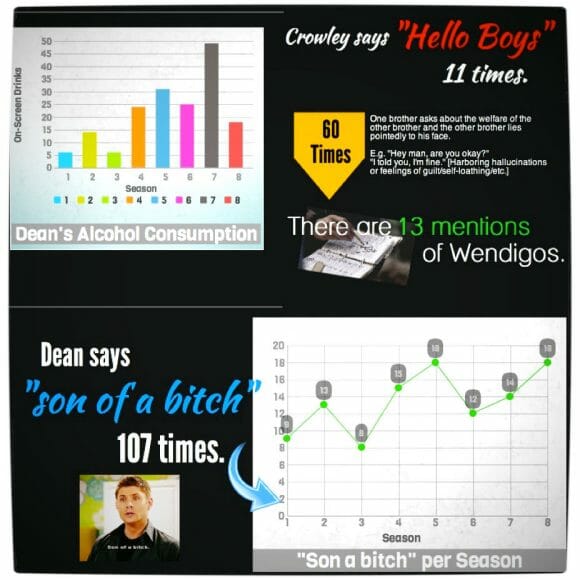 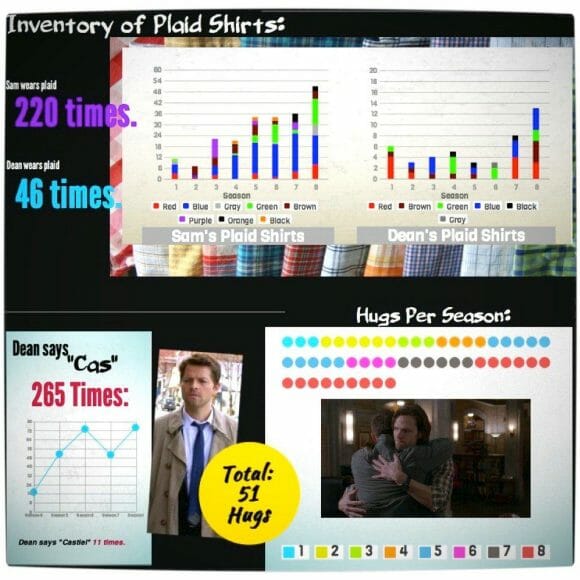 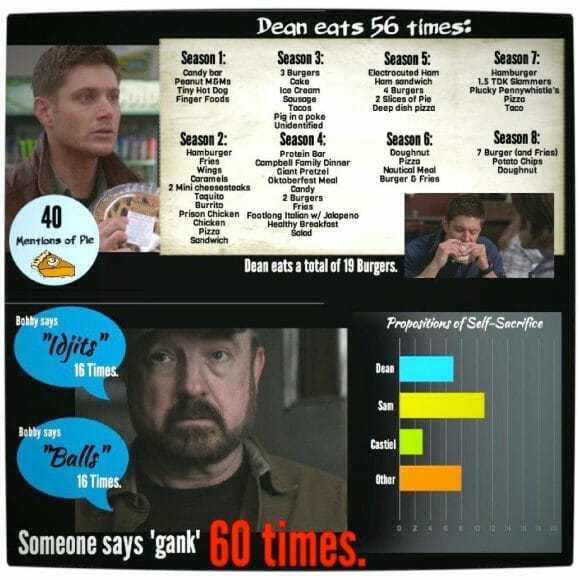