Clarkson, Hammond and May are back for another glorious season of highly entertaining automobile adventures in Top Gear. The show, now in its 19th season, promises to be even more off-the-hook than its predecessors, which the following dub-step laden “Top Gear is Back” promo clearly shows.

To add even more to the great cast and wild antics, BBC Entertainment are running a competition for South African viewers who cannot help but engage in social media whilst watching television.

As a result, each episode of the entire run of the 19th season of Top Gear will feature a question that needs to be answered. When you see the question, simply Tweet your answer with the following hashtag: #TopGearSA.

At the end of the series all entries will be entered into a draw to win tickets, flights and accommodation for yourself and a partner to the Top Gear Live event in Durban this June. 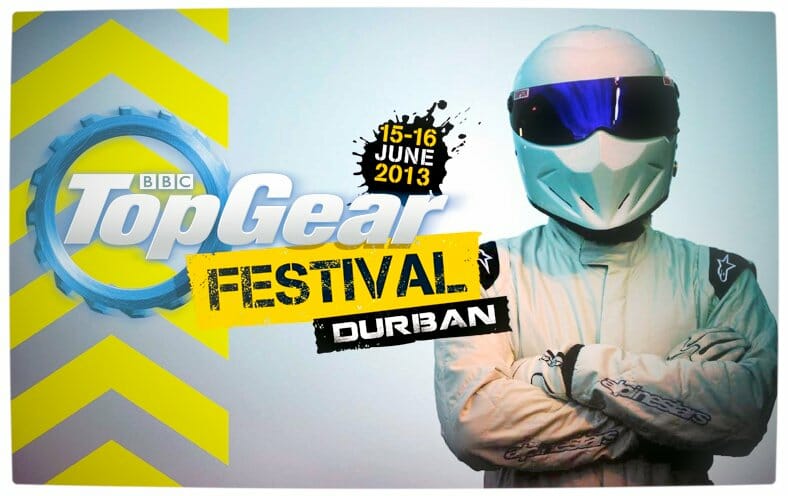 For a chance of winning, make sure to tune in to BBC Entertainment (DTSV channel 120) every Wednesday from 20:00.

The first episode of season 19 of Top Gear aired on Wednesday 6th February 2013. For previews of upcoming episodes, check out this YouTube playlist.