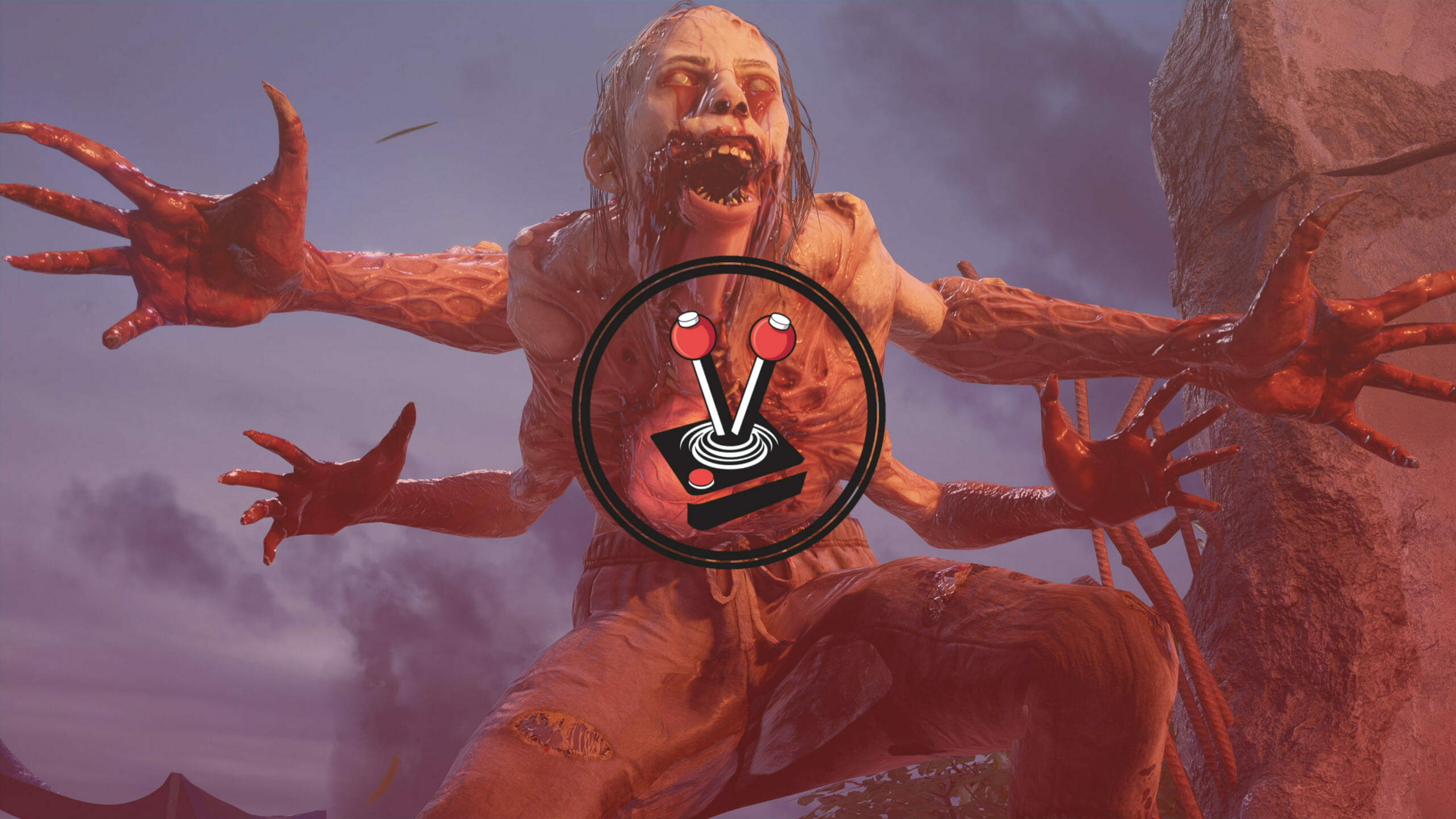 Left 4 Dead was a multiplayer masterpiece. It brought together familiar twitch-shooter elements from Half-life, married them beautifully with strategic multiplayer co-op action, and provided a witty and engaging narrative. There were also a bucket load of zombies to dispose of. Years later and the title is still a wonderfully enjoyable, if dated, first-person shooter. In many ways it has continued to be the king of four-player multiplayer experiences, with a variety of competitors rising and failing to match the original game’s addictive qualities. 13 years later and Turtle Rock Studios’ feels confident enough to add a new contender to the throne. In this sense, Back 4 Blood has arrived as a true successor to Left 4 Dead; and it is pretty great.

As far as spiritual successors go, Back 4 Blood has it all: fast and unwaveringly precise shooting with very few ways to game the system; an indomitable artificial intelligence (AI) that throws everything it has at players with not so much as a second thought; and a whole lot of grotesque zombie creations with no real origin story. Everything Back 4 Blood brings to the table improves upon the classic Left 4 Dead formula in ways no other competitor has managed to do. Gameplay mechanics have been tightened up nicely too, while new features have been added to bring it in line with modern shooters.

Despite a few baffling and seemingly half-hearted inclusions (more on this below), it is clear Back 4 Blood is first and foremost a “premium multiplayer” experience. In the most basic sense, teams of up to four survivors are tasked with making it from point A to B through levels infested with all sorts of zombies. These levels are broken down into four or five big – mostly linear – areas gated by special objectives. Weapon and gear are based on an arbitrary shopping system and special perks and buffs are governed by cards unlocked throughout the game. Sound familiar? It should, as it is essentially the original Left 4 Dead formula, but modernised to fit gamers in 2021.

From all of the thousands of zombies in any given level, two types reign supreme. The Ridden are the standard zombies swarming players at all times, while Mutations are the special infected with varied attributes. Tall Boys, for instance, are long and super scary while ogres are the big brutes bumrushing players from far away. A firm and terrifying favourite are the Hockers, which are the pretty ladies with the four arms and the horrific faces (they also spit goop from miles away). As players make their way through the normal missions, more of these special mutations will make themselves known. They are all introduced with a nice and steady cadence (with a fair few coming right after their introduction), making it easy for players to learn how to best take care of them in as efficient of a manner as possible. After all, bullets are more valuable than gold in Back 4 Blood.

Creatures aside, and given the multiplayer nature of the title, Back 4 Blood is extremely light on story. The included narrative essentially only acts as a prelude to the rest of the game, with most cleaners (the human characters) becoming available after the introductory mission (there are tidbits here and there where each survivor is introduced, but that is pretty much the extent of it). With that said, Turtle Rock has done a great job of giving every playable cleaner their own personality. It is already easy to see how well a specific cleaner will gel with the rest of the team during their introduction, but the true interaction between the various survivors comes by way of their quips and banter during missions. Hoffman, for instance, is a pro-firearm and “true American patriot”, while Karlee essentially serves as the polar opposite. The beauty in their interactions during missions happens when players controlling Karlee would accidentally offload their weapons in Hoffman’s direction, or when one of the two manages to pull off a cool headshot from far away. Knowing their dispositions, one would imagine their banter to be argumentative. However, they have been written in a way allowing players to truly fall in love with both of them. This is particularly true in the way they work together, compliment each other, and how Hoffman essentially turns into a big softy whenever someone seems keen to make sure the undead stay dead. These interactions really make the game, and prove how Back 4 Blood is a true successor to the Left 4 Dead throne.

In the end, the characters who are ‘most enjoyable’ will come down to personal preference, but only once missions can be selected and played. This is done by way of the hub area, Fort Hope – the area all players will load into once they choose to play through the campaign. Fort Hope hosts pretty much every other feature available to players in the normal game mode. This includes launching into missions, setting up supply lines (more on this below), and getting ready for missions with basic gear, and player cards.

Missions are called Acts and take players through familiar set-piece tropes of the undead genre as a whole. Fans can expect lots of visits to cemeteries, creepy farms, and dilapidated houses. When all put together, particularly in the way the Ridden interact with the mission areas and set pieces, the overall experience is quite masterfully done. With this in mind, players might often feel overrun directly after periods of quieter gameplay. During the game’s preview period, a common argument was how these sections showcase the inconsistency of the game’s pacing. In reality, however, the pacing works very well. It gives players the necessary breaks they deserve as well as serving to steadily build suspense. Admittedly, the mission structures are hardly new or revelatory. However, they are well-designed and provide an extremely thorough experience from start to end.

Going hand-in-hand with the level design is the way the title handles progression. For a start, Back 4 Blood does away with the stock-standard way of checkpoints and saves (when quitting out for the day). Rather, players will only be able to replay the area of the last mission they successfully opened up, with a fresh batch of gear. This way, the game encourages teams to finish missions before they log off for the night instead of having people drop out in the middle of the match and leaving their friends to fend for themselves.

With a good team in place, supply Lines are the main point of interest for progression in Back 4 Blood. This system allows players to personalise their character builds with cards. These cards provide permanent bonuses in the way of buffs and perks to either single characters or the entire team. In order to get Supply Lines going, players either need to find the necessary cards by looting containers, buying them throughout missions, or spending supply points in the main menu. Playing normally through the game will allow players to earn more than a sufficient amount of in-game currency to get their decks started and, eventually, refined to fit their particular playstyles. The cards also look great, with most of them being rendered in full 3D and featuring the most minute of details. The only major downside about the entire system is having to load into the Fort Hope hub area to manage a deck. It therefore makes the system far less useful during lengthy missions, and could easily be improved with a simple menu tab giving access to the deck builder.

With that said, player cards are not the only activation system to be aware of. With buffs and perks come debuffs and boons to keep everything balanced. These take the form of Corruption Cards, which the game randomly deploys before each mission. Where player cards include buffs to pistol damage or shotgun damage, faster running or healing, or even improved critical shots; Corruption Cards make it more likely for Ridden to be alerted, add Mutations to already-Mutated ridden, or even change the way levels work and look by cutting the power, adding electricity or a blanket of heavy rain, and more. The mixing of randomly generated Corruption Cards with player choice and strategy, goes a long way to increasing replayability and how ‘fresh’ the experience feels. This is especially true should missions need to be replayed multiple times, and allows the title to remain interesting and fun without becoming too tedious or ‘familiar’.

Perhaps the most interesting aspect of the card system is how it implores players to communicate and consider a strategy before embarking on a mission. In this way, certain cleaners might have access to perks and boons not available to others. Therefore, by communicating and selecting choice cards, players can devise plans for possible mission success. As such, full parties of gamers who can be communicated with (preferably via voice chat) are an absolute must in higher difficulties, as the AI bot companions will not suffice. Although the Ridden are easy enough to handle, Mutations with one or two simple Corruption Cards can become overbearing very quickly. With that said, the game comes with a fair collection of game modes meant to make the process easy and fun.

The first game mode players will be encouraged to use is Solo Mode. However, it has a tonne of restrictions. These include making zero progress toward Supply Line Points, disabled stat tracking, and no progress toward Achievements. Similarly, Solo Mode also locks players out of the same deck of cards used in multiplayer (it has a dedicated “solo deck”), and map objectives have been adjusted so poorly, they may as well be non-existent. Worst of all, Solo Mode absolutely needs an internet connection at all times to be enjoyed. It therefore begs the question: why does this mode even exist? Perhaps as a means of further training? Fortunately, the game’s true strengths more than make up for this odd inclusion. After all, it is very clear how Multiplayer is the main focus in Back 4 Blood.

Back 4 Blood not only makes up for an overall lack of Left 4 Dead 3 in the world, but it also comes with a fancy new player versus player (PvP) mode called Swarm. Similar to how the cleaners have to defend against thousands of ridden in the normal game mode, survivors and ridden (now played by real people) take turns facing off in a shrinking play area. Despite this slight difference, the game pretty much plays out in the same way. Of course, those who play as the Ridden will now have unique abilities at their disposal. There is nothing quite like running up to a bunch of grouped up cleaners and spitting all over them with a mixture of goop and acid, or bulldozing a team while they are resuscitating their downed teammates as an ogre. The mode is a fun and nice change when compared to the multiplayer campaign missions.

Back 4 Blood has clearly been designed as a multiplayer first title, and this is where it excels. From the rather basic narrative, through to the exceptional level design and progression systems, Back 4 Blood inspires extreme nostalgia while adding enough to carve its own path in the gaming zeitgeist. In this sense, the card and deck-building systems work very well (despite an odd caveat or two) to provide a wonderful level of team based strategy whilst keeping the repetitive gameplay fresh. Alas, the wonky AI and barebones narrative leaves a lot to be desired for solo players. When coupled with friends, however, it provides one of the most entertaining and insanely enjoyable multiplayer experiences currently available, and acts as a worthy successor to Left 4 Dead.