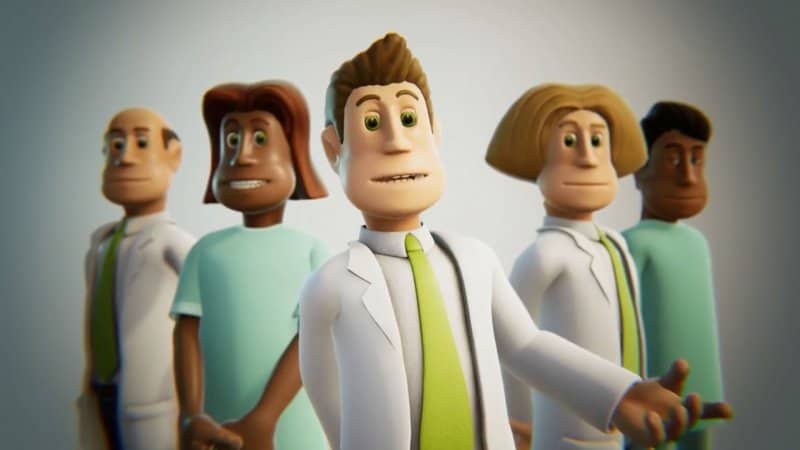 If, like myself, your childhood was primarily 90s based, you would have had the immense fortune of being exposed to the ‘golden era’ of real-time strategy (RTS), point and click and simulation games. Alas, over time, the latter most genre has waned in popularity. Thankfully, 2018 is looking rather good for fans of simulation games. Not only is Jurassic World Evolution bringing back dinosaurs for sim fans, but now news has dropped that Theme Hospital is also getting a spiritual successor in the form of Two Point Hospital.

I have always been a massive fan of sim games, especially those produced by Bullfrog Productions. Some of my favourites, from the now defunct studio, include Dungeon Keeper II, Populous The Beginning, SimCoaster and Theme Hospital. With this in mind, my excitement for Two Point Hospital has increased tenfold, because the game is being developed by Gary Carr and Mark Webley from Two Point Studios. They are two of the original creators of Theme Hospital, and have worked on titles such as Black and White and Fable. As such, the spiritual successor to the 90s classic is definitely in very good hands.

“Gary and I have been talking about this project for a number of years and are really excited to be announcing Two Point Studios’ first game”, said Mark Webley, co-founder of the studio. Co-founder Gary Carr added: “The amazing team we have managed to bring together, and our partnership with Sega, has really allowed this first part of our vision to finally come to fruition”.

Accordingly, the studio hopes to bring back the “humour, charm and replayability” that made the 90s classic so enjoyable. Judging by the first trailer for the game, one that features a strange case of ‘Light-Headedness’, it certainly seems that they are most definitely on the right path.

I am super excited that the sim genre is seeing new additions, and the fact that we are getting two spiritual successors, from two of the best franchises, is nothing short of incredible news. Perhaps a new Dungeon Keeper might be on the horizon? I can only hope.

The original Theme Hospital was released in 1997 for PC, and was eventually ported to PlayStation in 1998. Two Point Hospital is scheduled for release in 2018 on Steam for Windows PC.