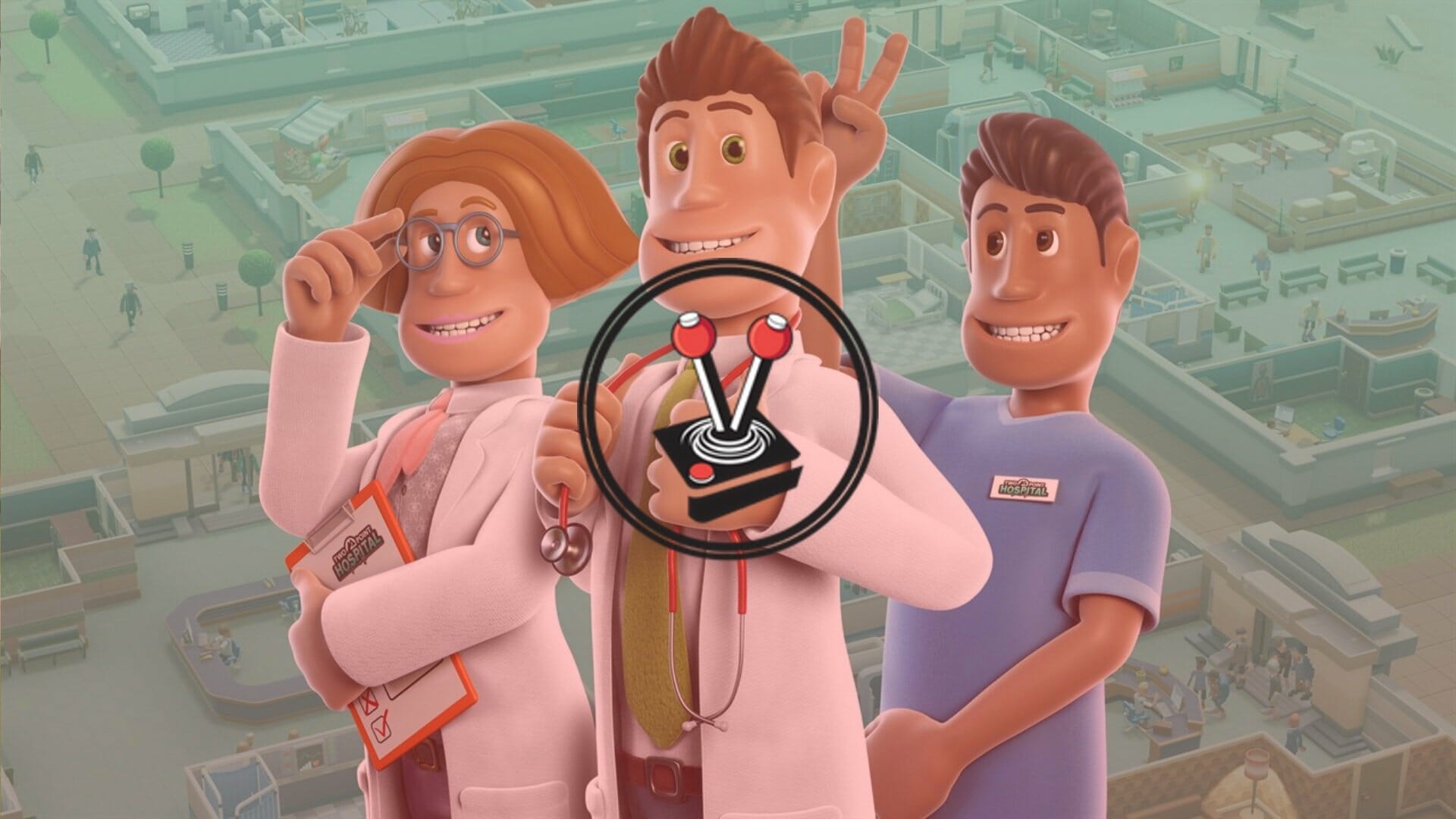 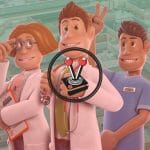 Simulation video games have always been some of my favourites, especially in terms of vehicles. Courtesy of working at Vamers, I have had the pleasure and privilege to expand my scope of simulation titles to a large variety of genres. For the most part, especially in terms of hardcore simulation titles, most games attempt to, on some level, mimic the real-life topic they are simulating. The Sims was, ironically, a good example of this. However, more modern versions of the title have eschewed the core premise of living a ‘digital human life’ through evolving it into something worthy of its own merits. Another game that largely decided to take that route is none other than Two Point Hospital.

Whereas games like Farming Simulator, Gran Turismo, and Forza all simulate real life to the nth degree, games like The Sims and Two Point Hospital take their subject material and make light of it. That is what games are all about, after all, right? Well, thanks to that very reason, I struggled to enjoy the game as much as I thought I would. I must preface this notion with the fact that my feelings on the title are not because it is a bad game (not in the slightest). Rather, it is because the game is a tad too happy for my own personal taste.

Two Point Hospital is, for all intents and purposes, a spiritual successor to Theme Hospital. In the game, you take on the role of director, builder, owner, and whatever-else-a-hospital-needs to run. It is your task to manage every single facet of the hospital and consumer-focused part of medical business. It also requires you to diagnose patients and install the correct facilities to manage those that are ill and/or dying. You know, the usual private medical care shindig.

Your first hospital serves as the tutorial. Here, you are introduced to the basics of treating patients. Every hospital starts out as an empty building which needs to be filled with various rooms, objects, and facilities all meant to increase the happiness levels of everyone in the building. After this, you have to hire general practitioners, pharmacists, specialists, and even janitors and plumbers.

As you may come to expect, hospitals are meant to cure the sick. This is a very bleak outlook, which the game manages to gloss over thanks to its very colourful and cartoony aesthetic. As you play the game, you will have to build an increasing number of rooms meant to take care of an increasing number of sicknesses, illnesses and the like. All of these diseases are also incredibly comical in their own rights. Two Point Hospital has opted to forego the usual simulator aspect of curing the sick, and instead exaggerates all kinds of weird facets. One of my favourite diseases or ailments to treat comes quite early on in the game. It is called “lightheadedness”, but unlike what you would expect it literally means someone’s head is a light. Staffing a “de-lux room” lets your hospital take care of lightheadedness in a pinch – by literally unscrewing the lightbulb. There are countless similar things like this you can expect in the game.

I will say that the game is not afraid of hitting you with something new and interesting at regular intervals. It keeps you on your toes and lets you constantly think about improving the layout of your hospital and keeping the staff happy and awake.. After all, they will often either go fall asleep somewhere or just rage out and not do their jobs. Imagine having to exorcise ghosts while all your GPs are doing bad jobs on purpose because you had one too few vending machines in your building. Yeah, that happened.

Thankfully managing all of this is quite an easy task on the console. The port is flawless compared to the Microsoft Windows version, and controls are surprisingly very intuitive. As you might expect, the analogue sticks control the cursor and the camera, while shoulder buttons zoom in and out and handle rotations; face buttons help to activate the menus and overlays, while the D-pad also helps in this regard. The game also intuitively features shortcuts that speed up interactions. Kind of like macros on PC. These are activated by holding certain buttons a teeny bit longer than usual. Doing so lets you move objects without entering the menu at all, delete certain objects, pick up staff, and so on. I have not played the PC version in a long time, but the console port also has this nifty feature that allows you to copy any room in order to duplicate it elsewhere in your hospital. This makes it very easy to create multiple offices if you are in dire need of general practitioners.

Honestly, my only gripes about the game come down to how little it manages to capture my interest. To me, this kind of simulation only goes so far as to satiate my curiosity. Unlike The Sims, you cannot actively find ways to kill your patients, and once dead, the only interesting thing that happens is how you can draft a possible Ghostbusters sequel (read: actually good entry – probably) from watching the exorcists do their… exorcising. This is admittedly a moot argument, considering you would know whether this is your kind of game or not by looking at nothing more than the trailers. If you enjoy what you have seen in this regard, chances are you will find value in the game. If you already own the game on PC, I do not see a reason to own it on console. With that said, it is an excellent console port with a fantastic control scheme for console controllers. As such, if you are new to the series and gaming consoles are your primary gateway to gaming, this is a fine game to purchase – more so when you consider it includes all the currently released downloadable content.

Two Point Hospital is admittedly a great game. From an intriguing focus always managing to stir a chuckle, to gameplay that always keeps you on your toes; the game has a lot going for it. It is just a bummer that it will only reach a very niche audience – one which I am not a part of.