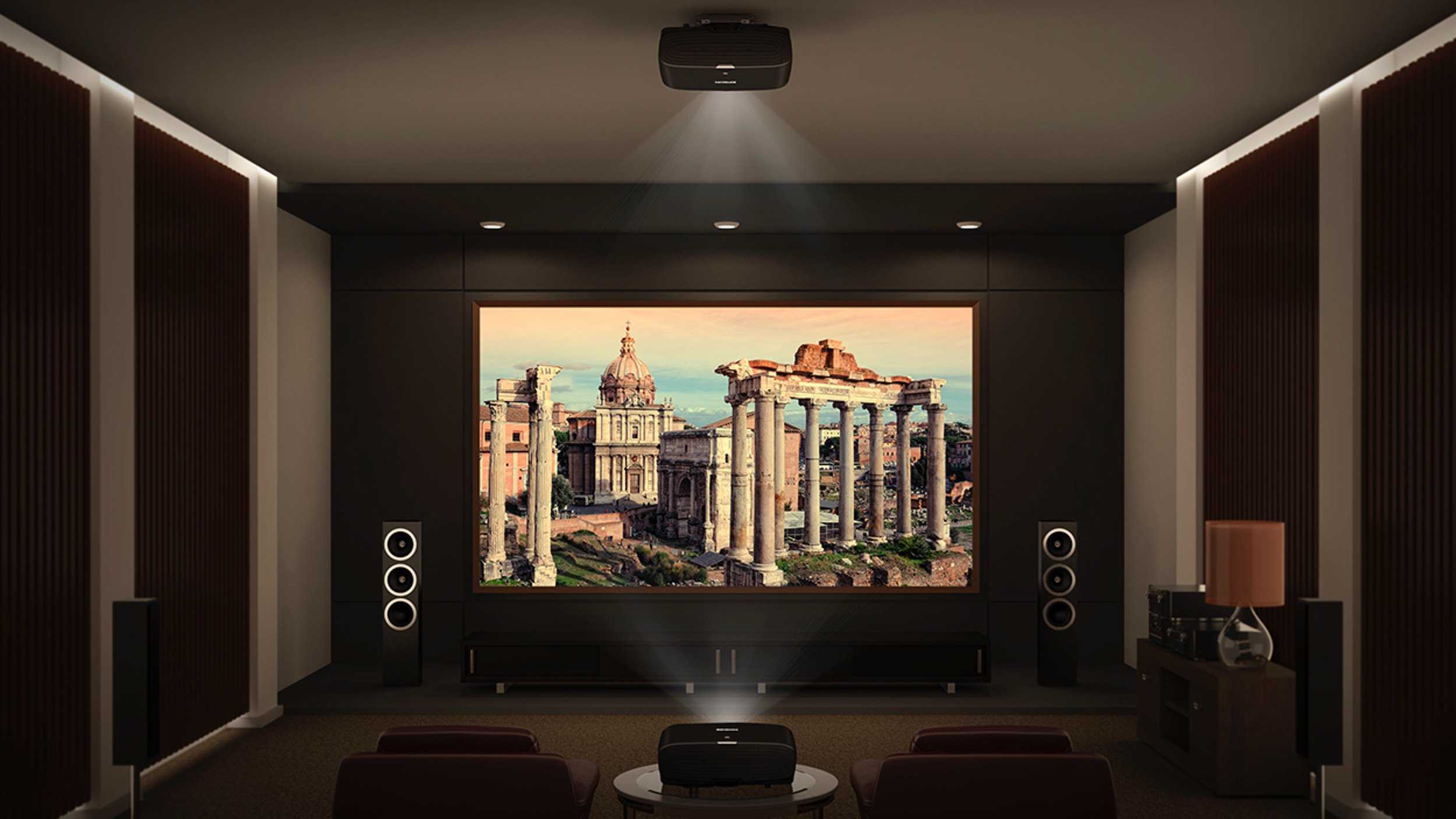 Epson South Africa recently held a “Life in 4K” event to celebrate the launch of its new range of full high definition (FUD) and 4K home-cinema projectors. As the “world’s number one projector brand for 15 years in a row”, the Japanese company’s products are certainly at the forefront of the home-cinema revolution. With this in mind, the newly launched products have a focus on bringing the cinema experience to the home, with options that should satisfy both casual users and entertainment aficionados.

For the most part, when people think of enjoying entertainment at home, the first inclination is to look at purchasing a brand new television. With the rise of 4K Ultra High Definition content for both games and entertainment media, getting a television is the easiest route [I recently took ownership of the gorgeous Samsung KS9500 – review coming soon]. Choosing the right television, however, can be quite a challenge. High Dynamic Range, for example, is not supported by all 4K televisions. Even worse, there are different kinds of HDR formats. Then there is terminology like UHD vs SUHD, HDMI 2.0a and 2.2 and so on. Choosing a new television can be quite a daunting task. Choosing a UHD television aside, there is an aspect of home cinema that I did not think about at all until Epson’s recent event: home-cinema projectors. 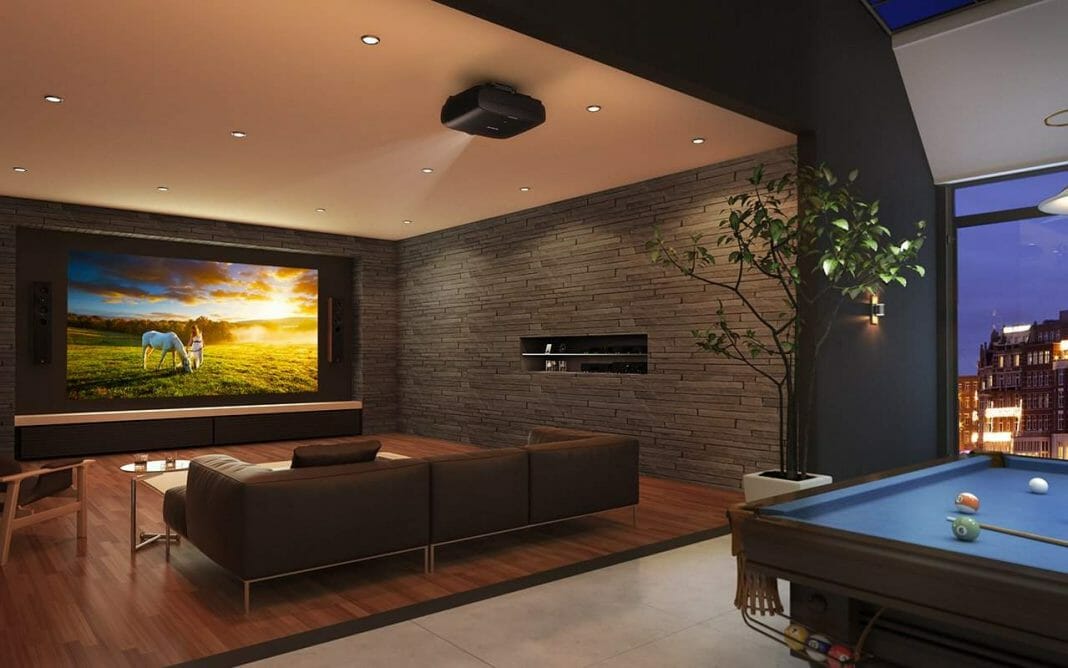 For the longest period of time, projectors have often been reserved for high-end home-cinema users. This notion exists because the cost of buying and then maintaining a projector has always been traditionally quite expensive. With that said, new high-end UHD televisions can easily reach the R400 000 mark (Example: 88″ Samsung KS9800). As such, the idea that projectors are ‘unaffordable’ has gone right out of the window with the 4K and UHD era. It also puts light on why projectors may be viable alternatives to standalone televisions – especially for people who would like an image size greater than 65″.

All of Epson’s new home-cinema projectors use the company’s in house developed 3LCD technology to drive the image that is being projected. This differs to many projectors on the market that use DLP (Digital Light Processing) technology. The main benefits of 3LCD technology over DLP are: brighter colours and finer image gradation, uses less power and, the main draw card, it is cheaper than conventional DLP projectors. It also allows Epson’s new home cinema-projectors to feature incredible contrast and brightness levels. 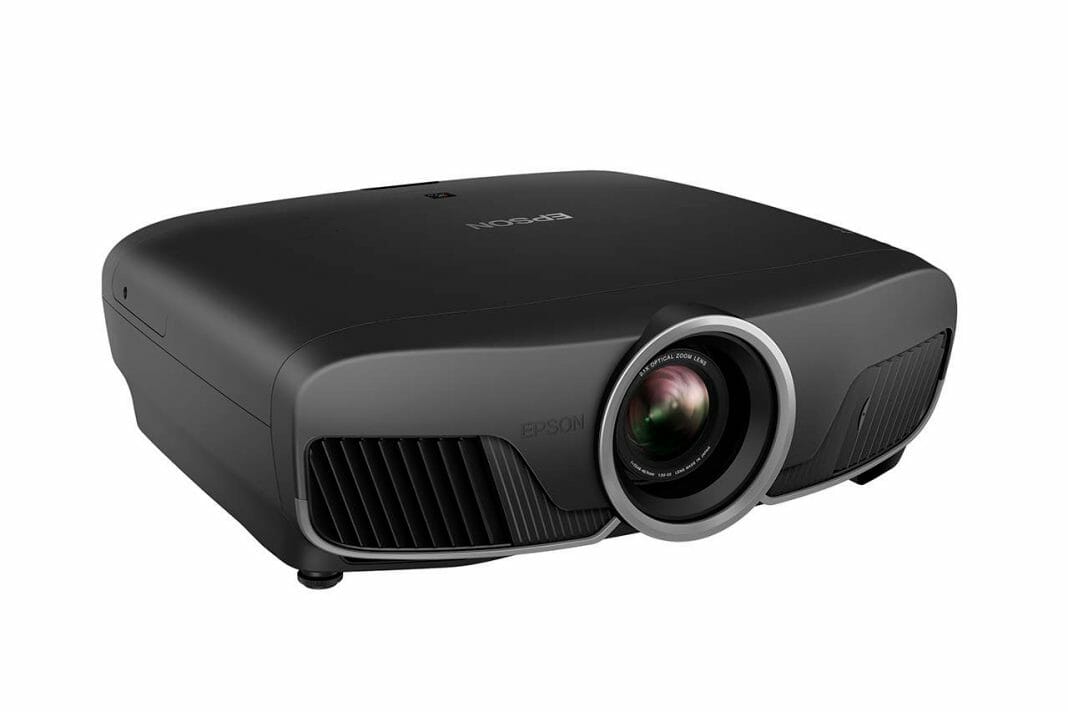 Of all of the home-cinema projectors on show, the most impressive was Epson’s new flagship: the EH-TW9300. This unit is 4K capable (24Hz – 60Hz), supports 12-bit colour (higher than the UHD Alliance’s 10-bit recommendation), and has support for utilising the Rec. 2020 colour space – this is integral for HDR content to display properly. It also fully supports HDMI 2.2 and has an astounding contrast ratio of 1 000 000:1, with a maximum of 3000 lumens of brightness – making whites pop and blacks inky deep. The unit was hooked up to an Xbox One S at the event, which was playing the UHD Blu-Ray of The Martian (2015). Although the unit did have issues interfacing with the Xbox One S (HDR was not available) the picture still looked crisp with excellent colour reproduction.

As exquisite as 4K content can be, a majority of entertainment media is still rendered at FHD (1080p). With this in mind, Epson’s EH-TW9300 has some of the best upscaling technology I have seen. Epson calls the technique “4K-Enhancement Technology” and it works by showing two images per frame, and then slightly shifting one of those images by a single pixel diagonally. Doing so effectively doubles the resolution, resulting in an emulated 4K experience that, quite frankly, surpassed expectation. The upscaling was shown by means of using a DVD of Avatar (2009). The effect was so good that many thought a BluRay was playing. In addition to 4K upscaling, the projector also features frame interpolation technology in order to smooth out motion in scenes – perfect for those who enjoy watching televised sports events. The effect can be adjusted to either enhance or get rid of that “soap opera” effect for games and movies.

Epson’s EH-TW9300 also has a fully motorised optic system. This means that the unit is able to project the image with a deviation that ranges vertically by ± 96.3 % and horizontally by ± 47.1 %. In other words, no matter where the unit is placed in a room, it will be able to project an image onto a surface. Everything is motorised, so there is no need to manually adjust anything. It also features WiFi for firmware updates or for sending content to the unit from iOS or Android devices using the mobile Epson app.

Unlike televisions that are backlit, projectors use bulbs to project images. As mentioned before, bulbs form part of the maintenance that projectors require, and in the past they were rather costly. Thanks to advances in lighting technology, this cost has come down considerably (less than R3000 per bulb). With this in mind, Epson has indicated that a single bulb has a life span of roughly 5000 hours. That works out to watching a standard length film, every night, for about 7 years. Not bad, depending on how much media you or your family might consume. In my household, for example, we would probably need to replace the bulb every 24-36 months or so given the 5000 hour lifespan – yes, we watch more television than we should!

Epson’s EH-TW9300 has a suggested retail price of R52 725, and that is before the costs of installation, calibration or any needed screens/accessories – as this unit needs to be professionally installed.

Unlike the EH-TW9300 and EH-TW7300, Epson’s much smaller EH-TW6700 is not a 4K capable projector. Instead, this projector is aimed squarely at users who are still hesitant to make the move to 4K, and therefore has a 1080p (FHD) resolution and built in speakers. It also has a lower contrast ratio at 70 000:1 and does not have motorised optics. Lastly, it is about a third smaller than the other two offerings. It has a suggested retail price of R31664.

After spending some time with these home-cinema projectors, I almost felt like I should jump onto the projector bandwagon. I must say that my choice to stick with a UHD television for 4K media is now a little less assured than before. However, as good as these projector are, and the 9300 really is great, there is one major caveat that effects all projectors: ambient lighting.

Each of the units on show were contained within environments that emulated dark home cinemas. As such, lighting was at a minimum and curtains were drawn closed. Despite this, simple ambient lightning from nearby televisions and corridors actually had an impact on the image quality being projected. It goes without saying that anyone who is looking for a projector will, quite literally, need a ‘home cinema’ room. A space devoid of light so that the image reflected does not lose clarity, colour or contrast. If I had the space and a dedicated entertainment room, I would definitely consider getting one of these home-cinema projectors. Until then, a UHD television will do for a family room that has more windows than it needs.