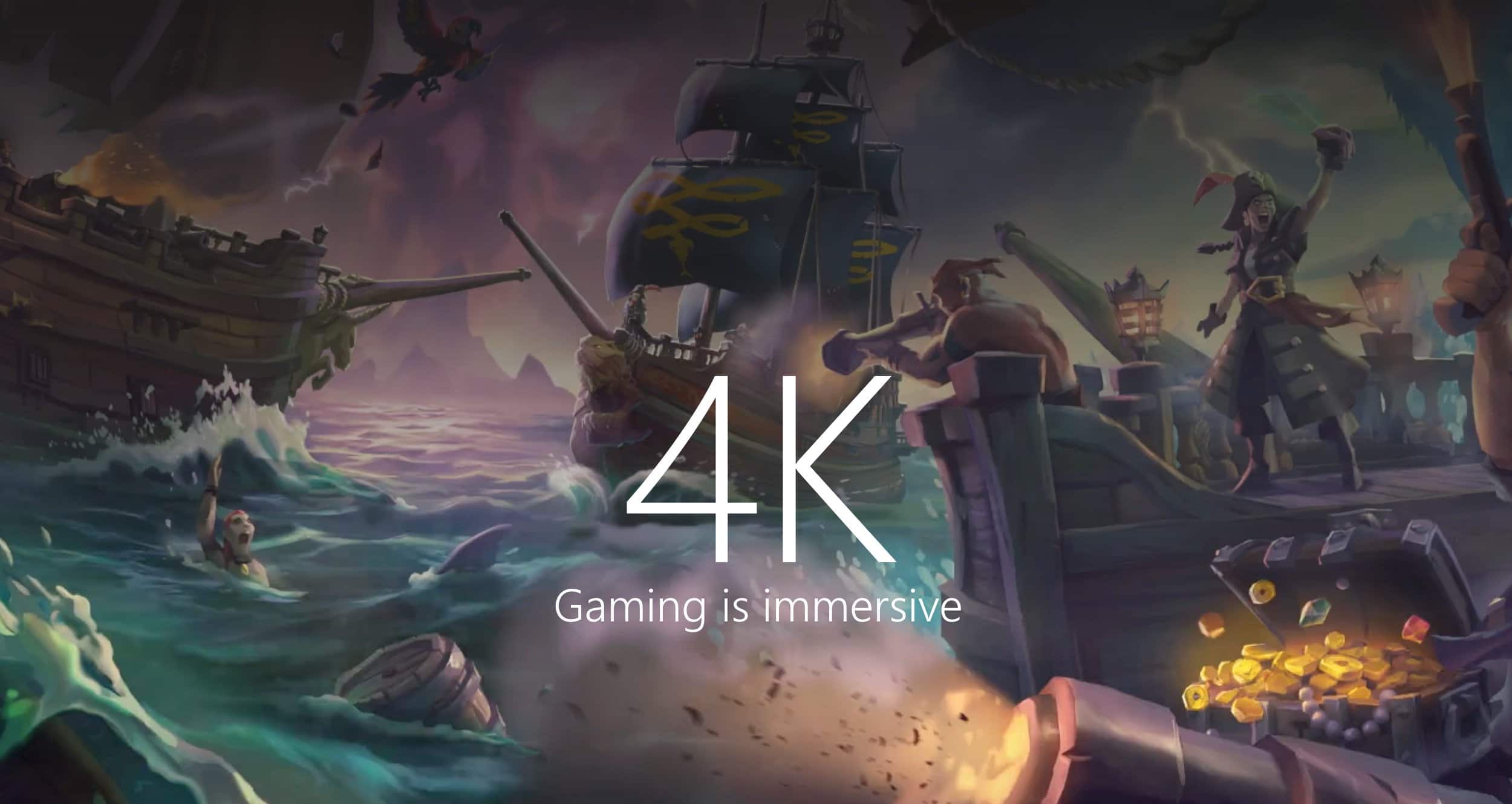 When Microsoft first announced the Xbox One X as Xbox Project Scorpio at E3 2016, they promised a system that would run and render games with a native 4K Ultra High Definition (UHD) resolution. For all intent and purpose, and according to the gentlemen over at Digital Foundry, the recently revealed console is more than capable of performing such a technologically demanding feat. Even so, there are many who do not believe that Xbox One X games are capable of being rendered at this resolution, and this skepticism is not entirely misplaced.

Sony continues to maintain that the PlayStation 4 Pro is a 4K-capable console. The truth, however, is that the console does output at 4K, but it does not render very many game assets at that resolution (the keyword here is ‘render’). Although most PlayStation 4 Pro games might have a 4K framebuffer, this does not mean that the game is rendering at that resolution. Rather, most games come in at 2K (1600p) and are then upscaled to 4K using a method known as ‘checkerboard rendering’. Although Microsoft maintains that the Xbox One X is also capable of rendering games at native 4K, which Digital Foundry has confirmed, their new product packaging labels make it quite clear that this may not always be the case.

All future Xbox One games will have three different labels going forward, namely:

The initial takeaway from the labels above is that all games with the 4K Ultra HD label will render in native 4K. Alas, this is not entirely true. Given Microsoft’s own description, games that use checkerboarding and dynamic resolutions will also be included under this label. This means that, like the PlayStation 4 Pro, a game may render assets at a lower resolution, but output to a native 4K framebuffer. As long as the framebuffer is 4K, the game can use this label. Personally, I would have preferred if Microsoft kept the 4K UHD label for games natively rendered in that resolution, and used Xbox One X Enhanced for everything else.

With the above in mind, which announced Xbox One X games are currently being rendered in native 4K without using any additional rendering techniques? This is a question we felt needed an answer.

As such, we have compiled a list of games that we understand will render natively at 4K UHD – confirmed during the Microsoft E3 2017 press conference as “True 4K” or directly via the developer. Barring any changes, the following games will render assets at a native 3840 by 2160 pixels (4K UHD) on Xbox One X (we will continuously update this list as more games are confirmed):

There are also a variety of other games that will take advantage of the additional horsepower provided by Xbox One X. These games may also render their assets in 4K or slightly lower or they may use a rendering shortcut or two to get to that ‘4K result’; like using a dynamic resolution. Alternatively, developers might use the console’s extra overhead to add Dolby Atmos surround sound, to increase framerates, add better textures etc. Microsoft has been clear that it is up to the developers in terms of how they use the Xbox One X’s capabilities.

The following list of Xbox One X games will be ‘enhanced’ in some way (we will continuously update this list as more games are confirmed):