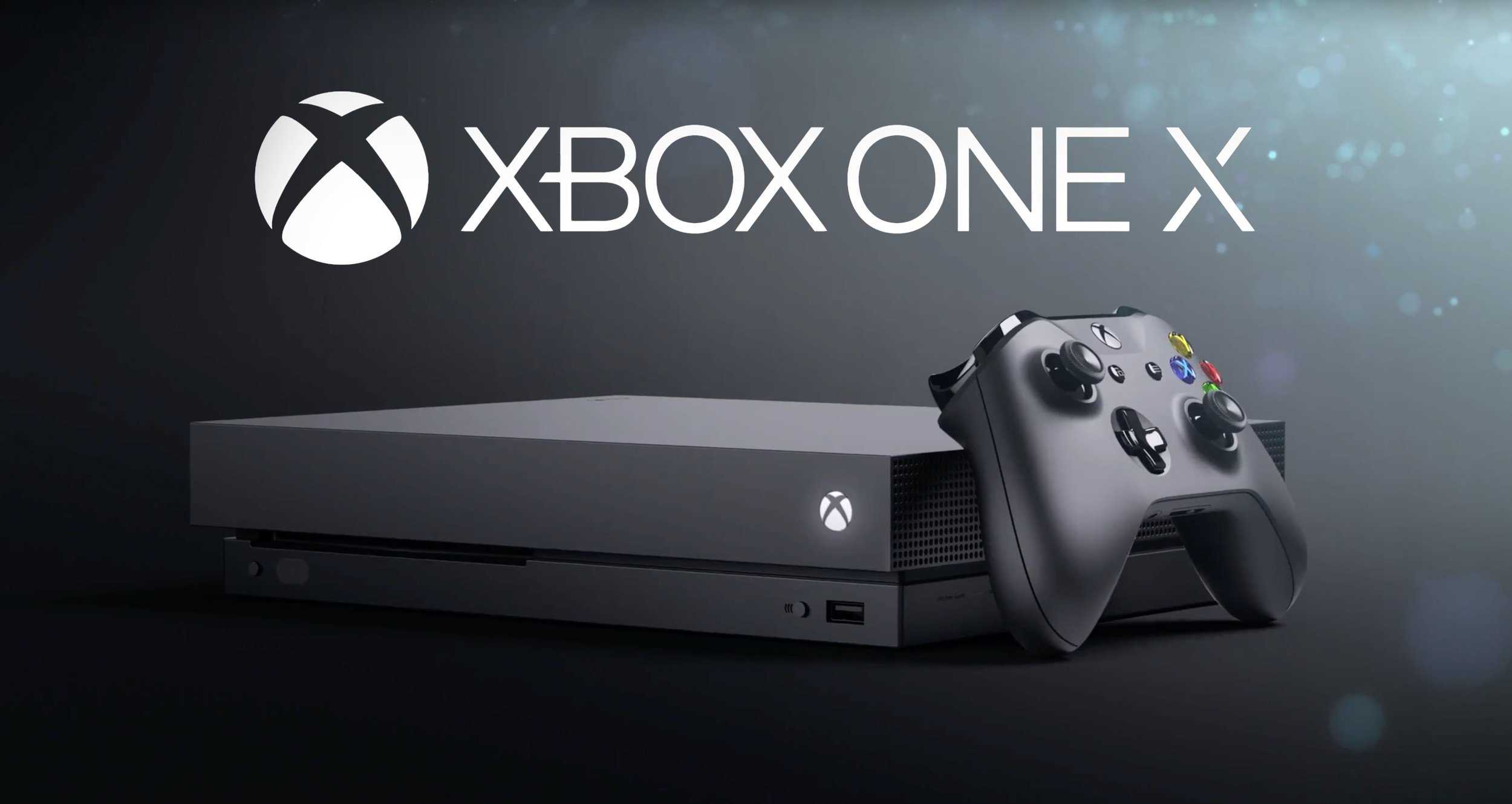 At E3 2016, Microsoft announced Xbox Project Scorpio. The new console would be a mid-cycle refresh of the Xbox One and the Seattle based company’s answer to the PlayStation 4 Pro. Now, a full year later, Microsoft has finally unveiled the new console’s name, launch date and price. Say hello to the Xbox One X.

Microsoft calls the Xbox One X “the world’s most powerful console”, which it is since it is the newest. Similarly to the PlayStation 4 Pro, the new console is designed for immersive 4K gaming. Unlike Sony’s console, however, the Xbox One X appears to actually have the ability to run games at true 4K resolution. Better still, and like the Xbox One S, the new console also has an Ultra High Definition (UHD) Blu-Ray drive, so it will also be great for media.

Over the last year, there has been a lot of speculation concerning the price of the new system. Rumours have ranged from a highly desirable US $400, to an insanely high US $700. With that said, Microsoft have mentioned on numerous occasions that the new console would be a premium device. Those rumours have now been answered.

In terms of the design of the Xbox One X, many would not be remiss for assuming that this new console is merely another colour variant of the excellent Xbox One S. The two consoles are nearly identical save for a few stylistic differences, like the sleek matte black colour and the fact that the Xbox One X is, rather unbelievably, even smaller in size. Overall, it looks like Microsoft’s design team decided to follow a “if it ain’t broke” attitude; which is by no means a bad thing. After all, the two consoles should look familiar since they do belong to the same Xbox One family of consoles. 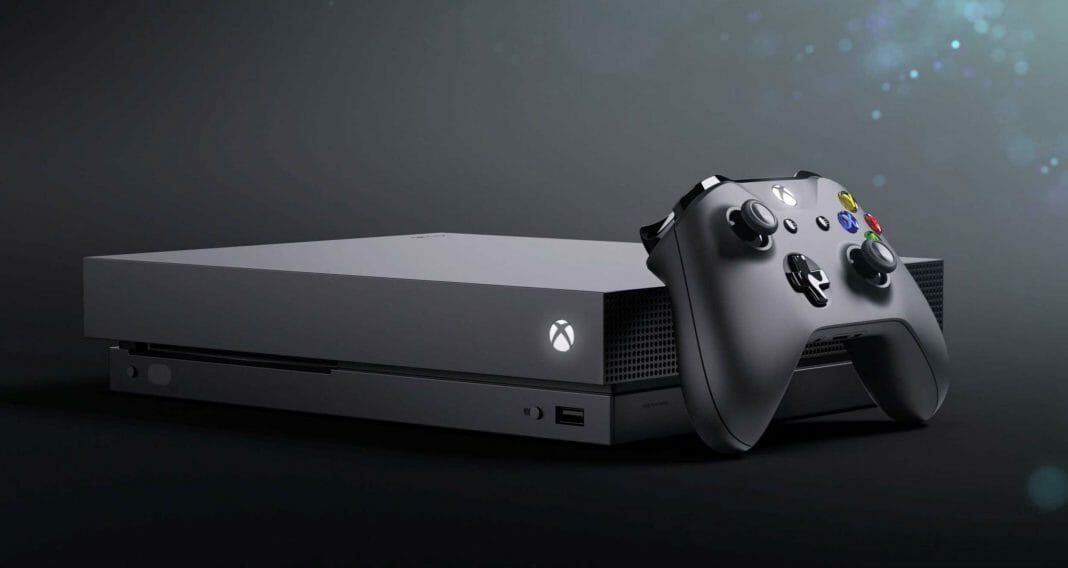 Like the Xbox One S, it includes a 4K UHD Blu-ray player, built-in power supply, three USB 3.0 ports (one in the front and two in the back), and an Infra-Red blaster. The Xbox One X can be placed horizontally or even vertically (with an optional stand to preserve airflow).

For those who, like myself, will be upgrading from the Xbox One S to the Xbox One X; all the cables you own will transfer over, with port locations designed to be an easy plug-and-play swap in your existing gaming setup. Couple this with using an external USB 3.0 drive for games, and switching over to the new console will be an absolute breeze.

Although the Xbox One X is a new console, Microsoft have made it very clear that their focus is on “hardware innovation without sacrificing compatibility”. As such, all existing Xbox One games, including Xbox Play Anywhere titles, Backward Compatible Xbox 360 games and Xbox One accessories, will be compatible with Xbox One X. Even better, all current and past Xbox One games will load faster and look and play better, on the new console. 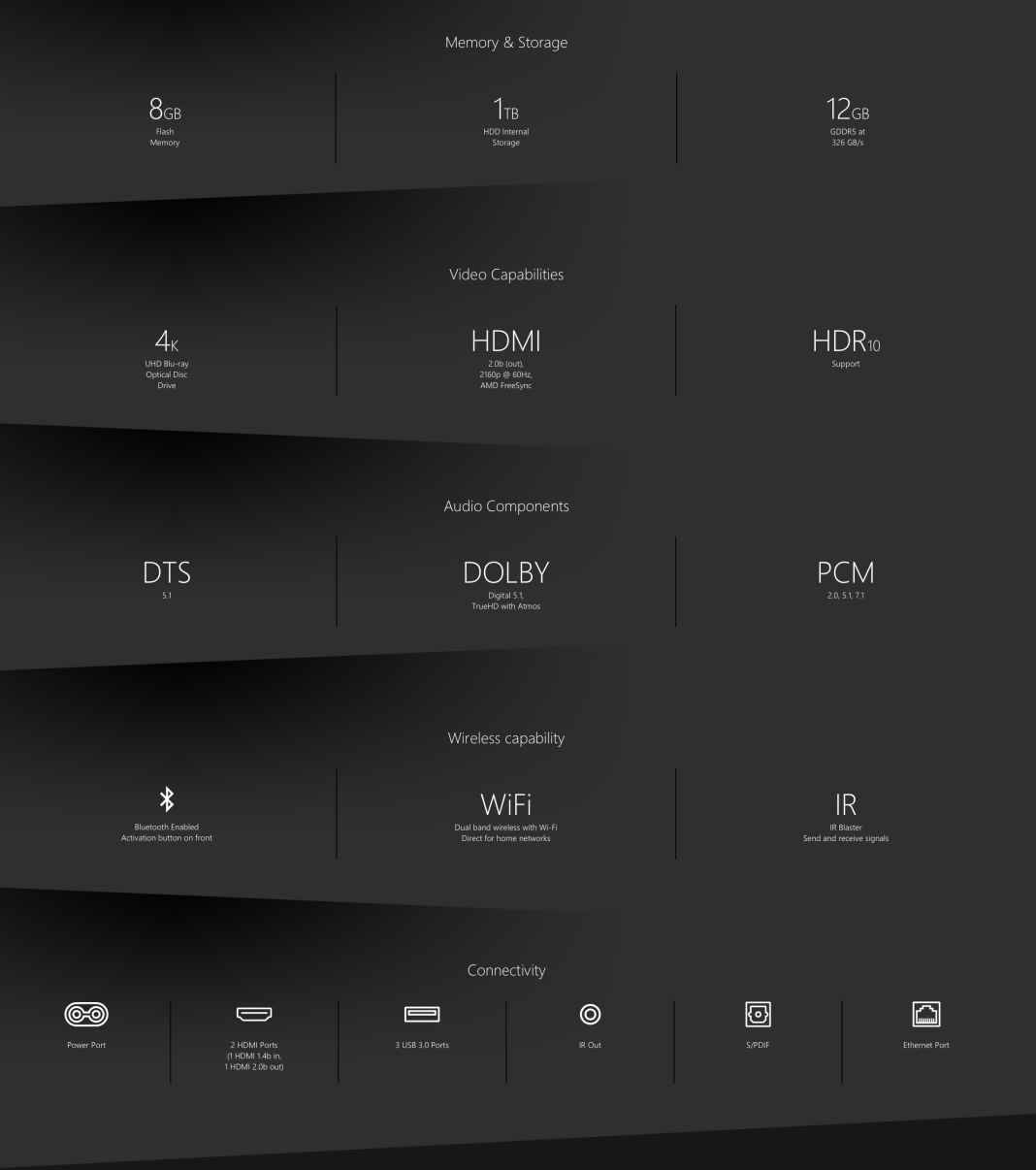 Microsoft is very quick to point out, and rightfully so, that the Xbox One X has 40 percent more power than any other console on the market, making it “the world’s most powerful console”. With this in mind, multi-platform games will obviously play better on the new console. According to Microsoft, it is the first time that they have engineered a system around the latest cutting-edge video game engines, most of which power many of the latest games.

Interestingly, Microsoft have also mentioned that people who have yet to make the jump to 4K televisions will still benefit. Apparently the Xbox One X’s 6-teraflop Scorpio engine has built-in supersampling for 1080p outputs. This means more visible detail and smoother edges at that resolution, along with faster with more efficient loading times. Its a win-win for anyone upgrading to this machine. 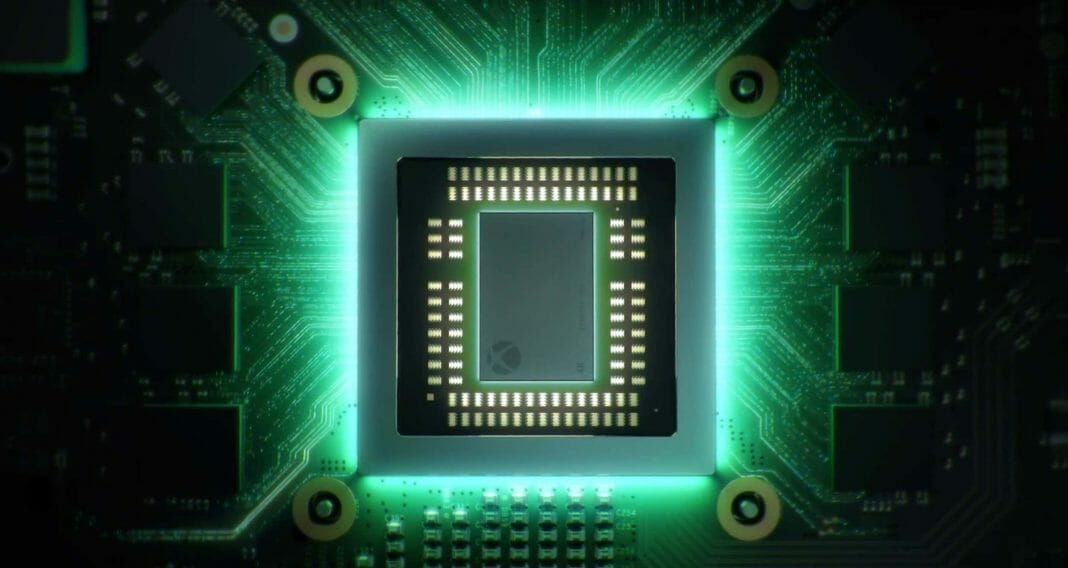 Of course, the big selling point for the system is its 4K capabilities. Microsoft has said that the “Xbox One X is built for true 4K gaming”. As such, the new console has 2160p frame buffers and support for High Dynamic Range and Wide Color Gamut. Microsoft has also pledged to update all first party titles to take advantage of Xbox One X. The new program will add an “Xbox One X Enhanced” label to all games that take advantage of the new systems capabilities.

Right now, it is confirmed that the following games will be Xbox One X Enhanced at launch: Gears of War 4, Forza Horizon 3, Minecraft, Resident Evil 7, Final Fantasy 15, and Rocket League. It should also be noted that some of this year’s biggest blockbusters will also be launching on Xbox One X with true 4K support, including Forza Motorsport 7.

In addition to the resolution of games, the Xbox One X will also take the 4K experience further by recording game clips in 4K at 60 frames per second along with 4K screenshots. The system will also support Dolby Atmos and spatial surround sound.

In just a few short months, the Xbox One X will be on store shelves. Like with all Xbox One products, the new console will be available from all major retailers.

For myself, the Xbox One X will be a day one purchase because I have a gorgeous 4K television that will be able to showcase and take advantage of the system’s abilities. However, will it be worth the upgrade for everyone else? Only time will tell.