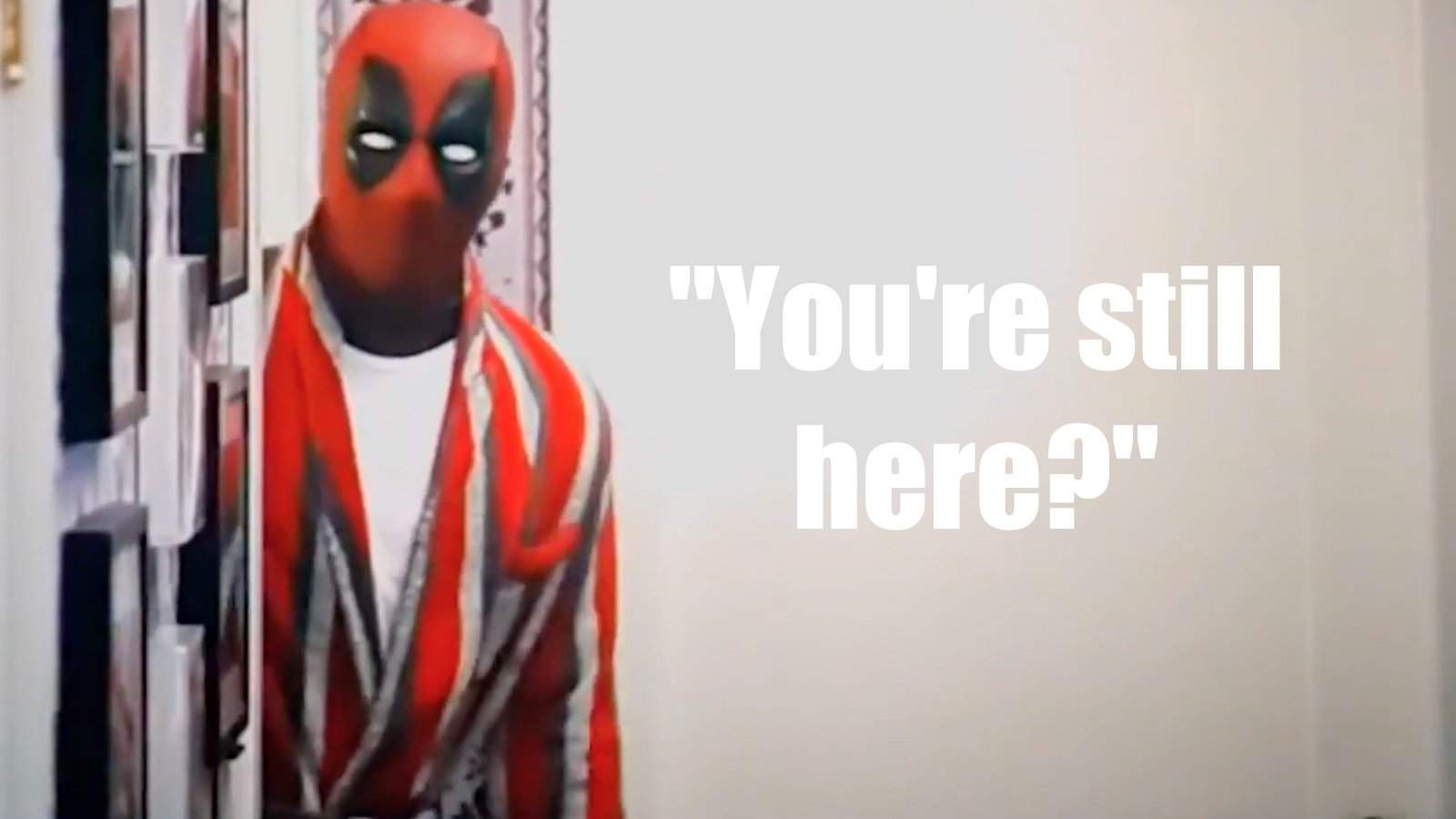 Deadpool is well known in the comic universe for “breaking the fourth wall”, a term given to characters in film, literature or video games who often acknowledge, and are aware of,  the viewers, readers and gamers. One of the best examples of this phenomena is at the end of Deadpool (2016), which features a glorious “fourth wall breaking” post-credits scene.

Fans of Marvel movies know that each superhero movie has a post-credits scene that references other movies in Marvel’s Cinematic Universe. Despite being co-produced by 20th Century Fox, Deadpool (2016) does indeed reward fans with one of the best post-credits scenes yet seen from a Marvel movie.

The team over at New Rockstars have done an excellent job of breaking down the Deadpool (2016) post-credits scene, which they reveal is actually a wonderfully replicated homage to Ferris Bueller’s Day Off (1986). They also offer additional clarification of Deadpool’s many references to Marvel’s Cinematic Universe and even go so far as to explain the character of ‘Cable’ and his importance to the storyline of ‘Deadpool 2′. Enjoy!