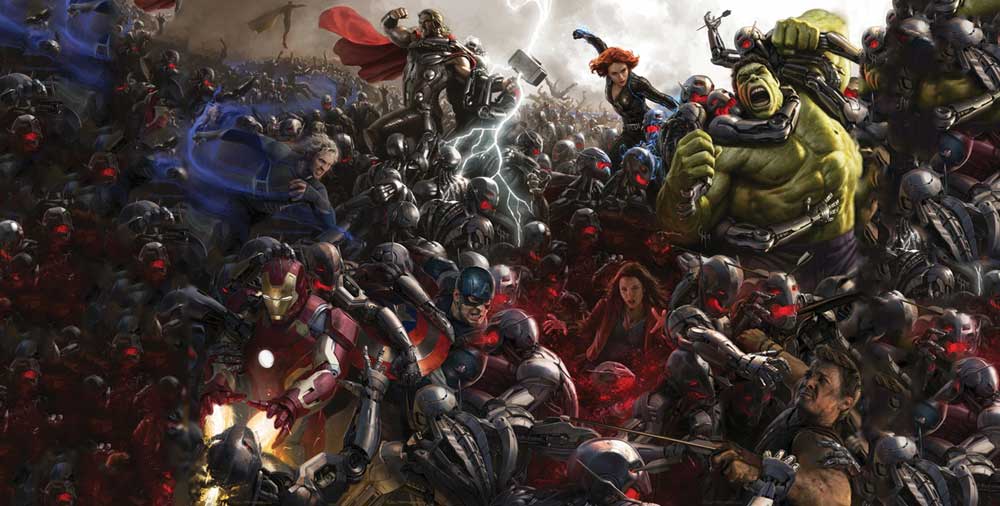 In addition to traditional film posters featuring each of the Avengers, moviegoers may have spotted a few standalone posters that feature some gorgeous artwork. What they may not have noticed, however, is how some of those posters are actually part of a much larger image.

For the release of Marvel’s Avengers: Age of Ultron, the comic book powerhouse took a gorgeous piece of concept art for the film (as seen above) and split it into a series of individual posters.

The artwork was created for Avengers: Age of Ultron by Ryan Meinerding, a concept artist for the film, and depicts an epic battle between the Avengers and Ultron’s many sentries. The same artwork also features a few easter eggs, like the addition of the film’s most elusive character, Vision.