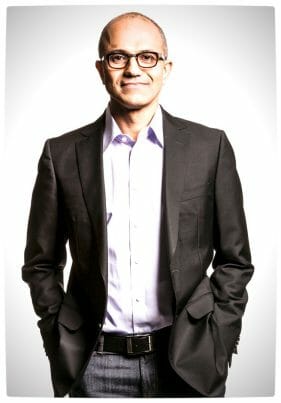 In an internal letter (the first of many from Microsoft’s newest Chief Executive Officer) Nadella writes “While we have seen great success, we are hungry to do more” and that “this is a critical time for the industry and for Microsoft“. Nadella goes on to promise that he will be taking the company to greater places and that Microsoft will be evolving along with, and ahead of, technology.

Nadella originally hails from India where he attained a Bachelor of Engineering in Electronics and communication degree from the Mangalore University. He later moved to the United States of America to pursue a Masters of Science degree in Computer Science at the University of Wisconsin-Milwaukee and a Masters of Business Administration from the University of Chicago.

Along with the news of Satya Nadella having been appointed as Microsoft’s new CEO, it has also been announced that Microsoft founder Bill Gates has stepped down as chairman of the board, and will instead be stepping up as technology adviser to Microsoft’s newly appointed CEO. Bill Gates’ former position will be succeeded by John Thompson, CEO of Virtual Instruments.

Ballmer is out. Nadella is in. Long live Bill Gates.