Marvel’s X-Men have been around for over half a century. As such, numerous mutants have joined Professor Xavier’s school for the gifted in an attempt to better the world.

To celebrate the 50th anniversary of the X-Men, British illustrator Leigh Wortley partnered with We Love Fine to produce an infographic that celebrates and showcases every single mutant to have been a part of the X-Men movement over the last five decades.

Can you name all of the mutants? If not, no worries, for we have included a ‘cheat sheet’ below the main infographic. 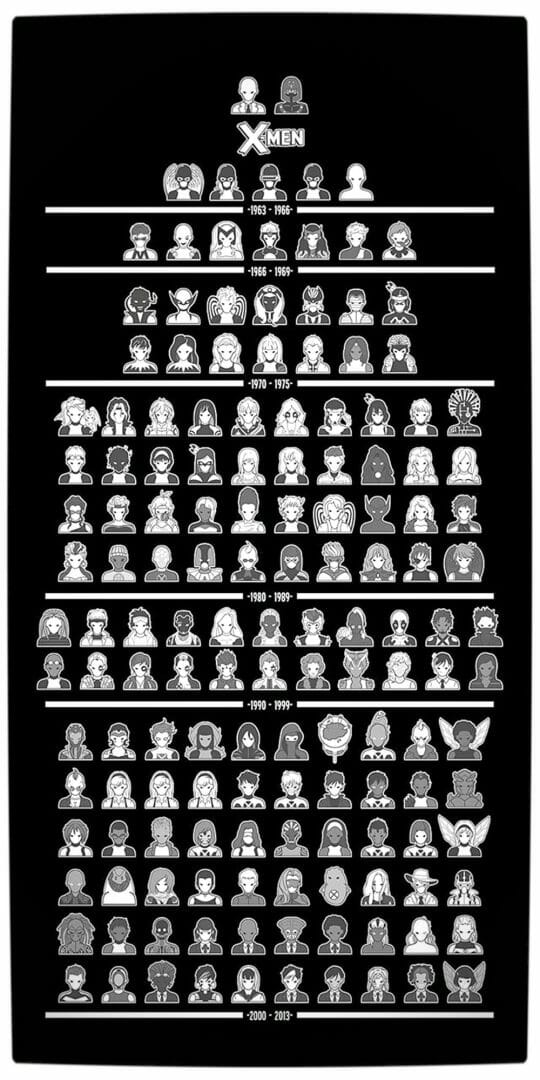 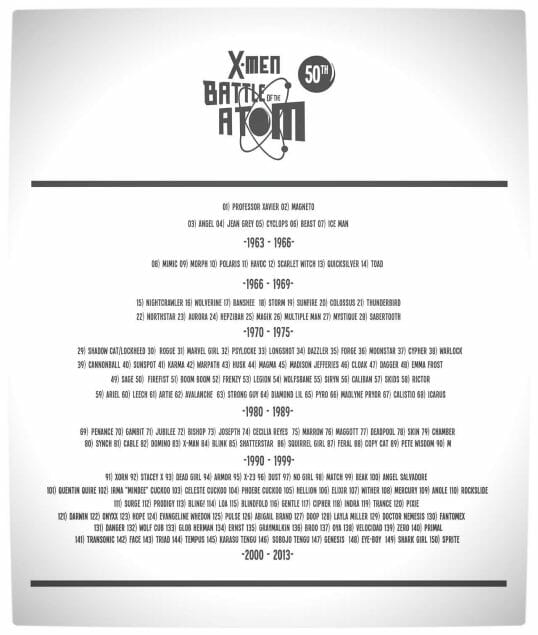