Eric Proctor, a US-based Digital artist also known as ‘TsaoShin’ on DeviantArt, recently had the insight to imagine what it would be like if everyone’s favourite Grumpy Cat happened to feature in Disney animated movies. Proctor put his fresh idea to “paper” (actually a recently acquired tablet) and before he knew it his original illustration went viral across the Internet.

Due to the popularity of Proctor’s original and ingenious Grumpy Cat and Disney mashup, the artist decided to extend the parody series into a new collection called ‘Grumpy Cat Disney’. Each new artwork features ‘Tardar Sauce’ (that is the Grumpy Cat’s real name) in a scene from classic Disney animated movies, such as The Lion King, The Little Mermaid and Aladdin.

Created with photoshop, Grumpy Cat currently says ‘No’ as the new king of the jungle, ‘No’ to Aladdin as Princess Jasmine, and ‘No’ to foregoing his tail for legs as Princess Ariel. Proctor has announced that future works will include scenes from Beauty and the Beast and Tangled – images that will be added to this post once released.

The series is beautifully illustrated and ingeniously fresh. Enjoy! 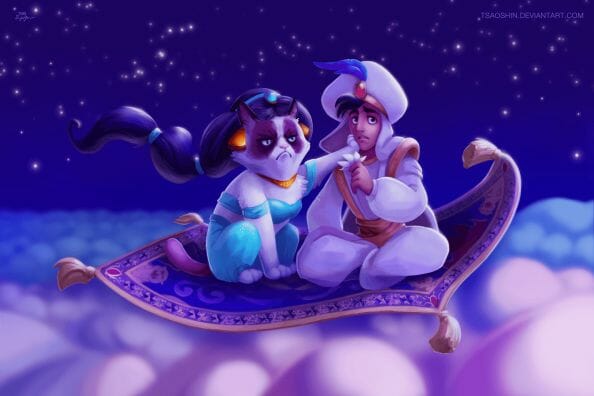 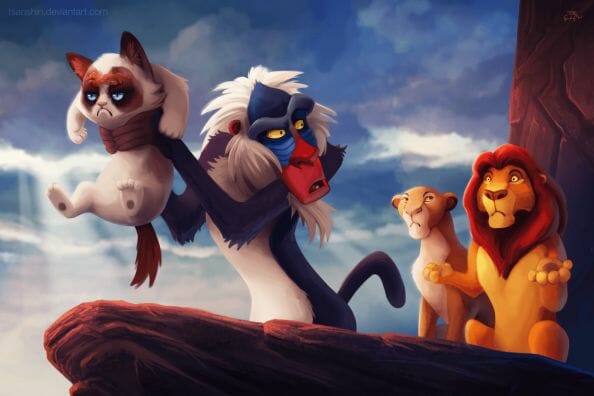 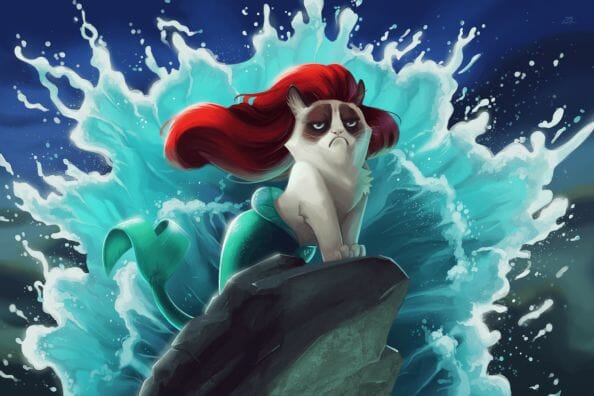