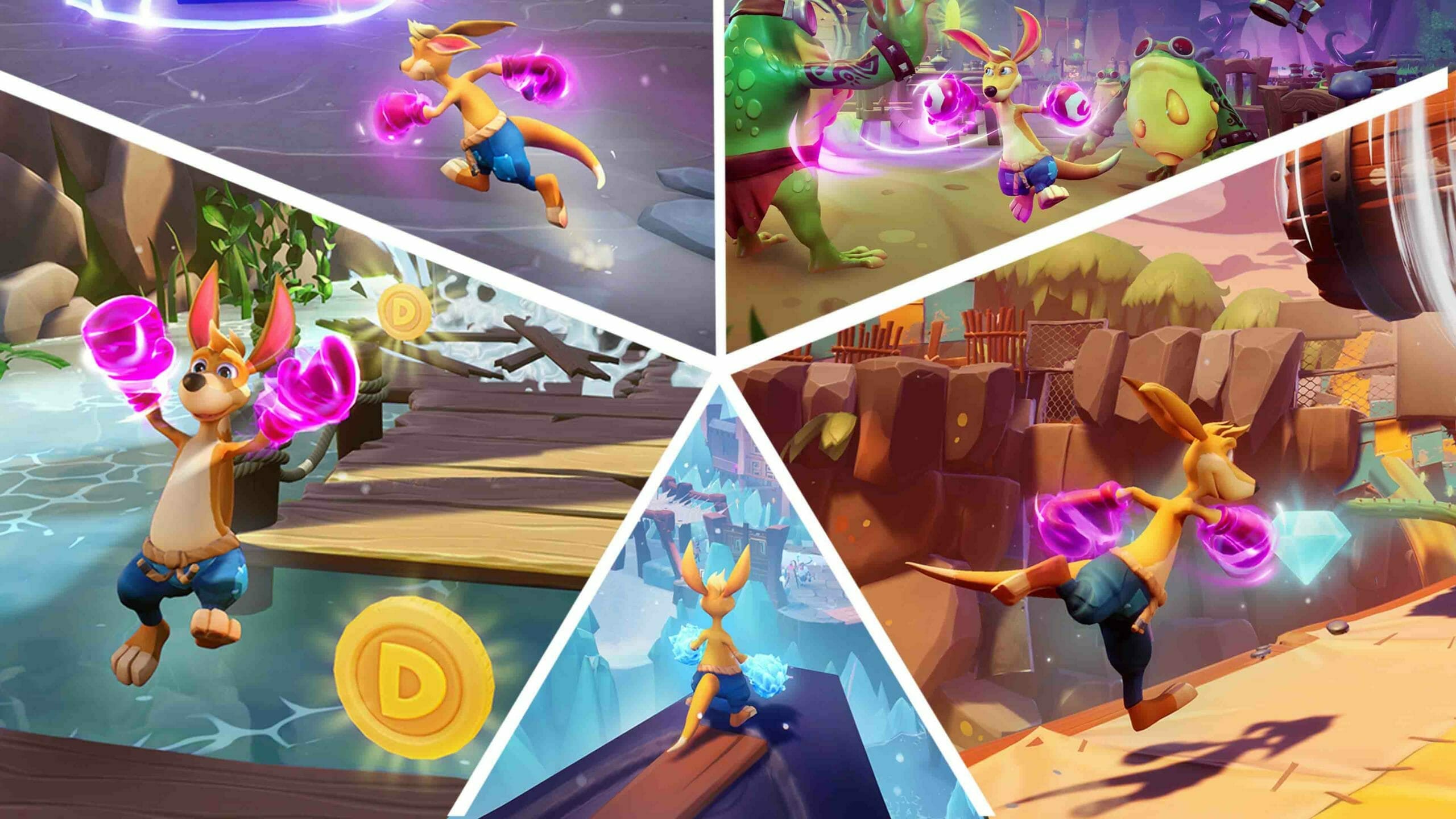 Speak to anyone who started their gaming journey sometime between the late 1990s and the early 2000s, and you are almost guaranteed to hear them, at length, lovingly recall their favourite platforming games from the time. For many, Sonic, Donkey Kong, Spyro and Crash Bandicoot are those nostalgia-inducing platforming classics, and for others, it is Kao The Kangaroo. Of course, platforming games never really went away, even when they faded to memory. Many platformers are still coming out; however, they are all too often overshadowed by the AAA games of today. An exception to the rule is when a platformer many remember fondly from their childhood is announced to be returning once more, then the excitement is too loud to be overshadowed.

In June 2020, Tate Multimedia, the polish game development studio behind the Kao series, revealed how everyone’s favourite Kangaroo, Kao, would be returning with a reboot. Kao The Kangaroo (2022) will be the fourth instalment in the beloved franchise and a series reboot. This announcement, which included a short video showing some early footage, was made to coincide with the games 20th anniversary and an official response to the #BringKaoBack campaign, which trended on social media. People love reliving fond memories of happy childhood times, and for many, games are a big part of those memories. After almost two full years of waiting, the launch of Kao The Kangaroo is fast approaching, and thanks to the developers, we here at VAMERS were able to play an early access demo to try it out and let our readers know what we thought. Spoiler: we loved it, and to properly break down the reasons why we believe you will love it too, we have put together this list of the three reasons why we think you should keep your eye on Kao The Kangaroo.

A Chance To Relive Some Childhood Nostalgia

Kao The Kangaroo is nothing if not a faithful reboot of the franchise. Instead of reworking the game from the ground up, Kao The Kangaroo is the same game many remember, only with improved graphics, slightly more polished mechanics and smoother movement. Nostalgia is a big part of the charm Kao The Kangaroo exudes. As an adult, there is something truly invigorating about running for one’s life while a deranged yet agile gorilla chases from behind, threatening to end the journey before it has even really begun.

Set within a fictional world filled with anthropomorphic animals, players control a young kangaroo boxer named Kao. The player finds themselves on a quest to find Kao’s missing sister and uncover the secrets of Kao’s long-lost father, but because this is a platform game, nothing could ever be quite so simple. One soon learns how progress is tied to the the famous “fighting masters”; each of whom must first be beaten in battle before Kao will be ready to face the all-powerful “Eternal Warrior” – someone who threatens the very world and who also has the answers Kao seeks.

The crux of platforming games has always been, and continues to be, the mechanics and controls. Many platformers have been made or died in obscurity based on these two things alone. Kao The Kangaroo is a third-person action platformer, with the player controlling Kao, and the gist of the game is pretty simple: run, jump, climb, throw and punch your way to success.

Easy to pick up and play, yet challenging to master, is the perfect description of Kao The Kangaroo. The game has all the classic elements: like disappearing platforms, hidden areas, bombs that explode if hit, and some more intricate puzzles mixed in from rearranging tiles to open a door or punching buttons in the correct order to reveal a secret area. One of the highlights of our time spent within the Kao The Kangaroo demo was how the controls just worked. If you want Kao to jump, he will jump. Want him to attack? He will attack. Well thought out and responsive controls allow Kao The Kangaroo to truly feel like a game that deserves to exist in 2022, while still keeping the essence of early 2000s games. The one downside of having an exciting map to traverse and good controls? Every time Kao plummets to his death, it is not the game, and it is not the controls; it is all you. Try, and try again is the name of the game here.

We would be remiss not to bring up the most apparent charm of Kao The Kangaroo, and that is the beauty of it all. Talk to any fan of classic platformers, and they will all tell mention the same thing: there is a beauty there that is unmatched by other games and the journey of time. However, while many 90s classics relied on players imaginations to help flesh the world and fill in the gaps, with Kao The Kangaroo, the magic just happens. The game is every bit as beautiful as the games our imagination has helped build. While no one will look at Kao The Kangaroo and be reminded of Horizon Forbidden West, it is still totally and utterly beautiful in its own right.

A lot of the charm in modern video games relies heavily on the graphics, and the quality and realism of the characters and the world. Kao The Kangaroo never tried to emulate that; Instead, its beauty lies in how unrealistic and stylised the game is. While one would never mistake any of the environments for a real place or Kao for a real kangaroo, there is a beauty in its simplicity and playing through the demo brought back so many fond memories of game worlds that have come before.

Kao The Kangaroo promises to offer fans everything that cemented the franchise in their hearts to begin with, and the demo, while short-lived, only proves as much. From the simple story harkening back to when games existed purely to be entertaining; to the bright and colourful world, and of course the platforming, which is equally satisfying and frustrating; Kao The Kangaroo never shies away from the games that came before. Instead, it embraces its rich history and chooses to build upon it.

For anyone on the lookout for a platforming game, we highly recommend keeping an eye on Kao The Kangaroo, and for everyone else? Try it, you might find yourself realising why platformers are as beloved as they are.