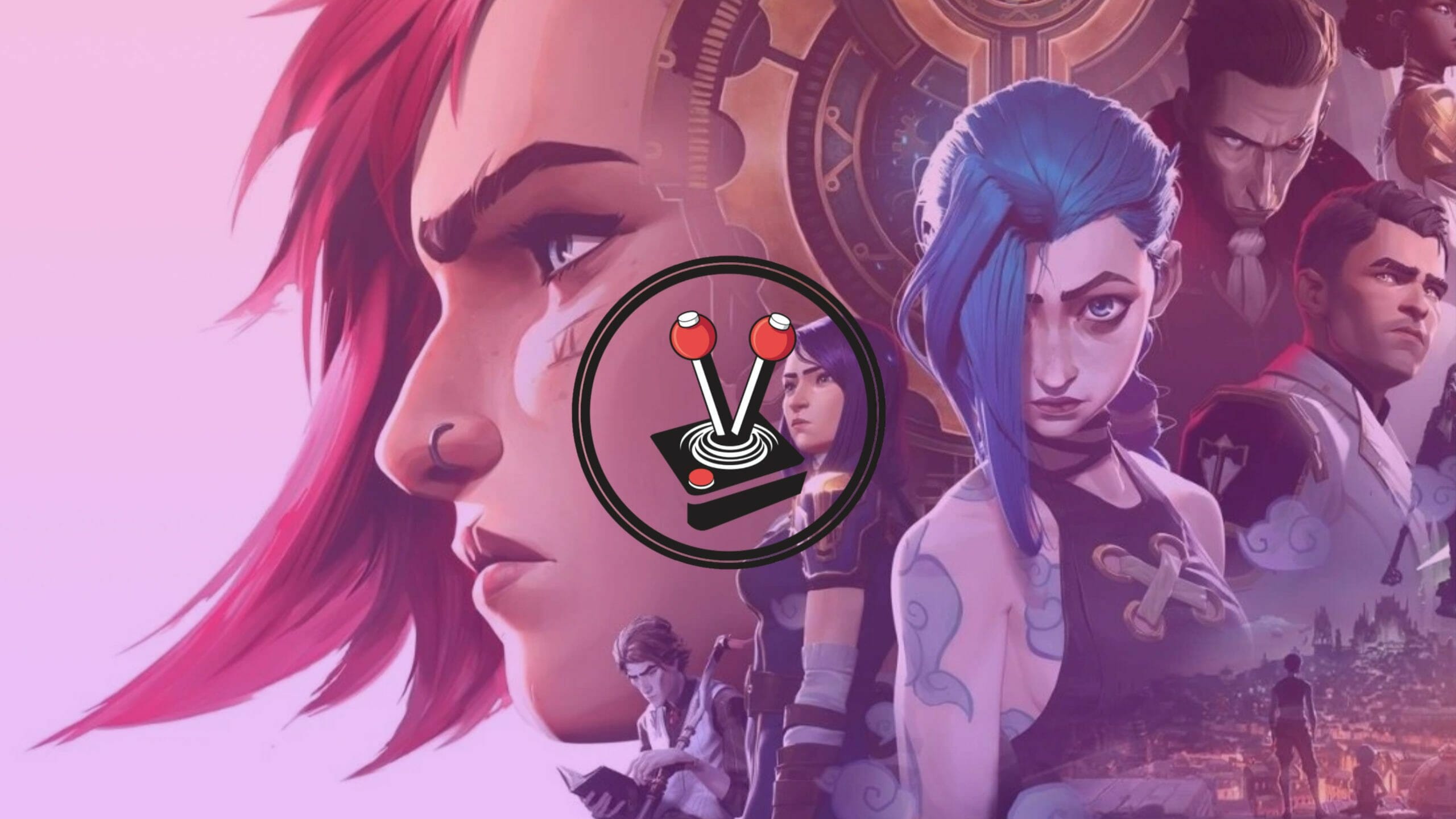 When League of Legends first entered the video game scene back in 2009, no one could have predicted the impact or longevity it would have on the gaming industry as a whole. What started as a small free to play game, soon evolved into a completely unavoidable media phenomenon – present all over the Internet and at events worldwide. Part of the success can only be attributed to developer Riot’s characters and world; all of which has seemingly culminated with Arcane: League of Legends.

League of Legends did not bring anything new to the table gameplay-wise. After all, the game’s parallels to titles like Defence of the Ancients (DotA) are well known. What set League of Legends apart from the competition, however, was creating a world rich in lore. From day one, players could visit the League of Legends website and read up on each champion or the universe as a whole. Riot further brought their universe to life through various forms of media; be it comic books, music videos, short films or the all new Netflix original show, Arcane (2021) (titled on-screen as Arcane: League of Legends).

In the simplest of terms, Arcane follows the story of two beloved characters from League of Legends, namely the sisters Vi and Jinx. The series follows them from childhood, showcasing the challenges they face whilst growing up within the under-city of Piltover (soon to be known as Zaun), a place divided by class and ideals. It is also the city where they witnessed their parents being killed before being taken in by Vander, a man with his own dark past and secrets. In much deeper terms, Arcane is a story about monsters and what makes someone become one. Unfortunately, not much more can be said about the excellent narrative without spoiling key parts and emotive points.

Audiences looking for a story told through long, rambling monologues, will be disappointed by Arcane. However, for those who are interested in a story told through raw, honest emotion, where the exposition is communicated visually as much as verbally, then Arcane more than delivers. Viewers will get to see the changes the sisters go through in their lives and how the world and people around them play a role in shaping the adults they have become, for better and for worse.

One of the core aspects of League of Legends has always been the champions. Anyone who plays the game will have a favourite champion or two, and they will undoubtedly be able to explain the choices and lore behind their favourites. This is only possible because of the wonderful world built by Riot for gamers to enjoy and consume. With this in mind, it is great to see how this love for character development has been carried over into Arcane, and further built upon.

As the characters grow up within the confines of the show’s narrative, they become wiser to their realities, for better or worse. A great example of this is the way Vi is portrayed losing her innocence when trapped in prison, but after her release wants to use her freedom to make sure others do not go through what she did. Conversely, her sister Jinx is the perfect example of what abandonment can do to someone. While Jinx is not aware of Vi having spent years in prison; in her mind, Vi just left her. Subsequently, and without the guidance Vi could provide, Jinx becomes a woman constantly teetering on the edge of utter madness.

For this reason alone the overall tone never feels confusing or overcrowded; because no matter how many characters are added to an episode, they all feel fully realised and appropriately cast. Enhancing this point even futher is how the story is told. No two characters are ever inherently good or bad. Rather, everyone exists in the grey – much like in real life. As a result, and depending on their current motivations, viewers might end up rooting for characters and archetypes they might not normally associate with.

Complementing the incredible character development is the overall narrative in Arcane. It has been masterfully crafted and intricately fleshed out, whereby the love/hate, joy/pain, warmth/cold; never feels scripted. Instead, it very much feels organic and alive – lending a delightful realism to the animation. This level of narrative development is a lovely call-back to how League of Legends has always focused on lore. In this way, Arcane handles all of the mythological complexities with incredible skill and aplomb. So much so, every character fits perfectly with each other and the world at large, to the point where one could almost forget how the story and characters are actually derived from another medium outside of what is seen in Arcane.

This is further compounded by how visually stunning the entire series can be. Almost to a point where it was a bit of a challenge to focus on anything else at times. Each time a new location or character was introduced, the animation would shine and pull viewers into its vortex of beauty all over again. It truly is sublime.

Arcane is so good in its overall execution, it begs the question: what makes a good video game adaption? As a series created specifically for television, it features a story anyone can love; regardless of having any prior knowledge of the game or even interest in it. One only has to look to social media to see how many non-gamers found themselves hooked on the show, unable to look away. Instead of just catering to people who were already fans, Arcane is actively pulling in new ones. This is where the beauty of the series truly lies, not in its intricately animated environments and its realistic portrayal of intimate emotions, but in its unbridled accessibility.

One can go into the series completely devoid of any knowledge surrounding League of Legends and still fall absolutely in love with everything it has to offer. Likewise, fans of the game who do choose to delve into Arcane will find themselves in a consistent state of excitement at all of the hidden references and reveals; of which there are many. In the first episode, for example, eagle eyed viewers should keep an eye out for when Vander wonders into Benzos. There are many game related items in the shop, such as Tryndamere’s helmet, The Heart of Gold (a beloved item from 2012 that used to generate five gold every 10 seconds) as well as Rabadon’s Deathcap.

However, it is the accessibility that really makes Arcane so special, and the show is reminiscent of Star Wars: Visions (2019) in this regard. As a standalone product made for television, it has everything it needs to be great: fascinating story; goosebump-inducing score; flawless art; animation that feels alive; a world made beautiful through all of its flaws; and last, but not least, characters with so much raw emotion they feel lifelike. All of this put together, allows Arcane to transcend from a mere adaption to a piece of art able to stand entirely on its own. An incredible feat for what is, ultimately, an adaptation of a video game to fit the medium that is television. With so many more stories still waiting to be told and so many champions histories ready for exploration, it certainly is exciting to see what else Riot will do with the series in the future.

Arcane might be based on the League of Legends universe, but it stands on its own as a gorgeous piece of entertainment media, living up to and exceeding expectations attributed to adaptations of video games. From the small moments and interactions between the characters, through to the grander scale set pieces; Arcane asks viewers to look inside themselves and ask, are monsters born or created? A simple question with a complicated answer, but one that is so delicately fleshed out in Arcane; it produces one of televisions strongest season endings; leaving viewers wishing for more. It truly is no wonder why the series has already been renewed for a second season. The future of Arcane is certainly very bright.