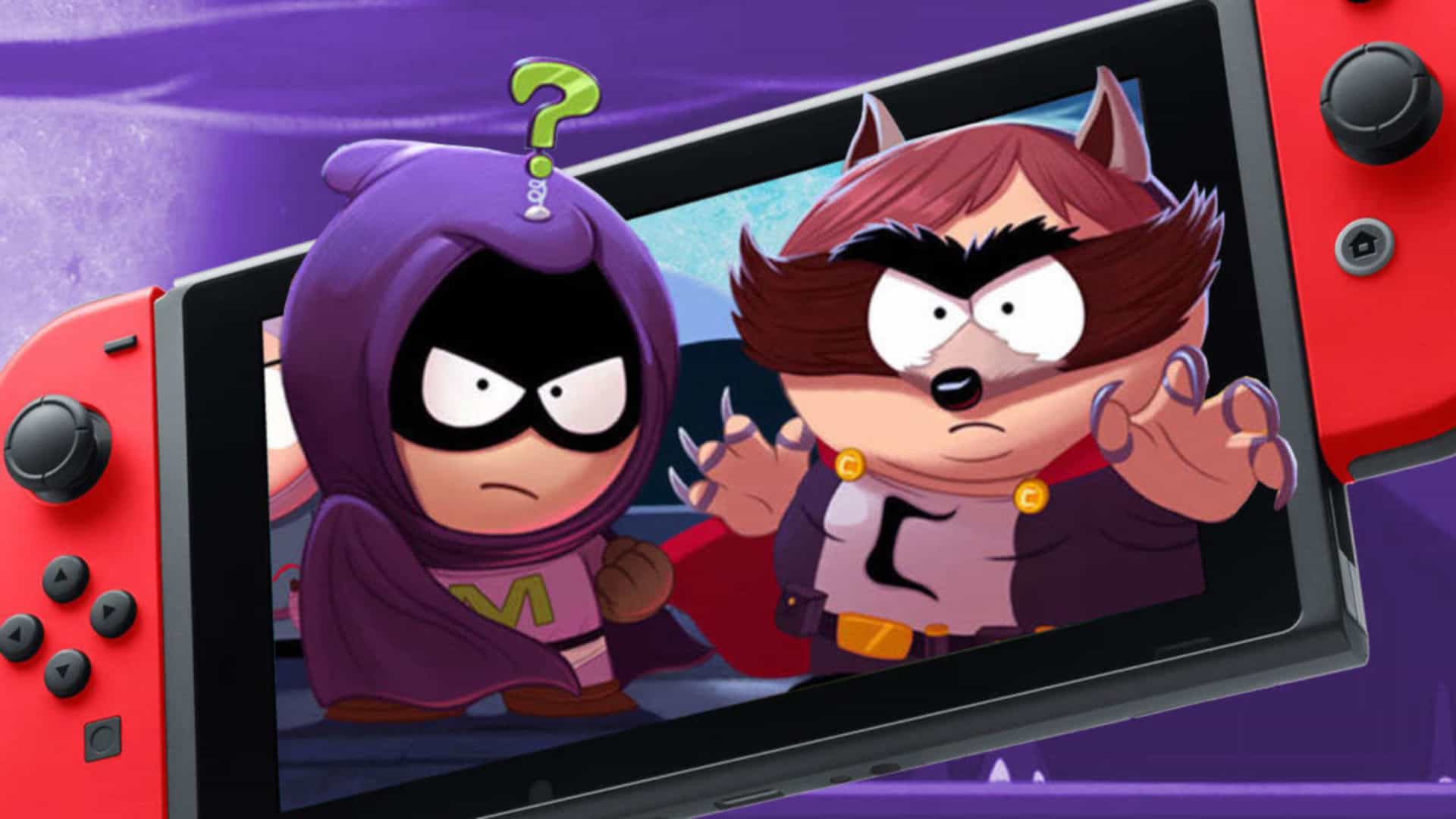 That is correct folks. A recent Nintendo eShop update has revealed that South Park: The Fractured But Whole is now available on Nintendo Switch! Yes. Like now. Like. You can play it. Now. Go buy it already!

In celebration, Ubisoft has also uploaded a launch trailer that showcases hilarious gameplay highlights from the game (which I am going to go full-on hipster and say that I already played).

As you can undoubtedly see from the trailer, you will interact with various children from the neighbourhod. In this game, which takes place literally half a day after the events in South Park: The Stick of Truth, the children have become bored with the fantasy setting they have just played, and instead are moving onto the current trend: superheroes!

With the likes of The Coon, Human Kite, Mosquito, and even Mysterion, the New Kid must embody the greatest superhero and save Snuggles form a dark conspiracy… which is totally not as important as the conspiracy that threatens to tear the town apart or anything.

South Park: The Fractured But Whole is a good game. One that I have previously praised for the length of its story and which I initially thought would not entertain me in the slightest.

The Nintendo Switch port has not launched with the game’s downloadable content included, but Ubisoft says that plans have been made to get it on the console in due course.