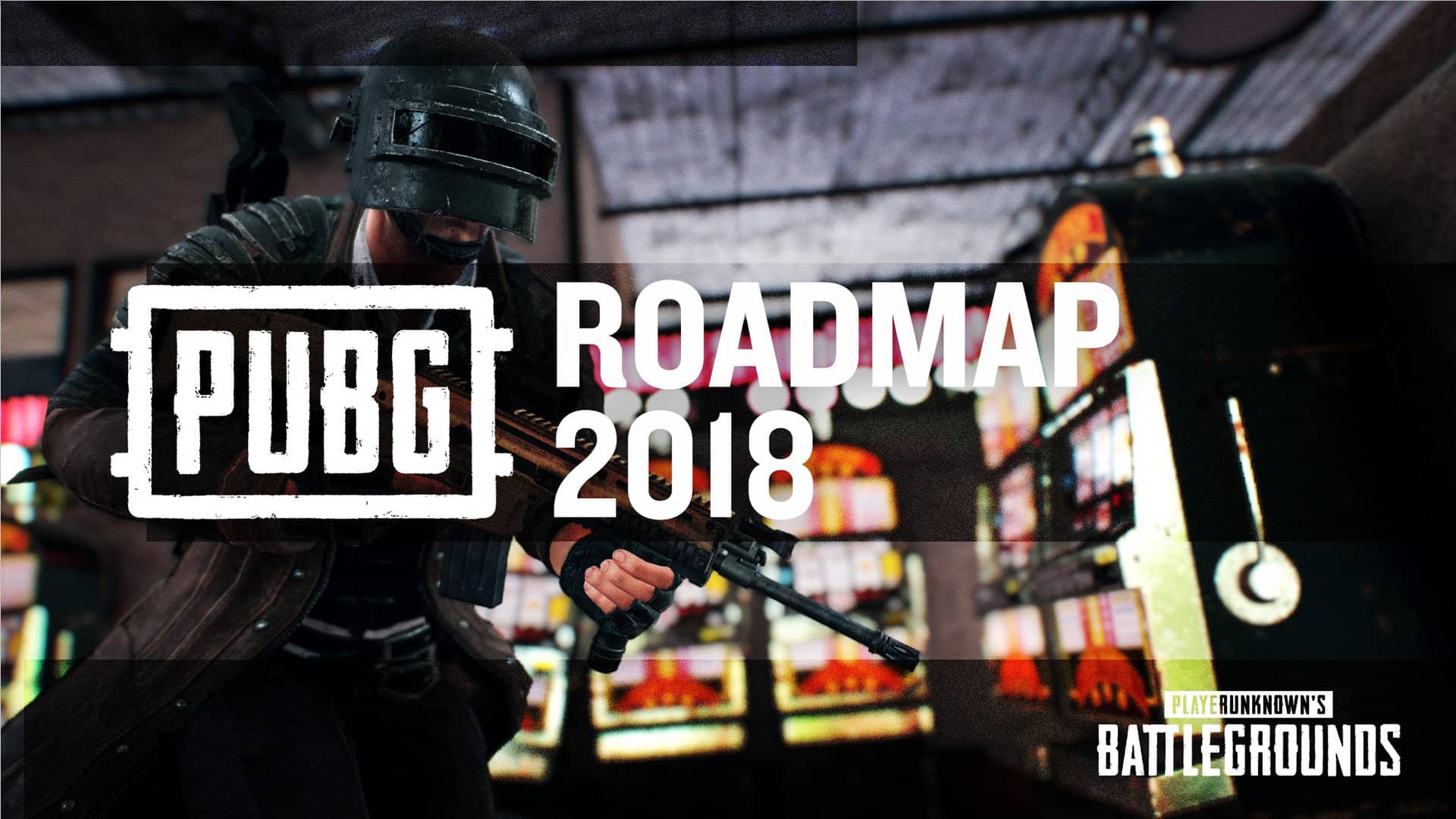 PlayerUnknown’s Battlegrounds (PUBG) may only have left beta at the end of 2017, but we are already seeing major additions come to the game. Developers Bluehole and its game-specific subsidiary, PUBG Corp., has revealed what the PUBG 2018 roadmap looks like, and boy is there a lot to see.

Game creator, Brendan Greene, made the announcement that details the PUBG 2018 roadmap. Most notably, it makes mention of a new map, emotes, and more realistic gunplay.

Greene says that this year it is all about involving the players. To do this, the company plans to open an Experimental Test Server (which is an even more beta version of its current test server), so they can get valuable player feedback on new content. This move is also to push out new features and content sooner. He also made mention that this addition is so players can “have a real impact” on how the “game changes and develops going forward”.

In addition, PUBG Corp. wants to continue on their goal to upgrade the game’s aesthetics. Greene explains that houses have seen the first improvement so far, with an added comparison image. I must admit that it looks way better in the “after” shot than in the first.

As for new content and gameplay, well, that promised third map is coming ever closer! Greene says that a new 4×4 kilometre map will launch on the Experiment Test Server for players to try out. It is the smallest map PUBG has ever seen. This means players will engage in much fiercer firefights much sooner than on the other maps.

Being the smallest map also means that it will have a much higher player density per kilometre, which also helps shorten matches. The concept art for the map looks intriguing. It is an island map that appears to feature foliage-heavy areas. 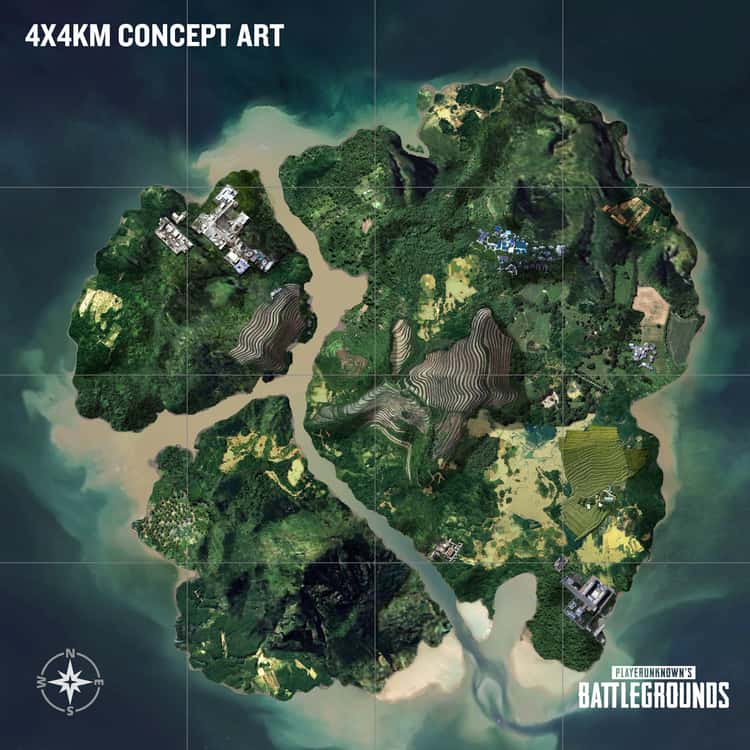 Furthermore, the PUBG 2018 roadmap is making improvements to avatars. Meaning that the current batch of ‘lifeless’ avatars will begin to move in more realistic ways. On top of that, a new emote system will also make its way to the normal Test Servers soon.

At the moment emotes are limited, but PUBG Corp. will look at expanding the range of emotes as the year progresses. The two examples given include an aggravated emote, and a laughter emote.

Greene also states that the game may receive “new and interesting Game Modes”. He says that development for these is still in very early stages and that he cannot share more specific detail. This is pretty exciting. I am keen to see what the company can do to its already industry-changing Battle-Royale mode to make it even more interesting.

Another addition will come in the form of new vehicles, weapons, and weapon attachments. Although details are still scarce, one concept image shows what can only be a new automatic rifle. 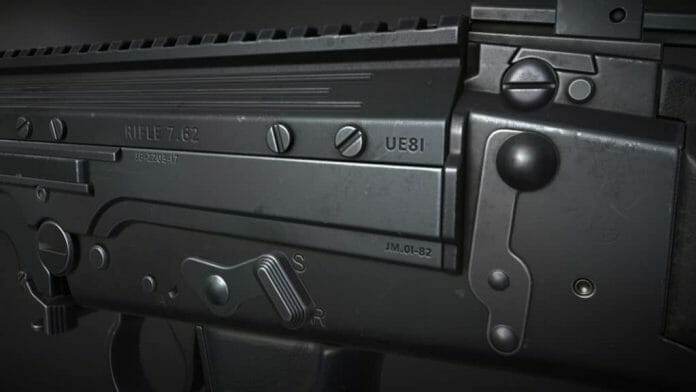 Then, right as if that was not enough already, Greene also announced that another map is in the making. It will be 8×8 kilometres in scale, and will also release on the Experimental Test Server as soon as it is available. This map is in very early development, however, and will come later than the new 4×4 map.

Other additions include achievements, an in-game friends list, and squad voice chat in the main menu. This will also come with better and more customisation options for characters, as well as parachute and weapon skins. My best guess is that the latter two will be heavily monetised. It only makes sense.

The game will also get new limb- and vehicle bullet penetration on its test servers later down the line. The goal with this is to add depth to the game’s ballistic system, and increase realism. As with all the additions above, PUBG Corp. plans to listen closely to the feedback given by players who test these experimental features.

Another point on the roadmap is to overhaul the entire third-person and first-person animation library. They want to make animations smoother and more reactive to environmental changes, such as doors blowing up in front of players. It will also include animations for getting in and out of vehicles, changing seats, and general improvements to how characters move. Naturally, these improvements will also directly play into the 3D replay system.

Other upgrades on the roadmap include stability fixes, which Greene says are the core responsibility of the team. He also states that the company is continuing their daily work to combat cheaters and improve server stability.

The game will also get increased vehicle sounds in the first half of 2018, which include suspension and skidding sounds. They also want to add rain sounds to vehicle surfaces and improve on how different weather can affect sounds on tracks and surfaces. More sound improvements include upgrades to how the gun sounds change depending on point of view; and character sounds that reflect what they are wearing. There will also be sounds that are different when the player is running or aiming down the sights and holding their breath. These ‘sound’ like definite improvements.

Further PUBG 2018 roadmap additions include quality of life improvements to custom games, and continued community develop support via the PUBG Developer Portal that will detail game updates and technical notes.