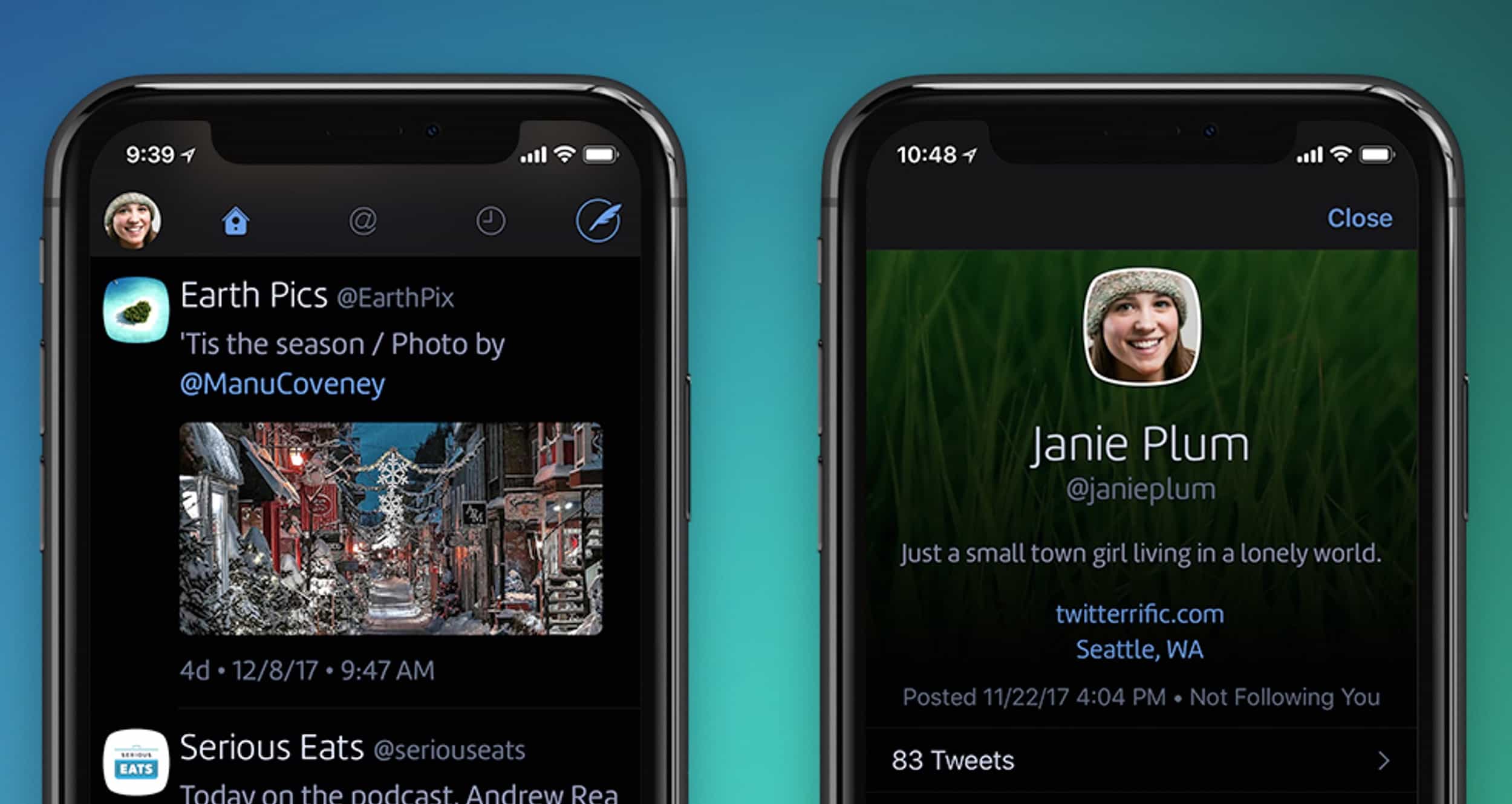 Twitter is one of the most popular social networks in the western world. As such, you can bet anything that just about every second person you meet will have a Twitter account. Chances are, however, that 80% of those people are using the default Twitter app instead of a third-party program.

Those of you who use the Twitterrific third-party app, however, are in for a treat, especially if you also use Apple’s newest iPhone X. Developer The Iconfactory recently updated the application with bug fixes and slightly tweaked colour grading. Better still, iPhone X owners will have access to a new “True black” theme as well as full iPhone X screen support. The true black theme is meant to save power as well and make everything look super sharp on the iPhone X’s OLED screen. 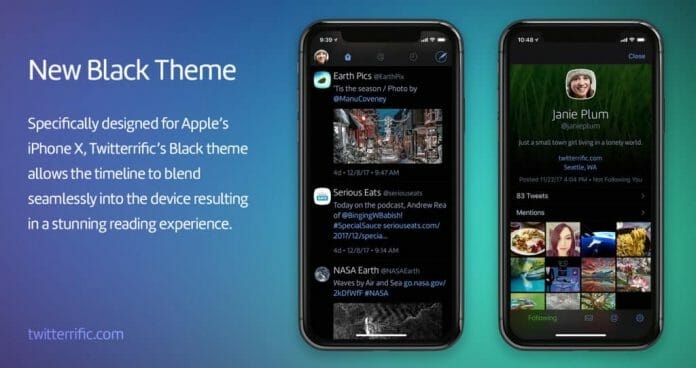 The Iconfactory says that the timeline view and user profiles seem to extend “right off the edges of the device” in the new mode. This leads to a “wonderful visual experience” for the user. They state that they think users will be pleased with the true black theme, as well as the “redesigned versions of Twitterrific’s light and dark themes”. This goes hand in hand with a redesigned theme panel that also has new features, such as avatar shapes and improved font size selections.The app also sees the introduction of the Apple Dynamic Type accessibility feature that makes all compatible apps use the same font size.

In addition to the redesigned themes and new true black theme, Twitterrific now features an experimental new feature called Automatic Poll Detection. This puts a new button at the bottom of every tweet, provided the app reads common markers such as #poll or a graph/ballot box emoji at the start or end of a tweet.

The updated Twitterrific app started rolling out worldwide in December 2017, and should now be available in almost all regions.