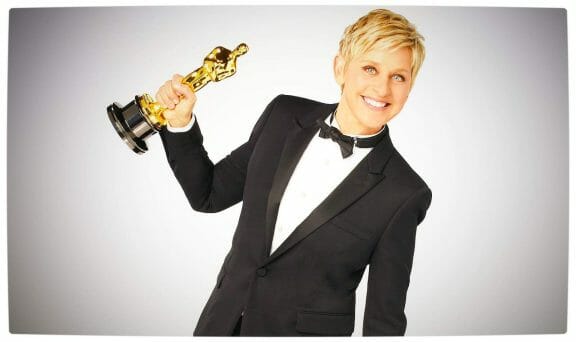 The 86th Academy Awards were held on Sunday 2nd March 2014 and it was hosted by the wonderfully hilarious Ellen DeGeneres.

Courtesy of Ellen’s lively and spontaneous nature, the daytime talk show star managed to take the most prolific selfie yet seen.

As the Oscars were coming to a close, Ellen decided to take a selfie of herself and Meryl Streep at the event in order to attempt to break the record for most retweeting photo. Her seemingly ordinary moment, however, soon became extraordinary.

As Ellen prepared to take the photo, she was bombarded by a host of high profile celebrities that were in her immediate vicinity. Stars such as Bradley Cooper, Jennifer Lawrence, Jared Leto, Brad Pitt, Angelina Jolie, Kevin Spacey, Julia Roberts, Lupita Nyong’o and Meryl Streep all clammered to be in the shot. The resulting photo is a gloriously cool moment in film, television and social media history. 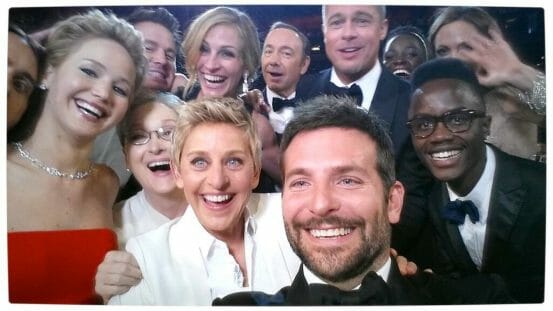 If only Bradley’s arm was longer. Best photo ever. #oscars pic.twitter.com/C9U5NOtGap

Ellen tweeted the picture soon after it was taken and actually caused the social media platform to crash from the sheer number of people around the world viewing, retweeting and sharing her photograph.

As it stands, Ellen now holds the record for the most retweeted Tweet in the world. Her tweet only took 40 minutes to beat the previous record holder held by President Obama.

Ellen is damn cool. So much so, that a meme needs to be made:

You can be cool, but you will never be as cool as Ellen DeGeneres taking a selfie with 9 Oscar winners.