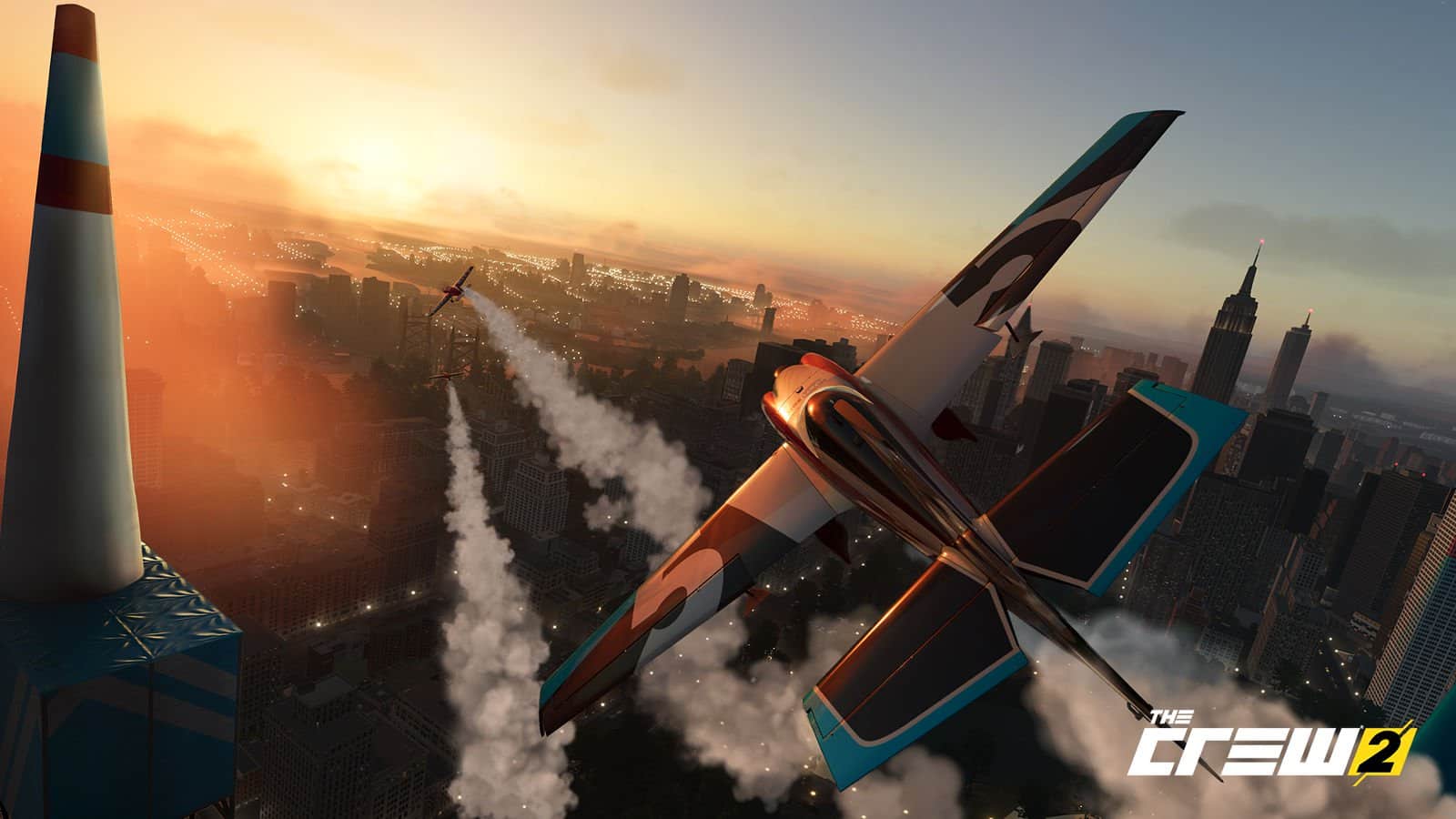 The Crew 2. Here is a title I did not think I would be writing about quite so soon, especially given the recent ‘logo reveal’ from Ubisoft a few weeks ago. Yet, here we are. Much like the first game, The Crew 2 will have you race cars and bikes. This time, however, it also has boats… and planes. Lots of planes. Also helicopters.

It looks like the folks over at Ubisoft and Ivory Tower really wanted to up the ante this time around. Only having cars or play with is so 2016, because “adding more engines” is clearly the driving force behind the new game. The trailer, embedded below, shows off pretty much what can be expected from The Crew 2: cars, aeroplanes, and bikes. It is a cinematic trailer so the real game does not look as nice, but it does the job.

During the rest of The Crew 2 segment, Ubisoft showed even more planes, cars, and boats. Only, this time we got to see some off-road rallying on buggies and dirt-bikes as well. It also showed a few glimpses of shallow-raft boats on the river. Ubisoft has stated that we can expect to see a variety of locales this time around, such as San Francisco, New York City, and California’s Big Sur region. Just like the game before it, The Crew 2 will also span across the entirety of the United States.

The video below states that “there is no better playground” than America. Players will be able to race across “road, sea, and sky in the fully realised USA”. It also showcases some new modes coming to the game, such as Live Xtrem racing, and how the player’s goal is to become the champion across all motorsports.

The Crew 2 will focus solely on the competitive part of racing. The game may have you race around the entirety of the United States, but it will move away from illegal street racing altogether. Ivory Tower wants to show players that it is possible to enjoy a game that does not necessarily have to do with illegal practices. This is something I can definitely get behind. It may not have garnered a lot of love, but Need For Speed ProStreet and Shift were some of my favourites.

The Crew 2 is slated for an early 2018 worldwide release for PlayStation 4, Windows PC, and Xbox One. Its predecessor, The Crew, recently received Calling All Units, an expansion pack that put players in the cars and boots of the Police. It made it their job to take down other players and illegal street racers.