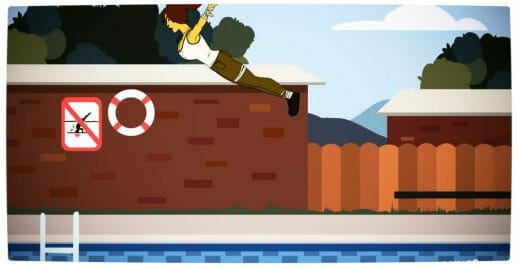 Downloadable Content (DLC) is a means for game developers to add additional content to video games once they have shipped to retail. Alas, it has become a trend among game developers to embrace capitalism by making a quick buck through exploiting this once novel means of refreshing older games. The most infamous example is when Bethesda released a ‘horse armour’ DLC pack for $2.50 – and all it did was allow gamers to select new armour for their in-game horse.

The issue of DLC is humorously masked in Animation Domination High-Def’s newest video about a DLC pack for Square Enix’s latest Tomb Raider reboot. The parody focuses on downloadable content that grants gamers access to a variety of new deaths for Lara. Anyone who has played a Tomb Raider game will appreciate the dark humour present in this video because of the way in which it draws from Lara Croft’s infamous deaths throughout the Tomb Raider series of games.

My personal favourite is the ‘dive to  death’ move which has been a staple in the series since the very first game. Do you have a morbid favourite?