Over the last year we have featured a variety of beautiful and interesting woman as Vamers Virago. However, none have been South African. That is, until now. We are proud to introduce Genevieve ‘KomboKitten’ Lesch as our very first South African Vamers Virago.

Genevieve Lesch, better known to her fan base as KomboKitten, is an avid cosplayer and competitive video gamer. She is an active ambassador for Mixed Chicks, South Africa’s largest all-female online gaming organisation, and is a founding member of Cape Town Cosplay, a movement that aims to bring light to the interesting and unique cosplay lifestyle prevalent in the mother city.

KomboKitten is also the official I LOVE NERD GIRLS representative for South Africa and, at 5’8″ with penetrating hazel eyes and luscious dark hair, is an aspiring photographic model.

As our first ‘local’ Vamers Virago, KomboKitten was kind enough to answer a few interesting questions. 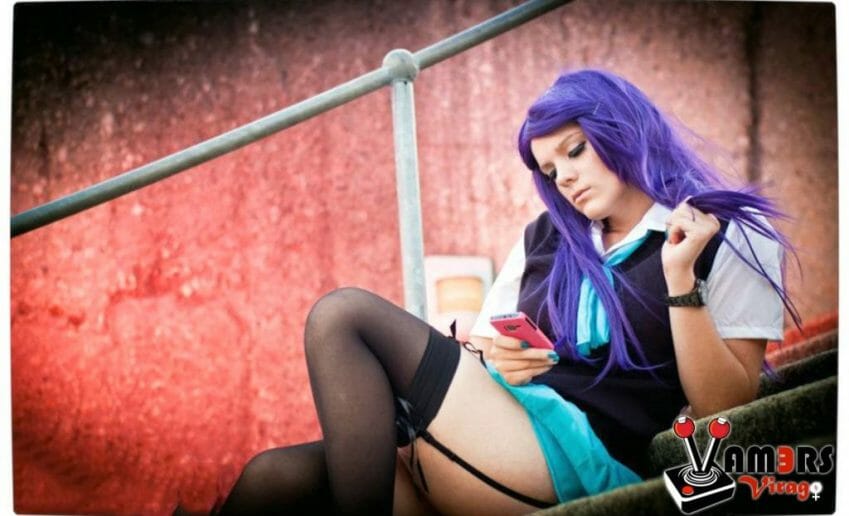 If you could meet any one person from the video games industry, who would it be and why?

Probably Ice Frog, the originator of DotA. I’d like to thank him for the excellent game and bask in his awesomeness.

When the ‘Zombie Apocalypse’ occurs, what would your weapon of choice be and why?

A staff with a death spike blade on each edge that caters for both piercing and slicing. That way I can kill off zombies efficiently in as much silence as possible, attracting minimal attention/danger to myself.

What does the term ‘Gamer Girl’ mean to you?

I think it’s unnecessary to identify a female gamer as a ‘girl’ gamer, because no matter our genders, gamers are gamers! I am not into generalisations, and I apply that to gender too.

If you could choose to have one superpower, which would you choose and why?

Fabricating and manipulating elements with my mind. That would include so many super powers such as flight or invisibility as examples. It would also give me the ability to fabricate weaponry, armor, food and shelter which would contribute to the survivability of myself, loved ones and the innocents I’d go out to help!

What do you think of the South African video gaming community?

I think societies in general need to learn to cultivate and implement more respect for their fellow humans. Problems related to this stink right through our online communities. Apart from that I think we have greatness going on in our gaming community too. We really have a lot of potential and awesomeness locally, making for exciting gaming related events!

What is your greatest video games related accomplishment?

My Tekken 5 Ling Xiaoyu school uniform costume. I am in the process of completing the crafting. It is challenging but I am making the vision come true with each bit of progress I make. It is very rewarding and I look forward very much to actually wearing it and embodying Ling! My planned debut for this costume will be at the up and coming Blue Route BT Games eXperience store launch [Vamers has exclusive photographs and a video of this outfit. Please see the gallery and video below].

What video game are you currently playing and which five video games are your current favourites?

Currently I spend most of my gaming time on DOTA 2 (beta). Four more games that could be considered favorites would be Just Dance 2, Tekken 6, God of War and Team Fortress 2.

What attracts you most to cosplay and why do you do it?

I consider myself not only a cosplayer but a costumer, because I create many of my costume pieces from scratch. When a costume comes together in the end it’s extremely rewarding. Having photos and videos of my cosplay endeavours are also things that make it worth it for me. The biggest part of why I enjoy it is because it’s insanely FUN! I love having lots of fun embodying the character and even taking it a bit further into the performance element thereof. One more thing that is awesome to experience is the appreciation of fans of the characters cosplayed.
Would you eat a mushroom from the Mushroom Kingdom? 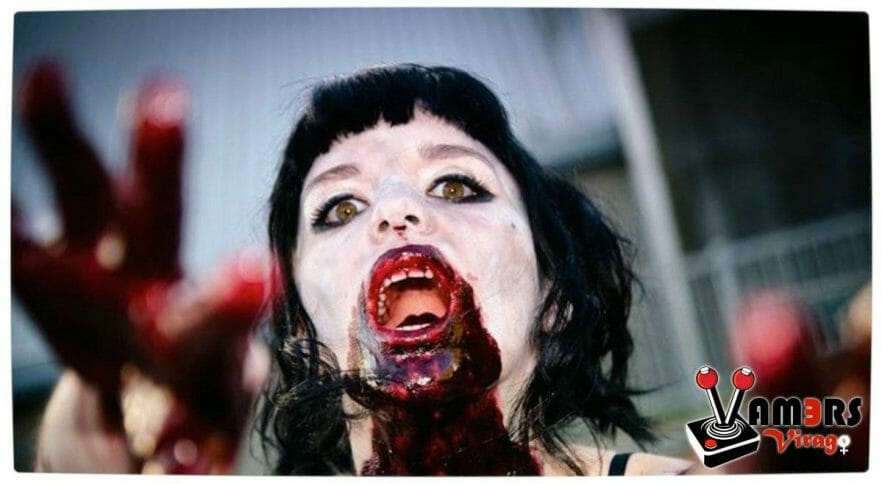 KomboKitten is currently using her Executive Management diploma to work towards completing her own personal goals. She is a firm believer in ‘doing to others as you would have them do to you’ and aims to, one day, have the means to share even more with the less fortunate in her community.

You can connect with Genevieve ‘KomboKitten’ Lesch online by means of Twitter, Facebook and her personal blog.

Genevieve Lesch (born 04 June 1989) is the official South African ‘I Love Nerd Girls’ representative. She hails from the small town of Bellville in the Western Cape and has two older brothers. Lesch studied Executive Management at Prestige Academy in Bellville before becoming a pioneering cosplay enthusiast and aspiring model. She has an active lifestyle that includes past-times such as video gaming, martial arts, photographic artistry, dancing, music, anime and cosplay.