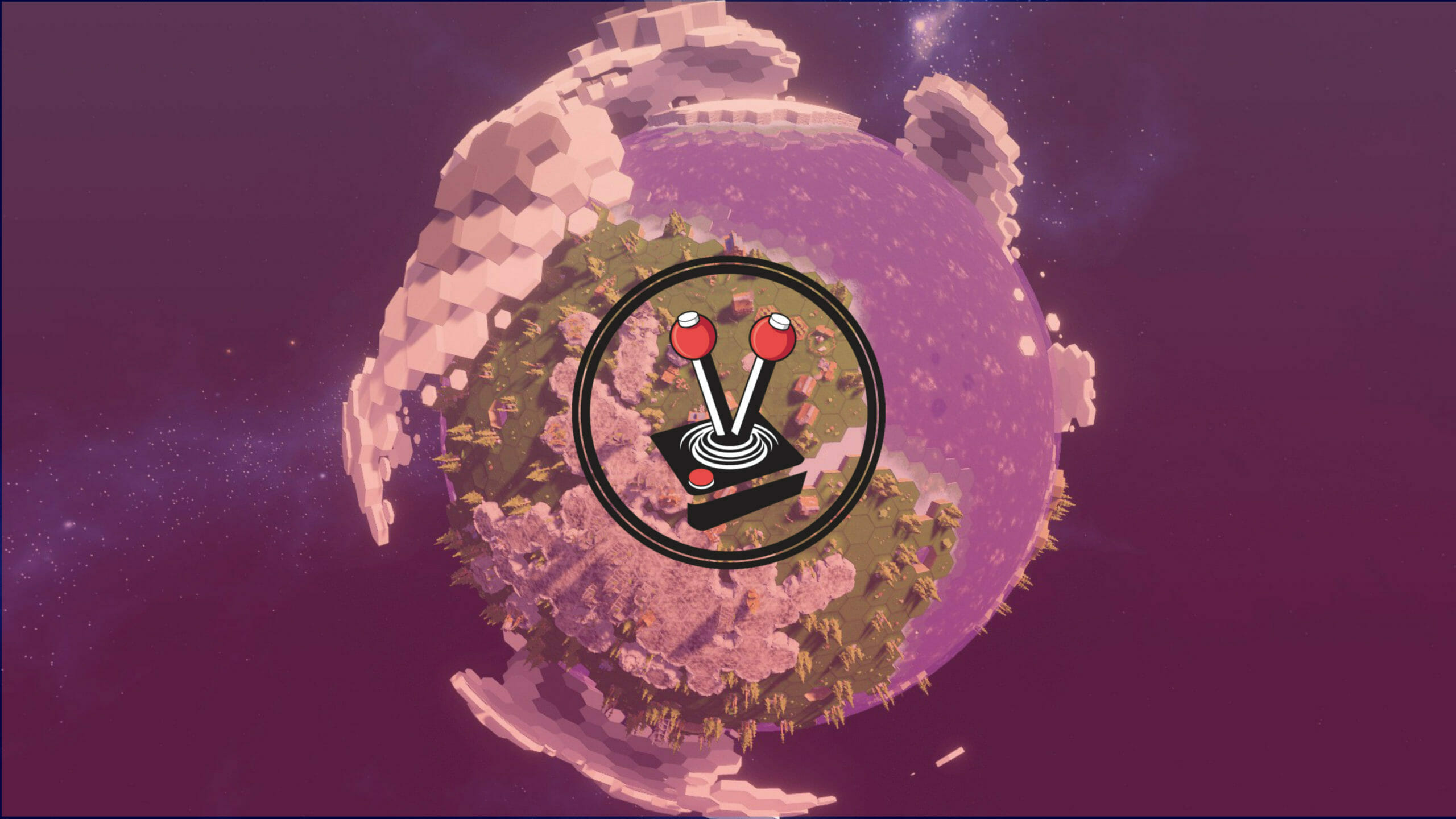 The post-apocalyptic trope is one of the most used in videos games. From the trappings of a massively multiplayer online role-playing game (MMORPG) like Fallout 76, through to the narrative heavy and unforgettable cinematic experience of The Last of Us II; seeing humanity survive and escape the brink of extinction is nothing short of inspiring. In most of these titles, players take control of a character born into this new reality, with only unique texts and artefacts providing insight into how it all came to be. Further embellishing this scenario are real-time strategy (RTS) and simulation games whereby gamers are given the reigns to live through, first hand, humanity’s return from the brink. This is exactly what Before We Leave attempts to do, but it also adds space whales for good measure.

The premise for Before We Leave is simple. There was once a cataclysmic and civilisation ending event that nearly wiped the ‘peeps’ from existence (it was most likely environmental in nature). Now players take on the role of an omnipotent being who needs to help these people emerge from their centuries long subterranean dwelling to, once gain, conquer the surface and eventually the solar system. The narrative pretty much ends there, however, with very little exposition relating to what happened before and what is to come. Rather, the focus of the title is squared solely on helping the peeps regain the knowledge they once lost, in order to once again become a space faring people.

The easily digestible premise offers just enough for gamers to understand their core purpose. However, it is also clear how there are no dispersions to the similarities of what humanity is doing to the Earth and what the peeps seemingly did to their own planet. In this sense there are clear indications of the previous civilisation spread throughout each bucolic sphere, such as the remains of city buildings, ships, mechanical machinery and even space ships. Unfortunately the peeps cannot yet make sense of the world around them, but this is where the role of the gamer comes into play and where the eventual irony of their re-emergence rears its head.

Before We Leave is rather unique from a gameplay perspective. Unlike titles such as Anno 1800, Frostpunk or Surviving the Aftermath, which employ typical RTS mechanics; Before We Leave adds the use of 4X styled gameplay without turn-based actions. To accommodate this gameplay addition, the worlds of the game are built out of perfectly shaped hexagons. In fact, planets begin as disconnected hexagons floating in literal space (the cosmos and stars can be seen). As more of the world is discovered through advances in peep technology (there is a decent, if simplified tech tree in the game), the world will begin to assemble into a sphere. The result is a wonderfully fresh and unique visual look that serves as more than simple eye candy.

The wonderful visuals play directly into the 4X nature of the game, which is rather straight forward. The world exists in hexagonal shapes, and therefore everything built must fit the planet’s grid. This seemingly easy mechanic can be devilishly problematic if not executed correctly, and therefore ensures gamers take care when re-establishing the colony for the peeps above ground. This is particularly true given how all buildings must be connected to paths, but paths take up a full hexagonal tile when placed. In addition, the ‘islands’ spread throughout each planet each feature unique flora and fauna, adding even more complexity to the seemingly easy and straight forward gameplay mechanics.

Over a short period of time, players will guide the peeps through several advances in technology. In this regard, the tech tree in the title is decent even if somewhat simplistic. To achieve success, peeps need to find ancient materials of a certain colour in order to allow for basic research to be conducted. Thereafter, over-world exploration is encouraged in order to find new technologies and to accrue enough resources to eventually allow the peeps to reach the stars and colonise the rest of the solar system. Rather ironically, the more advanced technologies developed by the peeps will result in the pollution and destruction of the planet’s natural resources. Assuredly a little deft commentary by developer Balancing Money Games about how there is no progress without consequence, and how said consequence should not be left unchecked.

Perhaps the strangest part of the title is how it offers a plethora of options to view the names, personalities and even ‘happiness’ of the peeps, among many other very useful overlays (such as the efficiency of routes); but these values are thrown by the wayside in favour of the simplistic nature of the title. In essence, the overall well-being of these people does not really have much of an effect on the overall gameplay. Where keeping people happy is a matter of life or death in Frostpunk and Surviving the Aftermath; the same cannot be said for the denizens of Before We Leave. Here it is more of a suggestion, and hardcore RTS fans will indubitably lose interest rather quickly as a result. Thus relegating the title from being an engrossing civilisation builder to merely a glorified, even if gorgeous, time waster.

Despite the simplistic tech tree and over simplification of citizen happiness, a redeeming quality of this quaint ‘city builder’ is when enough technology and resources have been gathered to allow the peeps to leave their original planet. This interplanetary late game immediately changes the way the title feels. Watching the peeps evolve from land dwellers to star citizens is a wonderful feeling, and the management needed to ensure several planets, each with their own cities, trade routes and more, are all fully functioning; is rather glorious. Although the evolution does happen admittedly fast, thanks to the game’s relatively simple mechanics, it still feels like an accomplishment. Until, of course, a space whale makes an appearance.

For the most part, Before We Leave is an idyllic experience. Peeps have no real competition on the planets they colonise, save for the odd animal lowering happiness and efficiency, and can basically take over the entire solar system with ease. However, if something seems to good to be true, it often is. To compensate for the lack of any real adversarial component in the title, and to add some spice to the overall monotony of resource gathering and tech tree fulfilling, are space whales. These galactic creatures will randomly spawn every once in a while to make sure players stay on their toes. When one of these enigmatic creatures makes an appearance, it will come close to the current planet and ‘eat’ some or many of its tiles. In so doing, it effectively destroys the tiles being swallowed. Thereafter, these majestic creatures glide back into the great and chaotic beyond.

Perhaps the most egregious issue preventing the game from really standing out from other RTS titles is the way it plays on consoles. In this sense, the game has obviously been optimised very well both visually and from a performance perspective. However, it is the controller scheme that detracts from the overall playability of the title. Mechanically, the controls work decently enough: the left analogue stick is used to select individual hexagons whereas the right is used to move the camera horizontally and vertically. Unfortunately, despite camera movement (and thus cursor movement) being in direct lines; the movement seemingly comes across as just off-axis. The result is a camera movement system that seldom places the cursor where it needs to be, and adds a level of undue frustration to movement and hexagon selection. Adding additional fuel to the fire is how despite being adapted for console, it is quite clear the controller scheme favours mouse and keyboard. This is courtesy of how navigating menus can also be somewhat challenging, given how the cursor is anticipating where it needs to go – and it does not always get it right. Despite these minor inconsistencies, the game is still highly playable using a controller.

Before We Leave is a great debut offering from Balancing Monkey Games. It takes the common post-apocalyptic tropes associated with RTS games and adds a unique mix of 4X gameplay to its fold. The result is a moderately fun and interesting title focussed more on the idyllic notion of civilisation advancement over the high stakes gameplay normally associated with titles in this genre. As such, it is a high accessibility title with fairly low stakes gameplay; which may be off putting to some RTS purists. Even so, the overall experience is enjoyable and certainly worth trying.