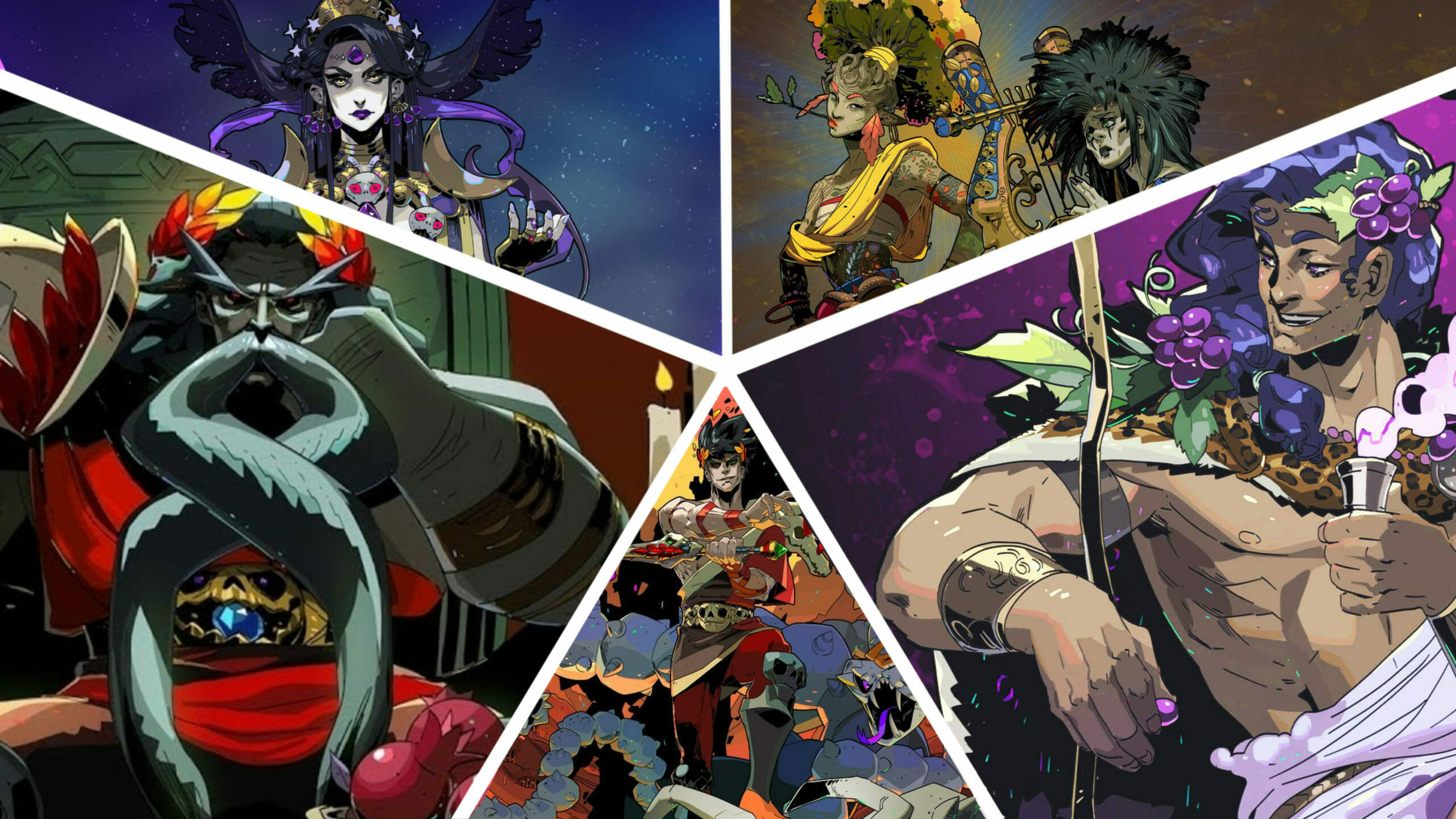 Hades is an award-winning roguelike from the studio behind beloved games such as Bastion, Pyre and Transistor. It takes everything good about the roguelike genre and improves upon it by mixing in a fair share of Greek mythology, sexy gods, and combat as accessible as it is entertaining. Everyone should play Hades, at least once.

Despite having absolutely no innate talent for games like Hades, the game still proved to be an absolute pleasure to play – even though it regularly brought on tears of frustration. If you did not pick up Hades when it initially launched, and you are not sure if you should pick it up now, we have put together a list of five reasons why you most assuredly should – and exercising your vocal cords by screaming at the screen is not even one of them.

It is Free On Gamepass – And Everyone Loves Free Things

They say the best things in life are free. Alas, gaming can be amongst the most expensive hobbies one can adopt – especially when games are fun and self-control is a stranger. Once in a while, however, a link will go around showing how much money has been spent to build ones game library, and using it hardly ever results in feeling all that good after. With an influx of great looking games launching seemingly daily, it is only natural to feel apprehensive about buying a new title. This is especially the case if a game looks good, but it might not be within a genre you normally play. This mindset is shared by many, and while good for the wallet, it is also, unfortunately, a big reason to not be adventurous with your choices in order to try something new. Luckily, Xbox Game Pass is a wonderful solution to this particular problem.

For those who do not already know, Xbox Game Pass is a gaming subscription service used by PC, Xbox, Android and iOS users. After paying the ZAR R149/USD 9.99 monthly subscription fee, users gain unlimited access to a rotating group of games. They can play these games as much as they would like, at no additional cost, for as long as they keep their subscription to Xbox Game Pass active. Hades is one of the games currently available on Xbox Game Pass, and while it should not be the only reason to subscribe to the service, it is the best reason – not convinced? Keep going through this article for even more reasons to play Hades.

The Gameplay – So Solid That Anyone Can Feel Like A Badass

Hades is a polished and enjoyable roguelike dungeon crawler. Players control Zagreus, the debonair prince of the Underworld and son of the dispassionate Hades. Like most rebellious children, he is attempting to reach Mount Olympus by escaping the Underworld. To aid in his perilous journey, other Olympians will bestow gifts upon Zagreus – making him ever more powerful. In terms of gameplay, the game is played with an isometric camera angle, offering an exciting view of the world as well as the combat. Players will need to fight their way through many randomised rooms and enemies to progress through the ever-evolving dungeon when they play Hades.

The combat used throughout the game is comparable to a hack and slash system. The player has a selection of primary weapons they can pick from before entering the dungeon, as well as a special attack and magical cast ability, which the player collects while playing. At the onset of each dungeon run, one of the Olympians will bestow a Boon on Zagreus, which comes in the form of three choices a player can pick from. When Zagreus’ health drops to zero; his run is over, he loses all boons and weapon upgrades and is returned to his home, the House of Hades.

While in the House of Hades, players are able to use the treasure gained in the dungeon to permanently improve some of Zegreus’s attributes and unlock new weapons and abilities to improve the chance of success when Zagreus heads into the dungeon once more. Hades also contains a “God Mode” setting, which aids players like myself who need a little extra help. With God Mode activated, the worse you perform in the dungeon, the more damage you do and the less you take. God Mode is a fantastic addition to the game, allowing for enjoyment and progression for most skill levels instead of just death, death and more death.

The final thing players can do while running around the House of Hades is to chat with the various characters of the Underworld, who all seem to hang out there. Talking to these characters improves Zagreus’ relationship with them, adds more narrative to the game, and also provides extra quests and rewards. Zagreus can also form romantic relationships with some of these beings as the game and plot progress while gamers play Hades.

The Graphics – Because Who Does Not Want to See Some Half Naked Greek Gods?

Theocritus once said ‘love is blind’, and while that may have some merit, gamers are not. Thankfully, Hades is absolutely gorgeous. From all the small details scattered throughout its world, to the beautifully designed characters, Hades is a treat to look at – even when eyes burn due to not blinking during an obdurate attempt to stay alive. In a game like Hades, where the same areas will have to be traversed countless times over, gameplay mechanics will only get you so far. Luckily, the visuals pull everything together and makes for an enjoyable experience while starving off the monotony rogue-likes tend to marinade in.

There are seven levels to venture through when one chooses to play Hades, and every one of the levels has a unique colour scheme, look and feel. They are all immaculately detailed and unique, using the game’s unique art style to offer beautiful visual cues of level progression and advancement. Hades is also filled with a cast of colourful and charismatic characters, each representing a known god from Greek mythology. There are ten Chthonic Gods, including memorable characters such as Nyx (known as Mother Night, mother to many and caretaker to Zagreus), Hades himself, and Zagreus, the character you control. There are also nine Olympian Gods, ranging from Zeus to Artemis (Goddess of the hunt) and Aphrodite (Goddess of love and beauty).

Each of the characters featured throughout Hades is fully voice acted, and has a unique and notable personality. These are not characters just thrown around for the sake of it; they work to bring lightness and humour to Hades, as well as some major eye candy. Greek gods are amazing, and sexy scantily clad ones are even better. Along with the gods, there are also quite a few supporting characters from Greek lore; these include Persephone (Goddess of the seasons), Sisyphus and the best dog ever, Cerberus (among so much more – no spoilers here).

The Lore – Because Who Said Games Do Not Teach You Things

For most people, general history does not have as much appeal as that of Greek mythology, which has a seemingly captivating power about it. This uncanny power of attraction is also present when one chooses to play Hades. The heavy focus on Greek mythology and lore is something special, allowing for Hades to stand on its own in a sea of similar games. In this sense, Hades retells classic legends in its own way, and the result is a story that feels oddly familiar, while also never being heard before. Everything revolves around Zagreus, the prince of the Underworld, and his attempt to escape from it, very much against his father’s wishes.

As gamers play Hades, the narrative will open to reveal how Zagreus wants to break free to find Persephone, his birth mother. Hades refuses to talk about Persephone and even went as far as to ban her name from being uttered in the House of Hades, declaring unimaginable punishments on any who disobeyed him in this matter. However, Nyx and the rest of the Olympians decide to aid Zagreus on his quest for the truth, and Nyx gives Zagreus a mirror to empower him with various abilities. The rest of the Olympians provide Zagreus with Boons and weapons, but when Hades finds out he declares war on his son by unleashing all the power of the Underworld and its dark residents upon him. What starts as a son’s journey to discover his mom’s truth, soon turns into a fight for the ages between father and son.

The core concept of Hades is to hack through the Underworld, collecting as many resources as possible before dying and doing everything over again. Thankfully, due to some clever gameplay mechanics and randomization systems, it is never precisely the same experience twice. Something I was eternally grateful for by my 100th run.

Each time a dungeon run starts, the slate is clean. There will be new Boons gifted by the Olympian gods to choose from and combine with one’s own build in various ways. There are various resources to collect through dungeon runs, from Gemstones that can renovate the House of Hades and the Underworld; through to Nectar which can be gifted to the various characters and gods, increasing Zagreus’ relationship with them. There is also Darkness, which can be used with the mirror in the House of Hades to upgrade Zagreus permanently. However, one of the absolute best aspects of the game is how characters take note of each escape attempt. Thus each run is both familiar, yet different, at exactly the same time. This concept makes for an experience that remains exciting even hundred of hours in.

The Vamers Crew have spent many, many hours lost in the world of Hades, and after finally taking a short break to write this, shower and eat, we look forward to jumping straight back in. If you are a fan of dungeon crawlers, or even just half-naked Greek gods, then we implore you to play Hades – after all, what do you have to lose? Other than your temper and the will to do anything else, right?

Have you played Hades before, or has this list convinced you to give it a try for the first time? Let us know with a comment below.