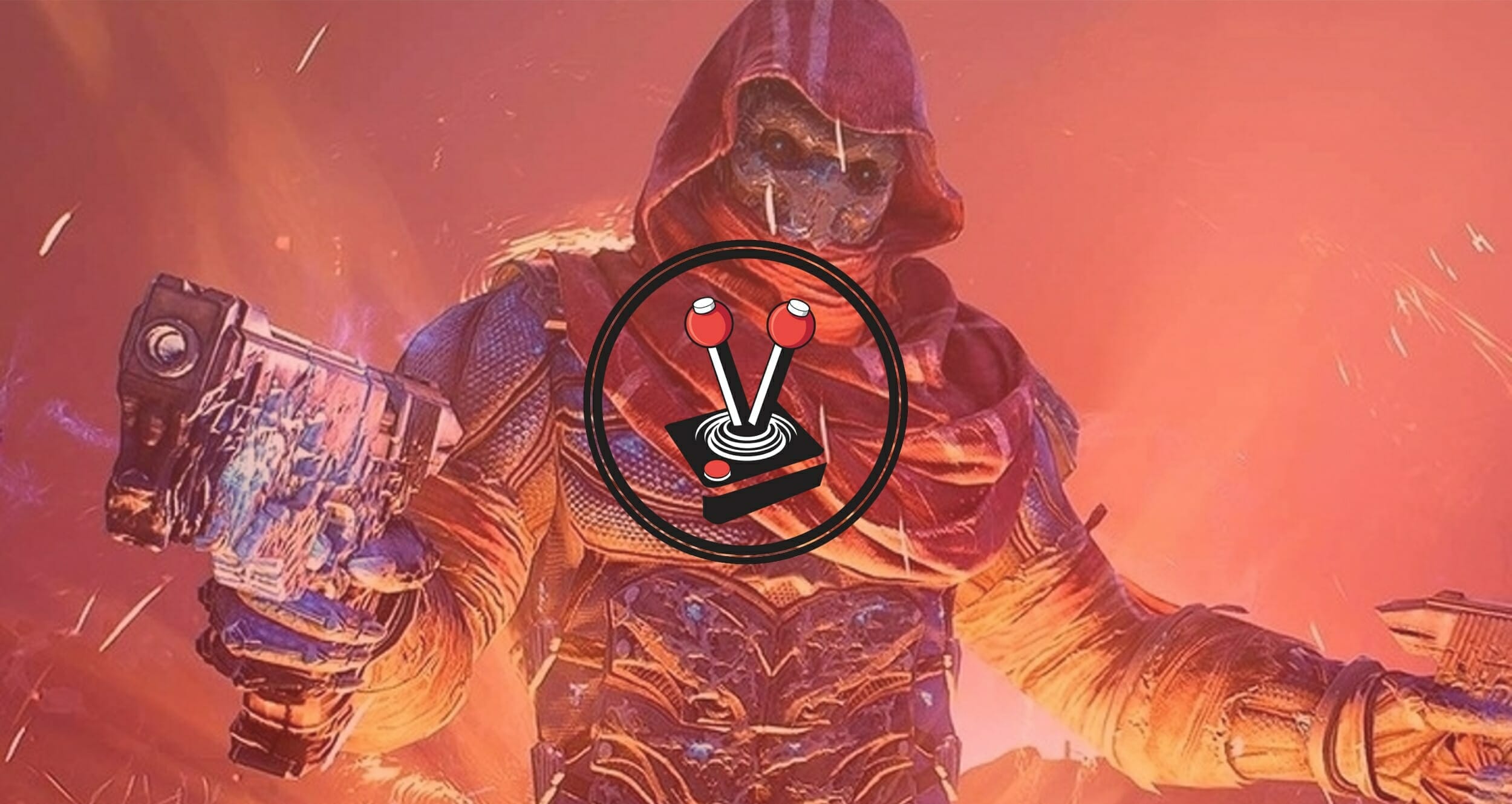 People Can Fly have been “off the radar”, per se, since the release of Bulletstorm. From co-developing Gears of War: Judgment and working hard on Fortnite: Save the World (the now mostly defunct game mode given Fortnite’s Battle Royale), the studio has taken a bit of a backseat to being a first party developer. However, that has all changed with Outriders.

Looter-Shooters have become infamous in recent years. The term “live service” is a label tacked onto pretty much every single looter-shooter this side of the century and, mostly, for good reason. Outriders, however, is nothing like that. Instead, People Can Fly released a game that wants to be Destiny 2 mixed with elements of The Division, with some Bulletstorm writing thrown in for good measure. Thing is, they ended up with a title that is more like Bulletstorm out of the gate, with some Division elements and, surprisingly, even a bit of Mass Effect sprinkled on top — and it is all the better for it.

In Outriders, Earth has been destroyed and mankind needs to find a new home. Players take on the role of an Outrider who is tasked to scout ahead on the new planet, to find the ideal place for the remaining earthlings to settle down on, and start anew. As is par the course for most science fiction narratives, things do not go as planned. With an extraordinarily similar premise to Mass Effect Andromeda, the golden planet scanned and marked by Earth – before their 80-year-long journey – is not all that it is cut out to be. Instead of a paradise, there are deadly storms ravaging the planet and dangerous fauna to tame.

Players start their journey innocently enough, guiding their outrider through beautiful green fields and forests before a massive storm breaks out. The storm ravages anything and everything caught in its thunder. Most of the Outriders die horrific deaths while others have to contend with a sudden coup. The player’s Outrider spends a further number of years in cryosleep, and upon waking in a vastly different time, learns they have mutated superpowers. It is now up to this Outrider to figure out who they are, why war is going on between different human factions, and how their powers came to be in the first place.

The story itself is pretty straightforward. It is a serviceable romp in a new, magical and alien planet unlike anything featured in looter-shooters before. Every major area has its unique traits and aesthetic as well, but at the end of the day, the real shine comes from the narration and dialogue. People Can Fly have always been incredible writers. Bulletstorm, while campy, still featured smart dialogue adults would appreciate. This is a far cry to the likes of Borderlands, which seems to have an obsession with puerile humour, or something like DOOM which, while incredible, boasts little to no dialogue. Rather, Outriders is most definitely darker in tone as players make their way through the campaign, but simultaneously lighthearted as the player-character uplifts stressful situations ‘Han Solo style’ with well-written one-liners and witty remarks. The narrative has clearly been designed to hide the Outrider’s foreign status in this new world, the same way Solo dealt with situations he had never been in before. As such, it is smart and masterfully done.

The Outrider’s witts and false bravado is only one facet of the game, however. A decent looter-shooter is nothing without its light Role-playing game (RPG) elements, and Outriders has quite a lot. From creating your character at the start of the game, choosing a class after the prologue, and finally unlocking a fair few class points; it all does a good job of making players feel like the god the game makes them out to be. Interestingly, the RPG elements in Outriders may look very simple – almost Destiny-like at first, but they eventually open up to a plethora of possibilities. Choosing a class, for instance, will technically lock players into one of the four classic party roles: big burly tanks; damage-dealing heroes; healing and support; and a fourth teleporting, shotgun-toting psychopath. Beyond that, players unlock class points with every second level up or so. These can be used to specialise further into the chosen class, by opting to either focus on a single one of the three predetermined progression tracks for their class or unlock points in all three for a more generalised experience.

Furthermore, player progression also exists in the form of weapons and gear. Beyond normal stats that can be min-maxed for the best combinations, players can also maximise the potential of their favourite skills. As the campaign moves forward and players start levelling up, gear that alters or serves as bonuses to their active skills will start dropping. These start as basic damage buffs, time extenders, and even cooldown enhancements at first. Later on, however, players will start to unlock crazy extras like giving certain skills the chance to freeze enemies or turn them to ash. These are called modifications, and although they are not mods in the most traditional sense, they do serve as ways to enhance the player-character. Dismantling gear with new mods will automatically unlock them for use later too, which is a very nice and unexpected quality of life touch. There is a certain beauty to erecting a turret that can withstand the might of seven armies, or zipping past enemy lines and making a human slushie out of someone.

Similarly to other great looter-shooters, players can expect to run out of ammo quite often in Outriders. This is due in large part to how incredibly satisfying it is to shoot pretty much all weapons in the game! Regardless of the weapon players end up preferring, there are countless ways to modify and set them up to fit all play-styles. Throughout my single-player escapades, I preferred heavy-hitting sniper rifles, along with double assault rifles and single-shot revolvers for good measure. I modified most of them to freeze enemies (they went beautifully with my class abilities); with the exception of the sidearm, which I modified to heal on kills. These abilities when coupled with The Technomancer’s (my chosen class) incredible turret abilities, and I could make my way through most of the game unhindered… that is, I thought it was most of the game, at any rate.

Unlike many looter-shooters, Outriders features an incredibly long campaign. At around 35 hours in length, players who are enthralled with the campaign and writing, as much as I was, will be in for a treat. The story structure in Outriders is designed to work in sections, almost like big Massively Multiplayer Online Games with open worlds. Every story section will take players to a brand-new zone. Each zone will treat players to a new cutscene and dramatic story mission, then allow players to wander around in order to complete a bunch of side missions. Players can immerse themselves wonderfully into the world of Outriders in their first pass through each section. However, once the main campaign mission is done and the side content is complete, there is absolutely no reason to return to any previous section – rather unfortunately. There are notes and journal entries strewn about, but they are so easy to find that it is almost criminal to leave them be for a return trip. This is easily the biggest issue with the game given how the setting, writing, and even the characters do so much to help with world-building.

Players can also expect a few more loading screens than is necessary for Outriders. The game was likely designed this way for players to easily distinguish enemy power levels rising with each consecutive section. After the first time through, however, fast travelling between the base camp of each zone and a side mission can be tedious. Some side content is also played within little closed-off areas that are locked on the first pass. While the content is designed neatly enough, the areas are more often than not so small that it does not warrant a completely new loading screen at all. Thankfully, everything looks incredible given the correct hardware – people tend to liken the game to The Division, and the comparison is warranted. I like the way Ubisoft’s looter-shooter looks, so it only stands to reason that I would like Outriders.

At first glance, Outriders may not seem like the kind of game suited to many third-person shooters and cover-shooter players. Given time to reach and be immersed in the game’s best features, however, will showcase incredibly well-written characters, great gunplay, and good RPG-light elements – all of which allow Outriders to stand as one of the better looter-shooters currently available. The game has no hints at all of a live service title, which is a huge breath of fresh air, and has a campaign that is decidedly single-player focused – a rarity these days. All of these facets come together to create the title that is Outriders, and it is great. Sure, there are a few things the game can improve upon, but as far as modern looter-shooters go, Outriders is very good and worth it for the long haul.

Title reviewed on Microsoft Windows (Steam) with code supplied by People Can Fly.