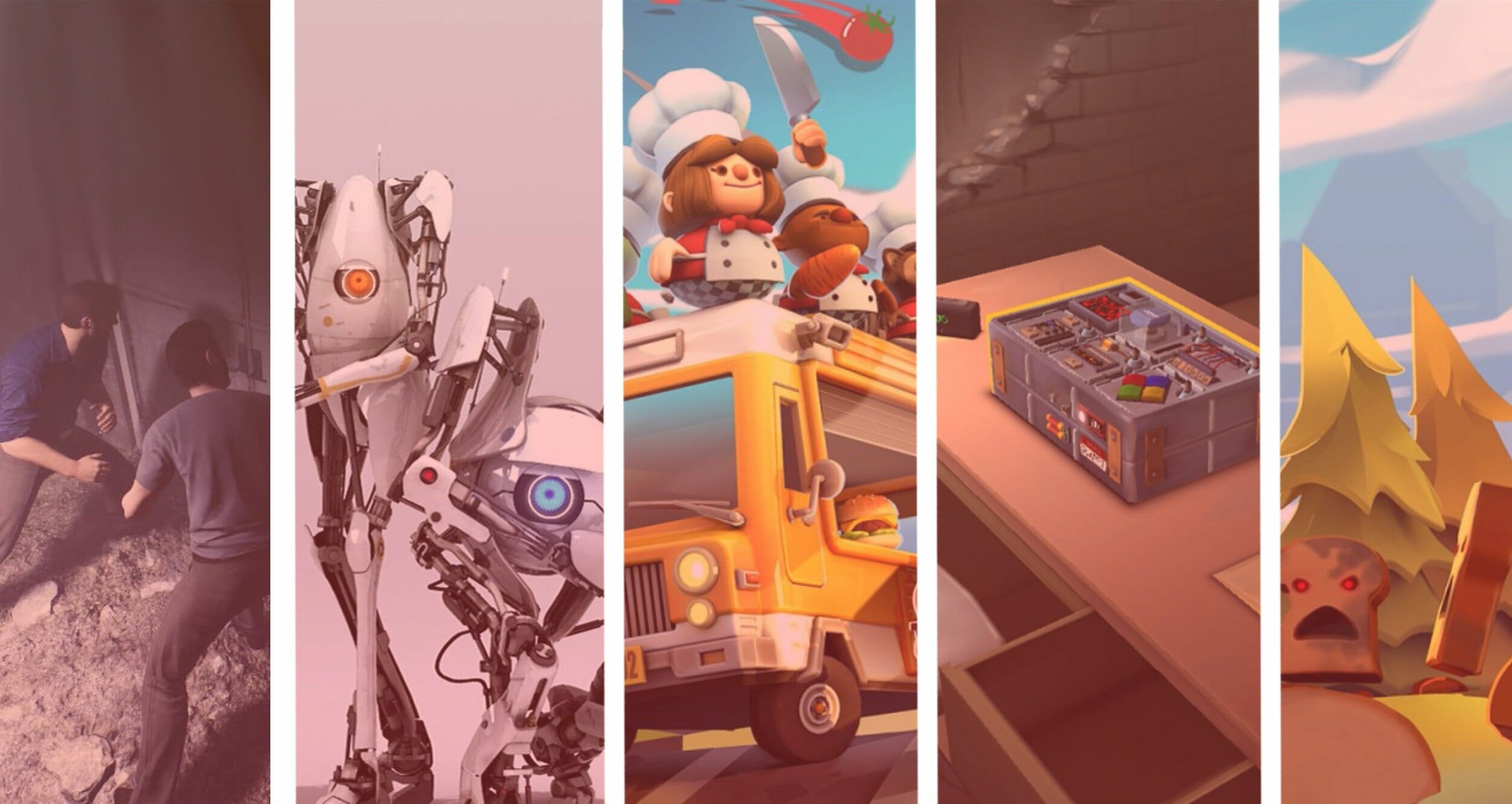 Valentine’s Day is here, and that means Romantic candlelit dinners and flower petals everywhere are going be the ‘name of the game’. If you are a gamer, however, chances are good you will most likely choose to cozy up on the couch with a cup of joe and a blanket, controller in hand, and your significant other somewhere nearby. Splurging on a fancy restaurant may be one of the big flexes people will gravitate toward on Valentine’s Day, but people mostly just love to spend time and cuddle together as well. This is why we made a quick list of the best co-op video games for Valentines Day.

Spending time solving puzzles, figuring out the best strategies to get your ship to safety, or beating up a bunch of baddies; are always fun bonding experiences. Sometimes doing so while totally engrossed in the narrative, or simply raging over a lost match, gaming will help you figure out what your special person is made of. As 14 February 2020 nears, our list of the best co-op video games for Valentines Day will ensure both you and your partner will have the time of your lives! Expect puzzles, action, and even a bit of wacky strategizing as you play the following the games:

Lovers in a Dangerous Spacetime

Lovers in a Dangerous Spacetime is the first game that comes to mind when I have to think about a video game to play with my valentine. The game allows you to play with your significant other, alongside an additional two AI companions (four in total). The goal is to act as copilots where each player has to fill various roles on a spaceship. There are eight total controls that need to be used throughout the ship, which means a lot of jumping and platforming will be done as you transition from the cockpit and steering controls to something like the shield battery, turrets, or map screen. The game can be played solo in its entirety. However, having a friend (or a valentine) will lighten the load immensely. Pun intended – hence why this title is one of the best video games for Valentines Day.

Keep Talking and Nobody Explodes

Have you and your partner already mastered Lovers in a Dangerous Spacetime, and are looking for something a bit more stressful? Look no further than Keep Talking and Nobody Explodes! The aim of the game is to defuse a bomb in as timely a manner as possible. Here, one player is actively busy defusing a bomb while another, who cannot see the bomb, uses a manual to communicate with the defuser. Together players must figure out what kind of bomb they have, what tools they have at their disposal, before eventually allowing the helper to read and explain how to defuse the bomb. You may often hear that communication is key in relationships – it is even more so in Keep Talking and Nobody Explodes.

Overcooked is easily one of the most challenging couch co-op games we have played, and is therefore a perfect fit for this list of the best video games for Valentines Day. In the title, two or more players have to communicate meticulously in order to complete a number of dishes. You do this by finding the correct ingredients, chopping, boiling, and/or frying them, then adding them to a plate, before eventually sending them off somewhere off-screen — presumably to get gulped down in one go by some magical monster. There are also disasters that spring up in the kitchen, like fires and explosions. Not to mention other obstacles and weird gaps in the floor you need to avoid while carrying the dishes around. Overcooked is a fast-paced game that will definitely push any relationship to its limits.

Unlike technology, video games are seemingly timeless. This is evident when you take this nine-year-old masterpiece into consideration, and finally introduce it to your significant other. Portal 2 is an unforgettable puzzle platformer where one or two players make their way through a massive multiplayer campaign. In the game, you have to think carefully and use the environment to your advantage. You then need to combine these skills with up to four portals (two entry portals and two exit portals), in order to make it through to the end of each level. These puzzles are easy enough at first and could easily be completed without much thought, but they quickly ramp up in complexity. As an added bonus, get some cake for your partner before you play. Trust us, it will all make sense toward the end of the game.

A Way Out is easily one of the most surprising entries in this list. Leading up to its release, the only things prospective fans knew about it was how it followed two characters as they escaped from prison. In practice, however, the game serves as an incredible narrative-focused co-op game where two players work together to escape prison and seek revenge on the guy that put them there in the first place. In A Way Out, no two scenes are ever the same. Whether the scenes change completely or only a tiny bit, every single time you pick up the controller the experience will be different. It is a short game as well. Planning ahead, you and your significant other can get through the entire campaign in a single sitting of around four to five hours. It is a nice cinematic adventure worthy of everyone’s attention and is one of the more unique video games for Valentines Day.

Whether you are doubling down on the comfort, or buying a bunch of gifts and taking your special person out, we are certain this list of co-op video games for Valentines Day will help set the mood for a special night in. From all of us at Vamers, we want you to know that you are always in our hearts. Have fun now!