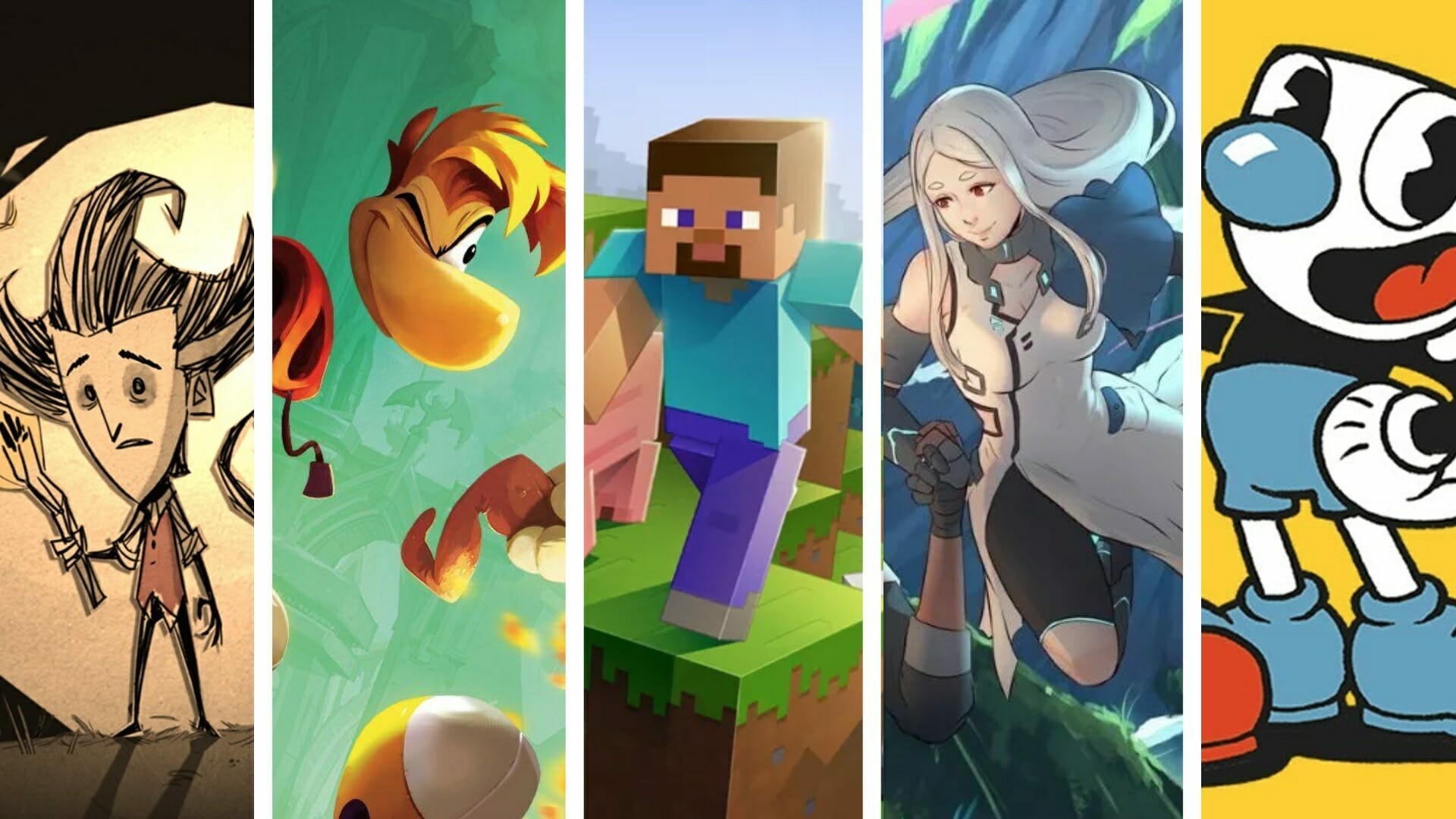 Another year has passed and Valentine’s Day is, once again, upon us. Normally, this would mean romantic candlelight dinners and fancy do’s. Gamers, however, may not always want to take part in such capitalist trivialities. Cosying up on the couch or curling up in a reading nook sound like much nicer options, but so does playing video games! Doing so with loved ones and significant others, even more so. As such, we have collected several video games and created a list of the best co-op video games for Valentines Day 2021. Following on from last year’s great recommendations, we now have an all new list of titles to enjoy.

Spending the time to help one another through a dungeon, figuring out the best way to survive a night, or even exploring much more intimate themes in a very deep story setting; these are all wonderful bonding experiences. Even raging and complaining about a match gone awry or a game being seemingly unfair are ways in which people can show their true colours. So as 14 February 2021 approaches, this article on the best co-op video games for Valentines Day, might help you make the most of your day!

Deciding on what to eat for Valentines Day can be a harrowing experience. That is until you have attempted to survive more than ten nights in Don’t Starve Together. From the on-set, both (or more) players are thrown into a huge wilderness with nothing but sticks and rocks at their disposal. It is then up to the players to help each other build structures to survive the nights, find and/or cook food, and eventually craft weapons and advanced tools to actually get somewhere. Out of the best co-op video games for Valentines Day, Don’t Starve Together is one of the more ideal titles. It is a cutesy Burton-esque game that truly tests all facets of a relationship.

As far as the best co-op games for Valentines Day go, platformers are always a great choice. Alas, not very many offer really good co-op experiences and even fewer are good for couples. Thankfully, Rayman Legends is one such game where players collect lums from stages that can be played in any order, and a cool couch co-op experience where players do not necessarily need to be together all the time – a unique trait among side-scrolling co-op games. It is also a very pretty game with very forgiving checkpoints, so there will be no swearing or arguing found here. Not easily anyway.

You really cannot go wrong with Minecraft. This timeless classic has entertained millions of gamers of all ages and backgrounds, and now it can entertain a beautiful couple eager to cosy up on Valentines Day. Minecraft is a game where players can dig up all sorts of types of ground, cut off different kinds of tree, start entire farms, and even explore the underworld (called the Nether), all in a bid to build the biggest and most ludicrous inventions and buildings imaginable. Hosting a local server and having an extra player do it with you? Even better.

From trying to survive nights in the wilderness to building lava fortresses out of blocks, why not enjoy some time together by… throwing controllers through windows? I jest, of course, but that is most certainly one of the emotions Cuphead sometimes invokes. This stunning game has a cool premise and an easy to learn control scheme. What it does not have, however, is the patience to let players learn the ropes! Having a buddy technically makes Cuphead a little bit more challenging since it can be distracting (but playing with a hotty in the room next to you is already distracting, so who cares, right?). Cuphead can be a bit tricky, but it truly is a wonderful game to spend time on with a partner – so long as you can keep your cool.

Haven is a game unlike any other on this list of the best co-op video games for Valentines Day 2021. It is largely a visual novel, but with explorable segments and combat sequences reminiscent of the best Final Fantasy games. It is also a co-op game that allows two players to go through the wonderfully intimate story together as the main characters – lovers who escaped to a new planet – try to build a new home for themselves. It is an intimate story that does not shy away from the ups and downs of relationships. To many, this game may be much more relatable than players would expect. Perfect for long-term relationships, I would say!

Gaming is a sure-fire way of enjoying another person’s company. Doing so with your special person on Valentine’s Day, however, even more so. Whether you want to risk it all with a tricky platformer and shooter like Cuphead, embrace tactical survival with Don’t Starve Together; take things slowly by building a virtual estate in Minecraft, or even explore the most intimate parts of a relationship by going through it with two other people in Haven, this list of the best co-op video games for Valentines Day 2021 has something for everyone.