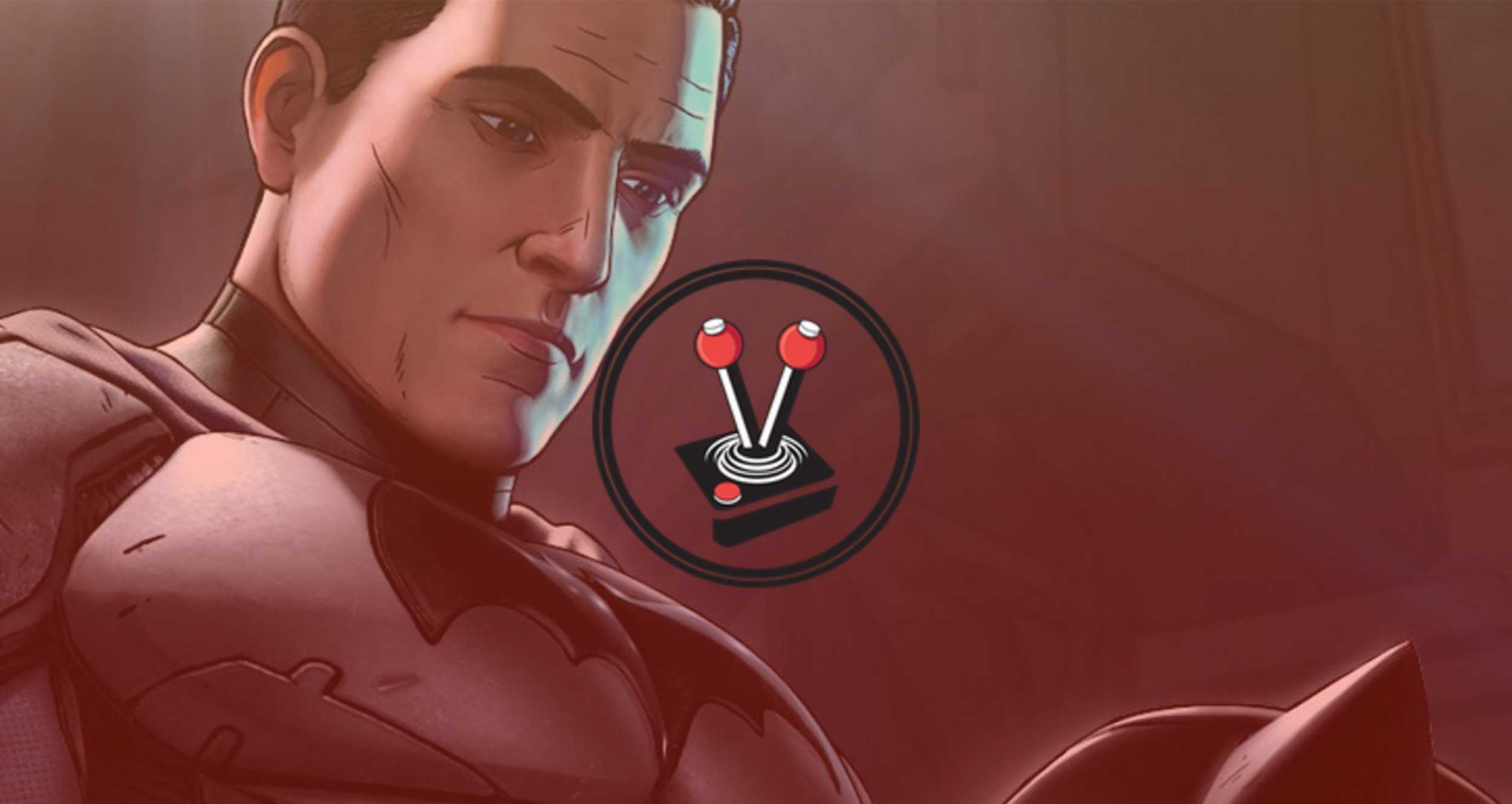 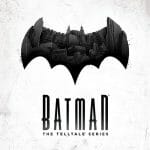 Batman: The Telltale Series. These are not words that I thought would ever be thrown together, let alone Telltale making a game about Batman. Nevertheless, the game exists and it is pretty good – at least if episode one, Realm of Shadows, is anything to go by.

For the first episode of this series, Telltale’s pedigree storytelling and the narrative do not really appear to mix very well with the expected fast-paced action and political drama that Batman is known for. It is not all negative, however. The game does offer a unique Dark Knight experience where players must make tough choices and gather clues for both the Bat and Bruce Wayne.

Right from the onset, the game lets you wear the cowl and take on a troupe of robbers. In a series of flashy scenes and quick-time events, the Batman disposes of the bad guys and is introduced to Catwoman — a figure we will come across again later in the series. The next act is much more grounded in that it puts you in the shoes of billionaire, up-and-coming businessman, Bruce Wayne. Being Bruce, I dare say, is where Episode 1 is at its strongest and best.

As most gamers will be aware, Telltale games always excel when it comes to narrative. This is no different with Realm of Shadows. The dialogue between Bruce and the various characters that populate the world of the Batman: The Telltale Series, offers a certain kind of intrigue that you simply cannot find in many other titles. From the mysterious dialogue Batman delivers while speaking with Gordon and Catwoman, to the straightforward, almost airy conversation Bruce has with less important folk; the script is written with such detail that it brings the world alive. It is so good, that one would not be remiss for thinking that Telltale had their own little hand in crafting Gotham when Batman appeared in 1993’s 27th issue of Detective Comics.

The story for Realm of Shadows seems about as straightforward as a Batman story can be. That is, with an air of mystery that not even the best Sherlock Holmes games have to offer. It starts with Bruce’s alter ego investigating a tail on Carmine Falcone, Gotham’s infamous crime boss. It is during these investigative scenes, and Batman’s choices during conversations with the Gotham Police Department, that the game’s, and possibly even the series’ future, is influenced. Admittedly, the story kind of opened with a very slow start. I think that going in, I expected something like Arkham Knight. That is definitely not the case with Realm of Shadows. With that said, I can safely say that this first act of the game has pleasantly surprised me.

Choice is a big factor in Batman: The Telltale Series. It is easy being a bad ass while donning the Batsuit and sounding all grim and grave. It is an entirely different story when the game expects you to make rational choices as Bruce Wayne. Obviously, and in good Telltale style, these choices are followed by a slew of unknown consequences. This creates an interesting dynamic between Batman and Bruce Wayne that has never really been explored before.

What helps with this strange new dynamic, is that all characters, even comic regulars, have all been refreshed. From a taller, lankier (and much scarier) Penguin, to a beefcake of a man in Harvey Dent, it is clear that Telltale wants to put their own spin on things. Unlike a certain television series named after the Dark Knight’s home city, all characters appear to actually have natural places in Telltale’s world.

Before continuing, I must note that there are a few light spoilers going forward for Realm of Shadows. They are not serious enough to give the story away, but discretion is advised nonetheless.

I simply have to reiterate that the characters in Batman: The Telltale Series are perhaps the strongest aspect of this game. A thug is an easy thing to implement. It is even easier, it seems, for the folks over at Telltale Games to give that thug a living, breathing, personality. It came as a surprise to find so many characters that I know – that I absolutely KNOW – to be evil, and yet they are portrayed as… misunderstood. Perhaps the characters are just rubbing off on me and my innate “evil henchman” is beginning to show. I am not sure. Either way Telltale have managed to create characters that manage to cling onto you emotionally, characters that you care about.

From the get-go of Realm of Shadows, you are introduced to Carmine Falcone. You are told that he is a scumbag crime boss who is apparently rich enough to purchase Wayne Manor. Your dear freind, Harvey Dent, also goes on to tell you to smile and make friends with the guy. Harvey is a real role-model in this game, by the way. I simply love how ‘by the books’ he is, on just about every single front. That is, so long as justice is met and the law is not broken. Catwoman is perhaps the polar opposite of Harvey. Yet – light spoiler alert – we see the ever beautiful Miss Selena Kyle and Harvey together as a couple. This creates yet another dynamic in the Bruce Wayne/Batman debacle as the player simply does not know if she is trustworthy.

Then there is the Penguin. Let me ask you this: how would you imagine the infamous Batman villain? Pudgy, beak-nosed with a penguin’s waddle? Something like Penguin from Batman Returns (1992). Or perhaps cowardice, yet smart — kind of what Gotham (2014 -) has done with the character?

Now I give to you Batman: The Telltale Series’ Penguin. A tall, dark and handsome man with a bit of a troubled history. Oswald Cobblepot was one of Bruce’s childhood friends. At least, that is what we are told at the onset of their first meeting in several years. During their meeting, it is established that Oswald has grown up in a much more troubled state than Bruce. His state of mind, however, is foreshadowed by Penguin “coming to Bruce’s rescue” when two muggers pit themselves against the billionaire philanthropist. Oswald swoops in and beats them up in a brutal way — going so far as to threaten them with violence.

That is just a lick of the surprising rebirths many characters in the Batman franchise have received. Going into Episode 2, I really hope that this trend continues.

As you know, Telltale games tend to have a hard time with various setups. Where the studio excels in writing and storytelling, it seems that they simply cannot optimise for more than a few preset recommended hardware setups. Realm of Shadows stumbles a bit in terms of frame rate. This is largely due to the game having to render certain action scenes at a faster rate than what the company’s traditional storytelling is used to. Even then, however, it is really quite bad. Telltale is known for releasing games that do not run too well at launch. Imagine a brand new game, with faster scenes that must be equally – if not more – flashy then all previous Telltale games. The result can be pretty cringeworthy.

Fortunately, the frame rate hiccups are not game-breaking. Rather, it is a slight annoyance to someone who is sensitive to such a thing. For many, this would either be hardly noticeable or not even present. Moreover, I have heard that the PlayStation 4 version of the game did have a few problems at launch. I played Batman: A Telltale Series – Episode 1: Realm of Shadows on PC, and it ended up being just as bad. Besides the frame drops I mentioned above, the game crashed a lot. This should not be the case for a title that has already been out for some time. It also froze on me three times. Once during the first prologue sequence, and two more times during my chat with Penguin.

Fortunately, the quality of the game’s story really does make up for the issues with the visuals. Batman: The Telltale Series manages to look like a signature Telltale game while combining the unique aesthetics of the noir-Gothic rendition of the modern-day Gotham that fans have come to love on TV and in the Arkham games. What I particularly liked is that Realm of Shadows was not afraid to throw a bit of colour into the mix. So often nowadays, games must either be bland and dark or be saturated in hues of grey. Sure, it proved to be a classic Batman tale with its fair share of darkness and grim aesthetics, but it still managed to keep an upbeat tone not seen in many other titles. Also, my Batcomputer and gadgets were totally purple. Loved that little touch.

All in all, Batman: a Telltale Series – Episode 1: Realm of Shadows is a nice pilot episode into what should be an amazing retelling of ‘the Batman’, from a team of talented writers. Writers that have no prior commitment to the cowl, who can create and design characters for an entirely new audience. I had a few hiccups when it came to actually playing the game, but by the end, it was all worth it. The story had a very slow start and took a while to grip me as much as it ended up doing. Once I was hooked, however, I loved the ride — it is just a pity that it was over so soon.