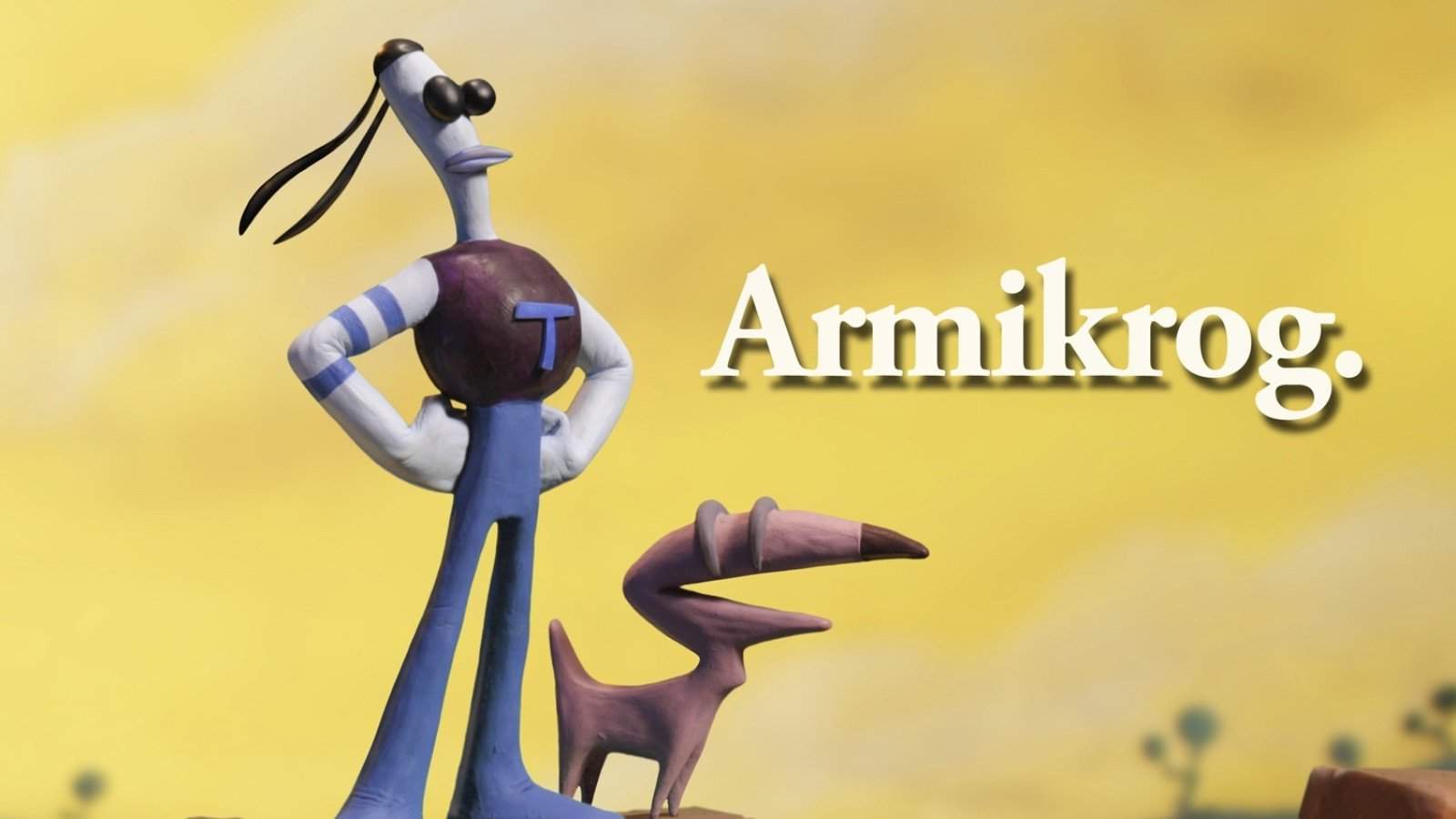 Armikrog is a unique stopmotion and claymation point-and-click adventure. It comes from the maker of Earthworm Jim, Doug TenNapel. The new indie title was a hit among gamers on Kickstarter in 2015, and launched on PC to rave reviews.

Armikrog was developed by Pencil Test Studios, together with indie publisher Versus Evil, and is the spiritual successor to TenNapel’s 1996 hit, The Neverhood. The game stars Tommynaut, an adventurer who finds himself imprisoned inside a massive fortress called Armikrog. Players are tasked with helping Tommyhaut escape the fortress along with his dog, Beak-Beak.

Players have to guide the pair through a variety of dangerous situations in beautiful hand-crafted environments. Each of which is packed with puzzles and odd inhabitants. The game also includes the voiceover talent of well-known actors Jon Heder (Napoleon Dynamite), Rob Paulsen (Pinky and the Brain) and Michael J. Nelson (Mystery Science Theater 3000).

The lengthy gameplay trailer shows off some of the game’s side-scrolling aspects and the vicious creatures that players will encounter. It looks like quite a unique experience.

The most unique aspect of Armikrog is the game’s aesthetic. Apparently the game was created using traditional claymation and stop motion procedures. As such, the studio used classic sculpting, set building and clay puppet fabrication techniques.

“Armikrog is a great stop-motion experience that can now be enjoyed on the consoles,” said Versus Evil General Manager Steve Escalante. “A handcrafted, one-of-a-kind video game, Armikrog appeals to gamers of all ages and it has been amazing seeing this game come to life.  Its transition to the major consoles is a treat and we are very excited to launch a game on all three consoles!”, he added.

Armikrog is out now on PlayStation 4, Xbox One, and Wii U for $10 USD (~R140 ZAR). Additionally, it is available on PC for the same price.