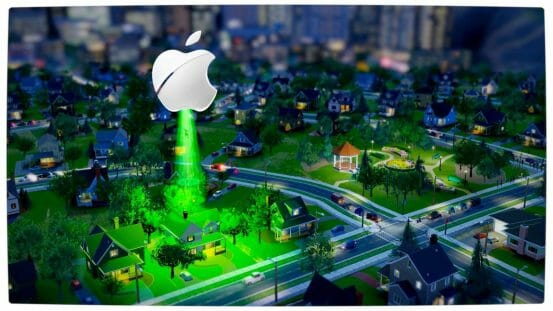 Electronic Arts announced today that the newest addition to the SimCity family will be released for Apple Mac computers on Tuesday 11th June 2013.

The new SimCity was originally meant to release simultaneously for Apple and Windows machines in March of 2013. In a recent EA blog post, the Senior Vice President and General Manager of EA‘s Maxis label, Lucy Bradshaw, said that the Mac version of SimCity was delayed because “We didn’t want to make any compromises when it came to the Mac so we created a native version that is optimised for the hardware and OSX”. In fact, EA has reportedly rewritten the software engine from the ground up in OpenGL for Mac, to ensure that Mac gamers get the best performance from the platform.

Electronic Arts has also revealed that SimCity, like most Origin games, will adopt the following strategy: buy once and play on any compatible platform. This is great news for early adopters like myself, who have already purchased the PC version of the game. In other words, anyone who has bought and registered the game through the Origin platform will be given access to a free download of the Mac version once it is released on Tuesday the 11th June 2013. Even better, Origin will make it possible for players to play both the Mac and PC versions with the same account, continuing their game progress across platforms.

SimCity is coming to Mac on 11 June, and one purchase will give you both the Mac and PC versions. You only need to buy SimCity once to play together across the same servers, regardless of which version you’re playing.

At the initial release of SimCity, Electronic Arts underestimated the popularity of the game, which hampered the launch with server errors that dropped users and prevented them from connecting to their game sessions. Those issues have since been resolved, with Electronic Arts offering affected users refunds and free game purchases, and should not affect the launch of the Mac version of the game.

Only two months to go until Mac users will be able to natively enjoy the latest game in the long running SimCity franchise.

SimCity is coming to Apple Mac on June 11

Maxis unites the world as Mac and PC players play together seamlessly across servers.

For more than 23 years, SimCity has entertained over 30 million fans worldwide and it returns to the platform that started it all on June 11th. SimCity will be coming to the Mac on June 11th exclusively as a digital release via Origin and other online retailers. Fans who purchase SimCity will be able to play the game on Mac and PC, regardless of which version they buy, as well as access their cities from across both platforms. Players who have previously purchased SimCity for PC, either as a physical or a digital copy will receive the Mac version as a free digital download on Origin* on June 11th.

“SimCity is coming to Mac on June 11 and one purchase will give you both the Mac and PC versions. You only need to buy SimCity once to play together across the same servers, regardless of which version you’re playing,” said Lucy Bradshaw, Senior Vice President and General Manager of EA’s Maxis Label. “We didn’t want to make any compromises when it came to the Mac so we created a native version that is optimised for the hardware and OSX.”

With more than 1.3 million units sold on PC since launch, the beloved city-building simulator is back with the series creators at Maxis™ and it delivers the most immersive and personal SimCity experience ever, where players can create and destroy the cities of their imaginations. SimCity runs natively on Mac and its entire software renderer was rewritten for OpenGL, ensuring the best performance for the platform. Via Origin, SimCity is cross-platform compatible, so all players will be able to play together across the same servers. Players will be able to play both versions with the same Origin account, allowing them to seamlessly continue their cities, achievements and leaderboard progress across the PC and Mac.