Over the years DC Comics and Marvel have brought superhero favourites to the big screen. However, only DC Comics has successfully allowed superheros to grace our small screens through live-action television series with classics such as The Flash, Wonder Woman and Batman, and most recently Smallville and Arrow.

In 2011, Adrianne Palicki was meant to be the star of the reboot of the classic Wonder Woman. Unfortunately the project was cancelled before the first episode could air and, from what I have been able to ascertain, for good reason.

Since that time, rumours of a Wonder Woman movie have replaced the prospects of a television series, with Megan Fox reported to be in the lead to portray the Amazonian princess. However, no official confirmation of any kind is available from Warner Brothers or any other studio concerning this fabled Wonder Woman movie.

As is often the case, fans have been left to fill the void left open by the prospect of a studio developing a feature production of a popular superhero. Today’s ‘case-in-point’ is the fan made ‘proof-of-concept’ Wonder Woman movie trailer by stuntman turned action director, Jesse Johnson (Planet of the Apes, Lincoln). 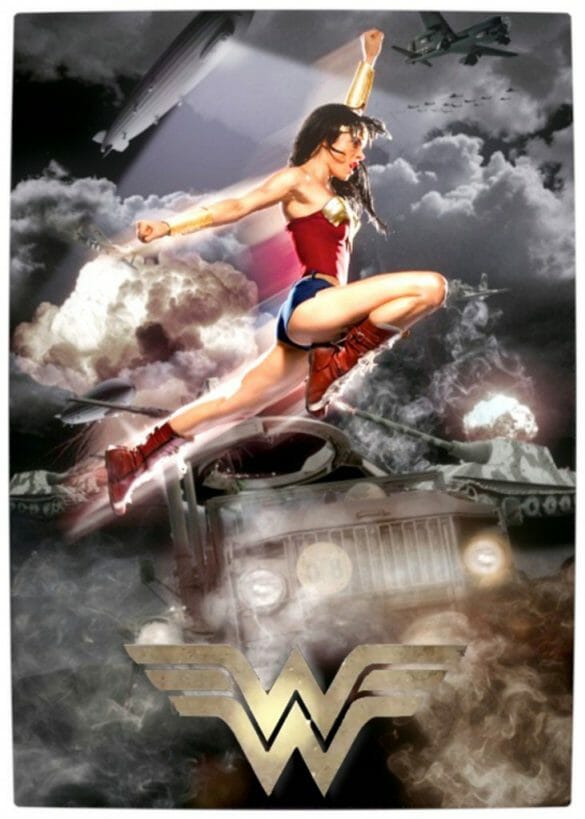 Johnson’s Wonder Woman adopts the same gritty and dark realism made popular by Christopher Nolan’s recent Batman trilogy and forthcoming Man of Steel. In the trailer Wonder Woman, portrayed by Danish singer Nina Bergman, is captured by two Nazi General’s, one played by Timothy V. Murphy (Sons of Anarchy) and the other by Peter Stormare (Hansel and Gretel) who tortures the Amazonian princess in a ‘blink-or-you-will-miss-it’ cameo. The trailer follows Wonder Woman as she breaks free from her Nazi captors and proceeds to wreck havoc on the Nazi compound.

The trailer is good considering that it is fan made and most likely had a very low budget. Regardless, it gives fans an idea of what a Wonder Woman movie or television series could be like if executed properly. Let us hope that a studio makes a move soon so that fans do not have to resort to Kickstarter.

Watch the trailer below and let us know if you would be interested in watching a Wonder Woman movie/television series.