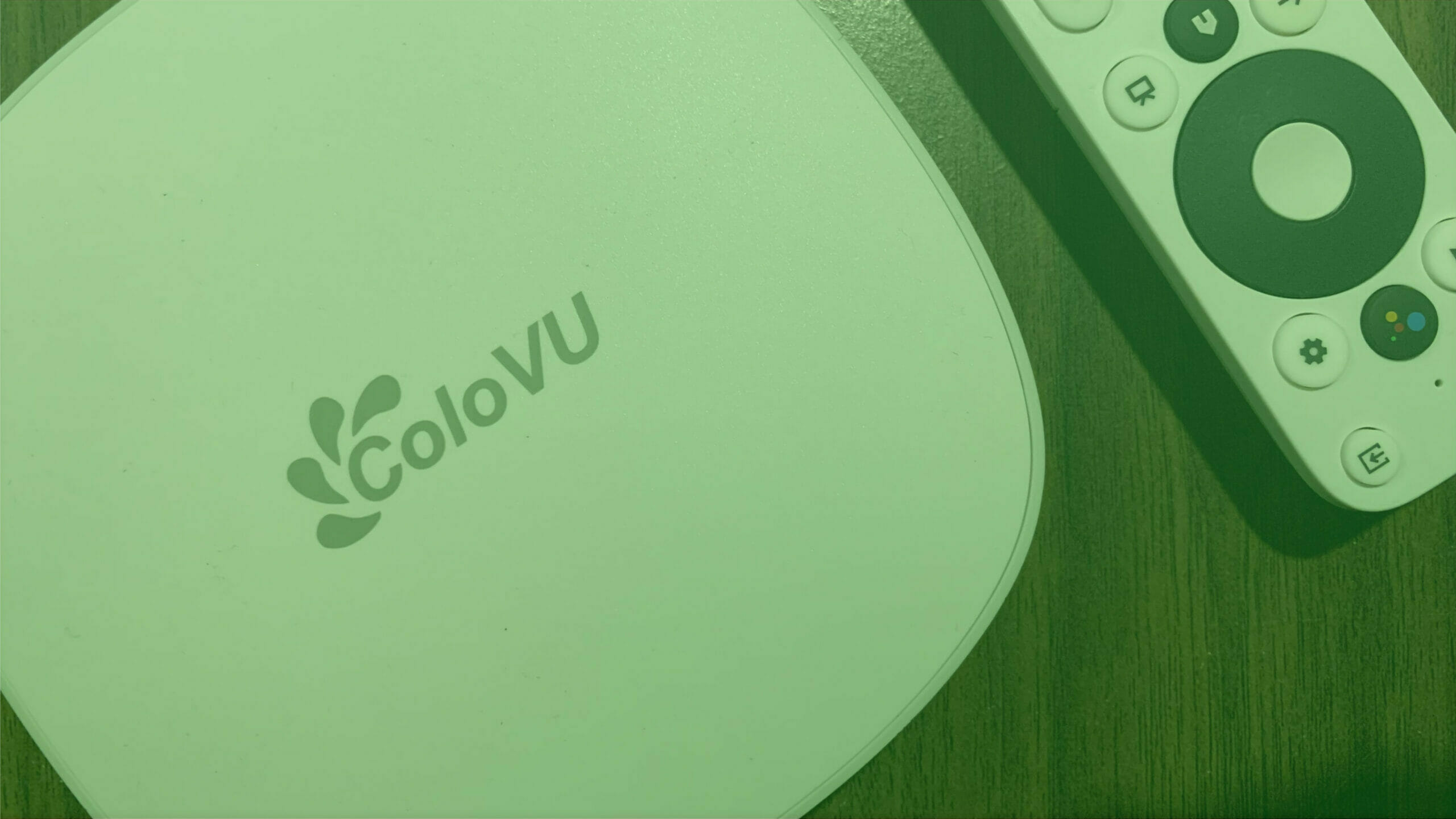 AndroidTV boxes and media hubs are a dime a dozen. From Roku and Xiaomi, through to custom boxes made from Raspberry Pi boards and slapped-together hard drives, there seems to be an option for all sorts of viewers and consumers. ColoVu, a rather nondescript manufacturer, has decided to enter this saturated market space with one of their own TV Boxes, the ColoVu C1 Plus… and it might very well be one of the best AndroidTV boxes currently available.

One of the better AndroidTV boxes on the market is the MediaBox Maverick. However, the device has a bit of a simplistic focus – doing one thing, and one thing well. The ColoVu C1 Plus, on the other hand, feels like it has taken a few cues from the market greats, and still manages to step into its own limelight.

The device is presented as a tightly packed ‘puck’, with the overall design mimicking current-day routers and consoles, with a decidedly curved chassis and an unapologetically hard plastic shell.

The ColoVu C1 Plus feels weighty and its hard plastic shell is textured with a matte finish, making it feel deceivingly soft to the touch. The white nature of the device does mean its various inputs and outputs cast a striking contrast. With that said, the number of ports the device has is fair.

There is one USB-A, and one SD Card slot for direct media playback (such as home videos or custom music playlists); and a further SPDIF/Optical port, an Audio/Visual port, a single HDMI 2.1 port, and a Gigabit Ethernet port. The device is powered via a removable 12V1A DC connector.

Beyond physical connections, the ColoVu C1 Plus also features wireless connectivity for seamless playback between computers and mobile devices. As an AndroidTV box, it comes with Chromecast built in. Google Assistant further aids in keeping an entire Google Home connected, allowing it to be added to the list of Home devices easily and without issue. Google Assistant also boasts exceptional voice-guided viewing and browsing capabilities, which makes it a good option in terms of accessibility.

Setting the ColoVu C1 Plus up is as easy as plugging it in and following the on-screen instructions. All it requires is a Google sign in, and it can immediately be used to stream all sorts of content. This includes the most up-to-date Netflix app, Showmax, YouTube, and even DStv Now, amongst many other apps available on the Google Play Store (even AppleTV and Apple Music are available). There are, however, a few things to take note of. Chief amongst these is how the device does not feature Dolby Atmos-specific audio decoding. In its stead, the mediabox outputs 4K HDR, HDR10, and Dolby Audio perfectly, making the lack of Atmos quite the surprise.

Interestingly, the device’s Quad-core 1.8 GHz ARM Cortex-A53 and ARM Mali-G31 MP2 processors are more than capable of decoding VP9, H.264, and H.265 (HEVC) video files, as well as pretty much every tested audio file, including MP3, and FLAC. Furthermore, Apple Music played its lossless files without issue; therefore insinuating the device can also decode ALAC (though official word on this is scarce).

In order to facilitate how easily the ColoVu C1 Plus handles switching apps and tasks, users are also given a remote control in the box. While fairly simple in design, the remote comes with all the buttons one would ever need. These include a Google Assistant button, volume and channel controls, as well as a back, home, and dedicated middle button for optional features within apps. Users can also access the mediabox’s settings directly from the remote, and naturally, power it up or down. As is the norm with mediaboxes, the remote control also features four dedicated shortcut buttons for YouTube, Netflix, Amazon Prime Video, and Google Play.

There is simply no denying how robust AndroidTV can truly be, and the ColoVu C1 Plus takes full advantage of the entire package. From its ease of use, through to how easily it can decode pretty much any files thrown at it; all this in conjunction with its fairly low price of entry (R1,400 ZAR); makes this device a bit of a no-brainer for those without smart TV’s or those who might be waiting for a good and affordable AndroidTV box to hit store shelves.