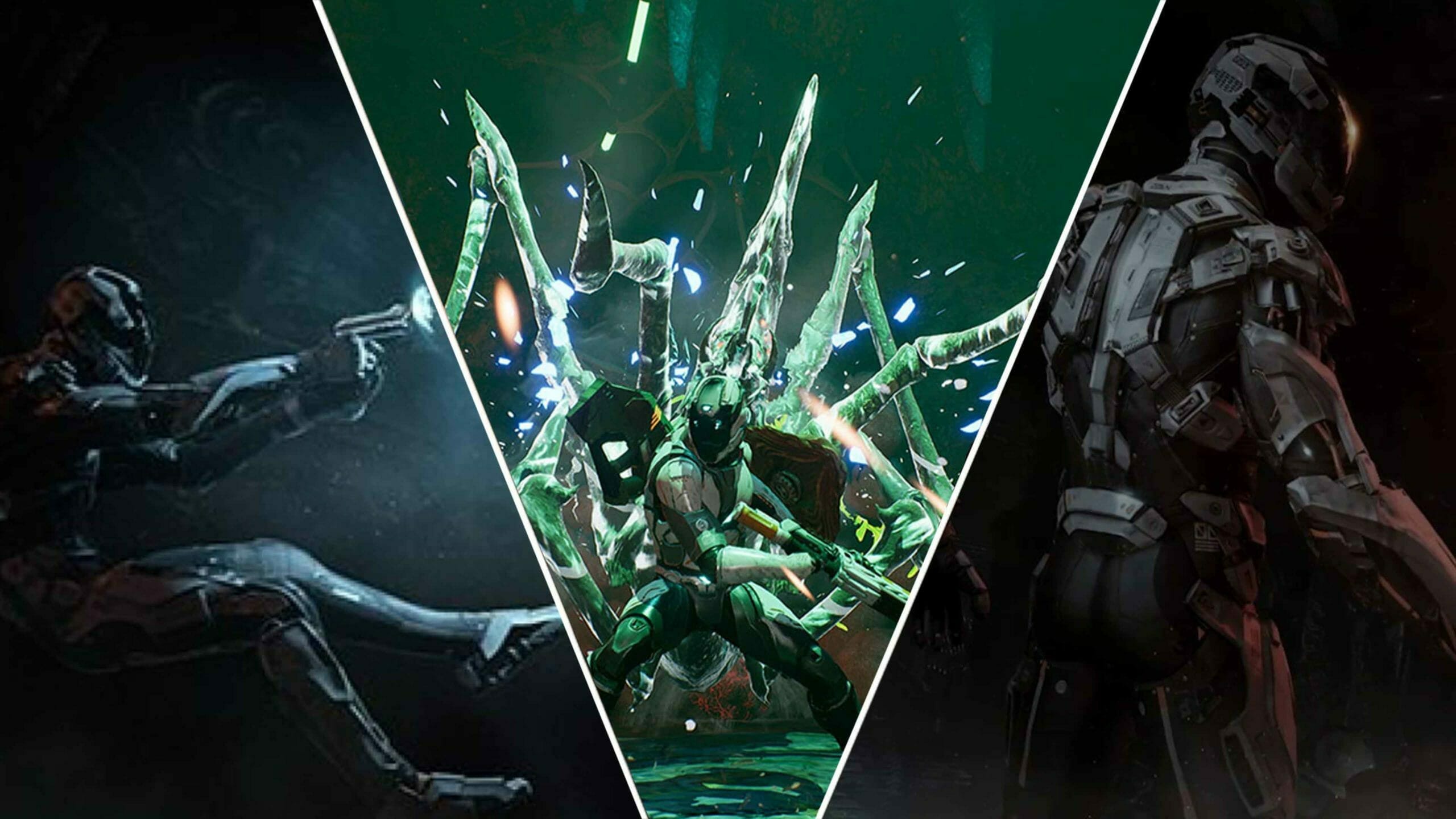 “In space, no one can hear you scream” was the tagline for the 1979 sci-fi horror masterpiece Alien. Today, said tagline is most apt for when talking about Dolmen (2022). Simply put, Dolmen is an upcoming action role-playing game that calls to mind classics such as Doom, Dead Space and even Dark Souls; while attempting to build upon the ever-popular “space horror” concept. The title originally started as a Kickstarter project and, through the help of 585 backers, managed to raise over $20,000 to bring the game to life.

Courtesy of developer Massive Work Studio we were granted access to a pre-release version of Dolmen, which allowed for roughly two hours of content. Despite the relatively short preview experience, it is quite clear how Dolmen is set to become an absolute treasure of a game for anyone who yearns for a Sci-fi themed third-person shooter interwoven with a Lovecraftian plot. Space and its frontiers are always exciting concepts to explore, allowing for much freedom in environments and design concepts. While only time can tell how successful Dolmen will be at expanding on the genre, we have compiled a list of three reasons why we believe Dolmen should be on your radar before its 2022 release.

The Story – Here Be Monsters

A significant driving point of Dolmen is the story rich narrative and lore, conveyed primarily through a combination of cutscenes and terminals found throughout the world. With this in mind, the story is revealed bit by bit as players naturally progress through the levels on offer. When combined together with the game’s take on isolation, a truly horrific atmosphere is presented.

In the story Dolmen tells, humanity has been ruthlessly colonising planets to extract resources for profit. A private venture known as the Zoan Corporation has been creating genetically modified humans called Drillers. They are then sent to colonise planets on Zoan’s behalf. Drillers are humans who have been modified in various ways in order to be able to survive the alien planet’s harsh conditions, something they would otherwise not be able to.

The game focuses on one location known as Revion Prime, a hostile planet rich in something known as Dolmen crystals. When mined and energised, Dolmen can break down any dimensional barriers and allow interactions between them. This means those who control the Dolmen also control space and dimensional exploration.

However, catastrophe ensues when a group of Zoan scientists decide to use Dolmen to open a bridge through dimensions and invite those ‘on the other side’ to come across. With the dimensional gate open to all that go bump in the night, it is an honest “gaze into the abyss, and the abyss gazes back” situation. Thereafter, it is up to players to try and contain the chaos while also recovering the remaining Dolmen, and hoping that history is not set to repeat itself once more.

The Customisation – Be Who You Want To Be

Dolmen truly shines and sets itself apart from the plethora of other highly similar games through its detailed customisation and collection system. Simply put, it allows players to create a unique character suited to their preferred playstyle. Instead of running through the game using the same three weapons and armour, Dolmen offers a selection of over seventy different armour pieces, eight shields, twenty-five different melee weapons, and twelve ranged.

However, the actual customisation comes in with synthesising each independent armour piece and weapon. Dolmen offers three upgrade paths for gear to follow. Each of these paths offers a distinct focus and allows one to imbue their kit with different elemental effects, such as fire or acid, allowing for many variations in the way the game and the various bosses are approached. Many of the enemies faced throughout Dolmen have a specific weakness to elements, which can be exploited depending on gear and build.

The idea behind embracing a customisation system like this is to give players variety with how they choose to play. It also encourages players to explore the world they find themselves in, searching for the materials they need to craft and upgrade. Every time one dies within Dolmen, which will be many, many, times; everything on their character, except equipment, is lost. Meaning the way a character is kitted out can be the difference between life and death, thus tipping the scales of battle in their favour.

The Combat – Stronger Than Yesterday

When talking about any action role-playing game or shooter, one of the biggest questions gamers will have is whether or not the combat is any good? Everything else in the game can be as solid as can be, but if the combat is off, the game will never be able to stand on its own. Thankfully, combat is one area Dolmen is not lacking. The combat in the game relies on an ever-evolving mix of tactics, from learning enemy attack patterns to shooting, blocking, parrying and dodging; the combat never feels the same minute to minute or fight to fight. While constantly needing to reevaluate the strategy used, there is also stamina for attacking, blocking and dodging that needs management as well as an energy bar.

Dolmen has four damage types: fire, ice, acid, and physical. The enemies are almost all resistant to one type of damage while being weak to another; and it is the players job to figure out which and adjust their approach accordingly. Elemental effects apply to both enemies and the player and can affect everything from speed to damage output and, depending on the player’s gear, even trigger new attacks.

The energy bar in the game serves as a healing indicator. However, it is also used to activate Energy Mode, enhancing melee attacks and allowing ranged weapons to utilise elemental effects. When a player dies, everything they were carrying is dropped, and if a player dies again before retrieving the dropped loot, it is lost forever. When combined with the limited number of heals available, it makes knowing when to run away a tactic worth learning. In this way, it channels a lot of Dark Souls.

While two hours of gameplay in a game such as Dolmen does not even scratch the surface for everything it has to offer, it was enough time to be drawn into the world that developer Massive Work Studio has created for their debut PC/Console game. There is much love within the unforgivingness of Dolmen, and while the game has a steep difficulty curve (be prepared to die many, many times), we never felt frustrated or wanting to throw in the towel.

If you are a fan of other space horror shooters, you should keep an eye out for Dolmen. Even though we cannot say for sure how everything is going to pan out, we can say that judging by what we have seen so far, Dolmen looks to be a fun, if somewhat familiar, romp through the unknowns of outer space.