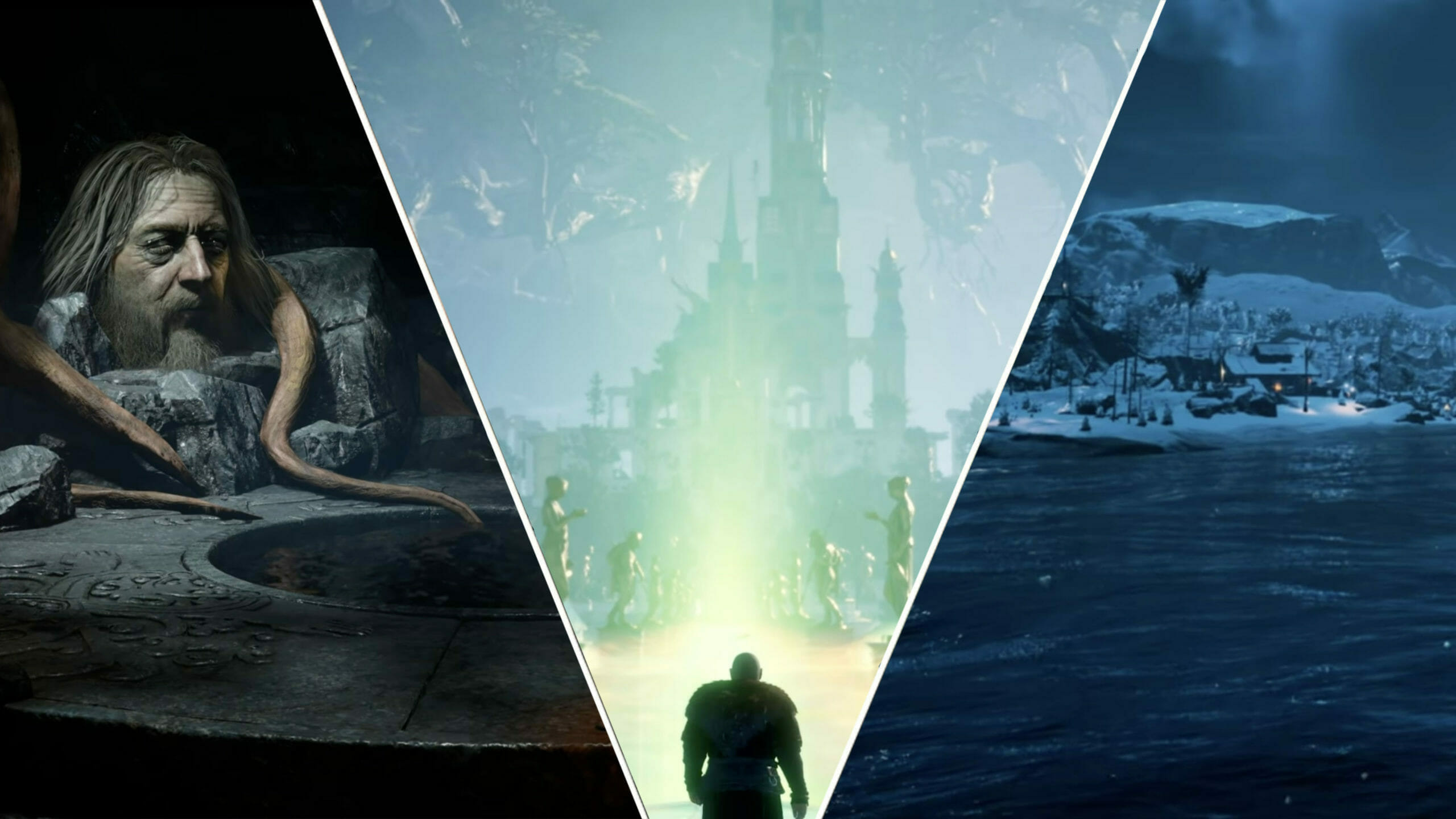 Assassin’s Creed: Valhalla (2020) has won the hearts and minds of millions of players since its release. Now Ubisoft is once again enticing gamers to explore its beautifully crafted, if slightly embellished, historical fiction of the viking era. Continuing on from the success of the previous two Tours, comes the Discovery Tour: Viking Age: a new experience designed to take players through various historical locations featured in the excellent Assassin’s Creed: Valhalla.

Designed with specialised input from historians and archaeologists, the locations in Assassin’s Creed: Valhalla’s were masterfully crafted. With this in mind, the Discovery Tour: Viking Age transforms the otherwise violent and extremely “gamified” world into a serene and educational experience, where players can freely explore without consequence. Previous Discovery Tours played a lot like museum projects and exhibits, where players could follow along carefully crafted lines in order to see and discover more about Ancient Egypt and Ancient Greece, respectively.

Viking Age, on the other hand, is structured differently and extremely well, with eight new and unique storylines to follow. Each storyline takes place across a number of chapters and acts, and also from the viewpoints of four unique characters. Players can choose where to go and which storyline to follow in order to get the most out of their viking adventure. The entire experience is very well thought out, engaging and truly interesting.

Stepping into the Discovery Tour: Viking Age may feel daunting at first, with a sudden openness not even the base game allows. Should England be explored first to discover its historical secrets, or perhaps Norway and its aurora borealis? Maybe the Religion and Magic or Myths and Legends categories are of more interest? The sheer volume of choices on offer are mind-boggling!

With this in mind, we have collated the three most important and Must-See Locations in the Assassin’s Creed Valhalla Discovery Tour: Viking Age (according to us). Needless to say, these three locations provide wondrous insights for all eight available educational categories; and are well worth the time to enjoy and explore.

In no particular order, the Three Must-See Location in Discovery Tour: Viking Age are:

An obvious choice to be sure, given how it serves as the starting point in both Assassin’s Creed Valhalla’s campaign and of the Discovery Tour: Viking Age experience. However, it is a starting point for a reason, and all the stops have been pulled to ensure this particular piece of the game is as accurate, beautiful and exploration worthy as possible.

In Norway, Discovery Tour: Viking Age players will learn more about the people called the vikings and how they found their name; how vikings became a feared people over the years; and how Ubisoft crafted the wonderful and beautiful locations of Ancient Scandinavia. In so doing, it is revealed how some artistic liberties were taken and used specifically to ensure Eivor’s backstory and history remain faithful to both Ubisoft’s vision and that of Scandinavian culture.

Exploring Norway through the eyes of Thorstein, for example, gives an entirely new perspective on what life was like in those times. Playing as Eivor is, understandably, much more of a power trip. There is no denying how beautiful Norway is, but it is certainly quite special to see how the people go about their business while the wind and sea crash wildly against the mountains and rocks all around them. Furthermore, once Thorsteinn makes his way onto the sea; the sheer scope and scale available to enjoy is unbelievably good!

Jotunheim, or “Jötunheimr” for the in-game locals, is undoubtedly the most mysterious of all the locations featured throughout Assassin’s Creed: Valhalla. The only way to reach this realm in the main game, for example, is to consume some magic juice that Valka prepares in her hut, and have Eivor go into an induced hallucinatory coma. As such, it is certainly one of the must-see locations in Discovery Tour: Viking Age.

In truth, Jotunheim is an absolutely wondrous location. While the informational points are somewhat limited, for obvious reasons, it does serve to give players some unique, interesting and mind-boggling facts to learn and enjoy. Contrary to popular belief, the realm of the jötnar (giants) is depicted as a cold and sterile place with very little to be excited about. What is most interesting, however, is how players will get to interact with the likes of Thor and Loki.

In following the main quest, Discovery Tour: Viking Age will give players ample information on the thought processes behind the design of the realm (for the game), and how challenging it was to adapt such a mythical place for interactive media. The visit to this must-see location in Discovery Tour: Viking Age is short and sweet, but one we implore players to explore as thoroughly as possible – you will not be disappointed!

It would be a travesty to exclude Asgard on this list of must-see locations in Discovery Tour: Viking Age. It is the realm of the gods, after all! While it is quite a small location (although not as minuscule as Jotunheim), players do admittedly have the option to go there quite a lot in the main game. Even so, having the opportunity to explore the home of the gods as nothing but a tradesman is rather exquisite.

Getting to Asgard, while following the overall narrative of Discovery Tour: Viking Age, might take an hour or two [there is always the option of skipping ahead for the impatient], but in so doing, players will appreciate the radiance and warmth it exudes much more easily (I cannot elaborate as to why without spoiling – but just do it). Loading into Asgard and being surrounded by Neve rending felines, before walking over the rainbow bridge, and exploring the grounds and halls of the massive radiant temples; is nothing short of breathtaking!

The amount of myth and lore Ubisoft prepared for this location is also immense, and makes for incredible reading (since that is, literally, what the Discovery Tour is all about). In short, Asgard is an incredible location to explore. While it is the second smallest in this list of must-see locations in Discovery Tour: Viking Age, it is so worth it!

Perhaps the best thing about Discovery Tour: Viking Age is how Ubisoft has gone above and beyond with their educational premise this time around. Where previous Discovery Tours were all about historical accuracy, Viking Age features behind-the-scenes information on the adaptation process; more information on the background lore and legends of the age in question, and a whole lot of historical accuracy thrown in for good measure!

It also offers a wonderfully new and concise way of parsing all of the available information, throughout eight big storylines split among four protagonists. This way, exploring the various realms becomes a breeze, and taking in all of the reading material becomes much easier. Regardless, whether jumping around or going along for the full ride one, thing is certain: visiting these must-see locations in Discovery Tour: Viking Age is a visual and educational treat.