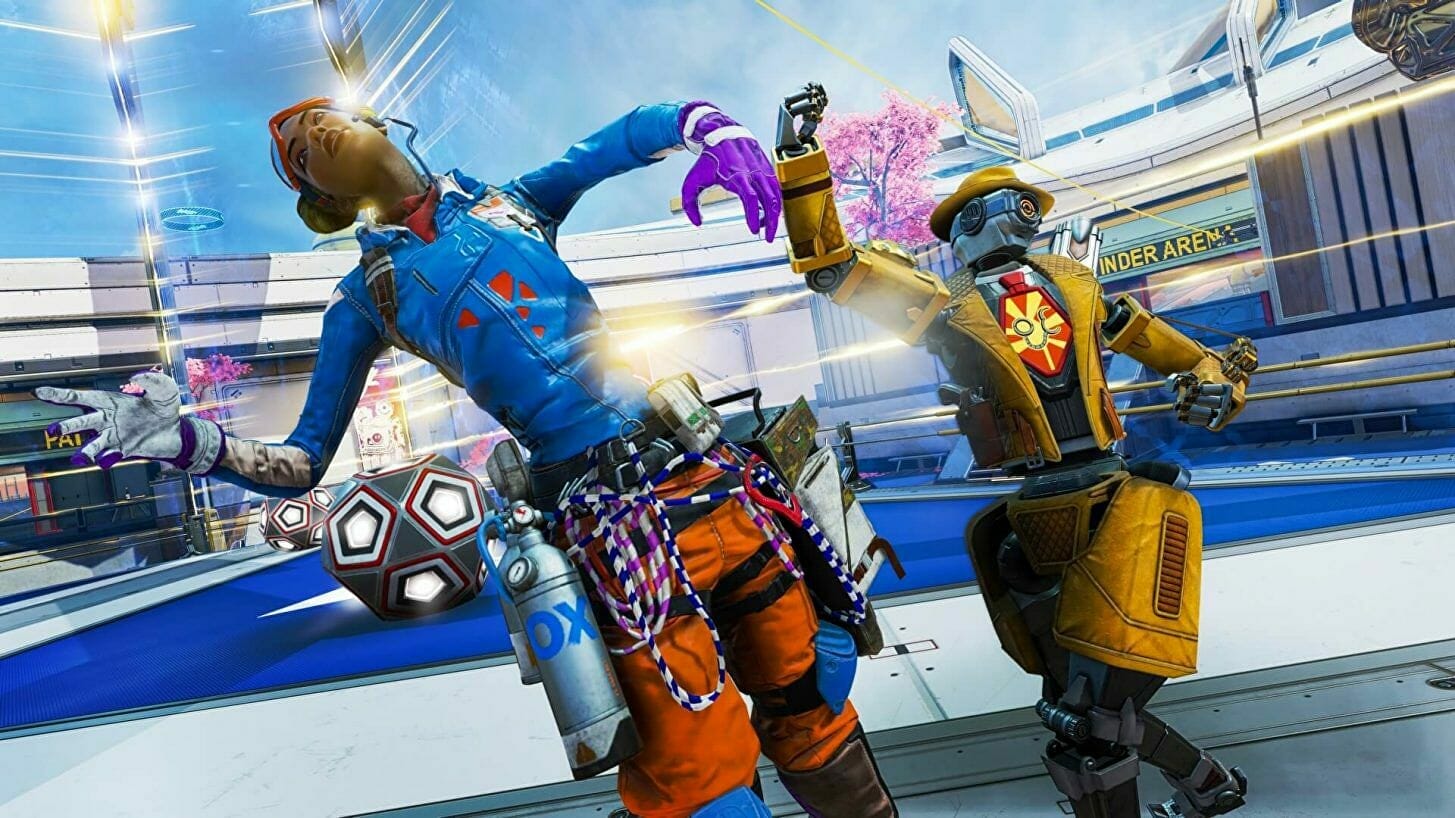 A goal for many Apex Legends players is achieving the coveted title of ‘Predator’ in the popular battle Royale’s ranked mode. Becoming an Apex Predator is a showcase of intense skill, dedication and adoration for the game and its mechanics. In so doing, players who achieve this rank are regarded as the best of the best; living up to the definition of the title (e.g.: top of the food chain, alpha predators etc). Getting to this rank, however, is no mean feat. Hence this list of useful Apex Legends tips to help players hone their skills and better prey on enemy squads.

In the same vein as switching weapons before reloading and finishing off enemy squad members before reviving a teammate, there is conclusive proof of how being unshielded results in an effect called ‘aim punch’. Typically speaking, aim punch is the effect of a player’s crosshair moving erratically from being shot. It is akin to becoming slightly disoriented from being ‘punched in the head’, thus the term aim punch.

In Apex Legends, aim punch rears its ugly head once shields have been depleted. Therefore, it is advisable for players to almost always recharge shields over health. In addition to possibly allowing more hits to be taken (depending on shield level) it will also prevent a loss of accuracy. It is certainly one of the most useful Apex Legends tips, especially when a single shot could be the different between winning or losing a game.

Going hand-in-hand with shielding up before replenishing health is how players should swap out shields instead of re-charging them. This particularly useful Apex Legends tip is one of the most used techniques amongst professional streamers. Simply put, it is far quicker and easier to loot swapped or downed enemy shields than it is to recharge depleted shields.

This is especially true in intense situations where the option of switching to a white shield and taking down an enemy squad is far more preferable to trying to escape in order to recharge higher level shields. After all, once the opposing squad has been eliminated the original shields can be reclaimed and recharged.

Although there is a certain aggressiveness to playing Apex Legends, there will be moments whereby players may prefer to traverse an area or loot a location without drawing any attention. With this in mind, the cargo bots roaming maps, with their promise of possible gold tier loot, are often far too tantalising to miss out on. More of often than not, players will make aim and draw attention to their location as a result. However, there is a way to knock these loot carrying angels from the sky, without so much as a sound.

The Charge Rifle is a rather unique weapon. As its name implies, it shoots a focused charge of pure energy at enemy players. Before the charge lands, however, the rifle sends out a damaging beam of energy. This initial beam can be used to tap enemy players and silently knock cargo bots out of the sky.

In order to perform this useful Apex Legends tip, simply switch away from the Charge Rifle the moment the trigger has been pulled. There is a slight pause between button presses, but basically pressing fire and then immediately tapping ‘weapon switch’ should do the trick. This will allow the Charge Rifle to ‘tap’ enemy players (to determine shield strength) and allow loot from cargo bots to silently fall to the ground.

Light machine guns (LMG) in Apex Legends have a two times headshot multiplier, making them incredibly deadly with precision aim. However, the L-Star has an additional advantage courtesy of how large its bullets are when compared to most of the other weapons available in the game.

Despite having one of the most erratic recoil movement patterns, the size of the L-Star’s bullet means headshots are far more likely to land than other LMG’s. In addition, most enemy players hit with L-Star bullets will be semi-blinded by plasma shots. Making the gun even more effective in close range skirmishes.

Ammo and Mag before Weapon

The need to reload weapons in Apex Legends almost always occurs mid-skirmish. Unfortunately, reloading can take a fair amount of time and could very well serve as the deciding factor in whether a dog fight can be won or lost. Hence why it is both advisable and good practice to switch to another available weapon before attempting to reload (even a grenade of some kind is better than reloading). In the same vein, another useful Apex Legends tip comes in the form of the sequence weapon upgrades should be collected.

Hot dropping in Apex Legends is part and parcel of the game. Therefore it is incredibly important to try and gain the edge on the competition from the moment the player character lands on the map. In this sense, there is a clear cut method to ensuring whatever weapon is picked up has a full mag of ammunition to pump into opposing teammates. The trick is to pick up the relevant magazine and ammo before the weapon. Doing so will ensure the weapon is fully loaded with the maximum capacity of the equipped mag. Although this can be a bit of a challenge in hot zones after dropping, doing so will ensure a far more favourable outcome when going up against those early enemy squads.

Apex Legends is enjoyable for many reasons, with movement being one of the best features of the game. Although a character’s running speed will differ depending on their class (e.g.: Gibraltar and Caustic are the slowest, while Octane is the fastest) all characters have the ability to use momentum to their advantage. In this sense, one of the best ways to preserve momentum is by means of the Slide-Jump and Tap-Strafe.

Sliding is one of the fastest methods of traversal in Apex Legends and should almost always be used whenever the terrain allows for it. Adding a jump to the end of a slide, however, has the added benefit of thrusting characters forward even further – with the momentum of the slide carrying them forward. The ‘Slide-Jump’ is a very useful Apex Legends tip and has instantaneous benefits – like offering much more ‘air’ and speed when quickly slide-jumping off of crates, walls and other obstacles. It is easy to perform and master, and is a staple of moving within the game.

There is another method of movement called ‘Tap Strafing’ (or ‘Flick Strafing’ for people who play on console with controllers), which greatly enhances the effect achieved via the slide-jump. However, this method of movement has seemingly divided the community into those who believe it should be used and those who feel it is a means of cheating (especially given how it does not work all that well on console). Either way, the movement mechanic is currently enabled in the game and gamers therefore have the option of making use of it or not. To this end, please see the embedded video below describing exactly how to do it.

Enjoyed these useful Apex Legends tips? Are there any other tips that could have been included? Let us know in the comments.