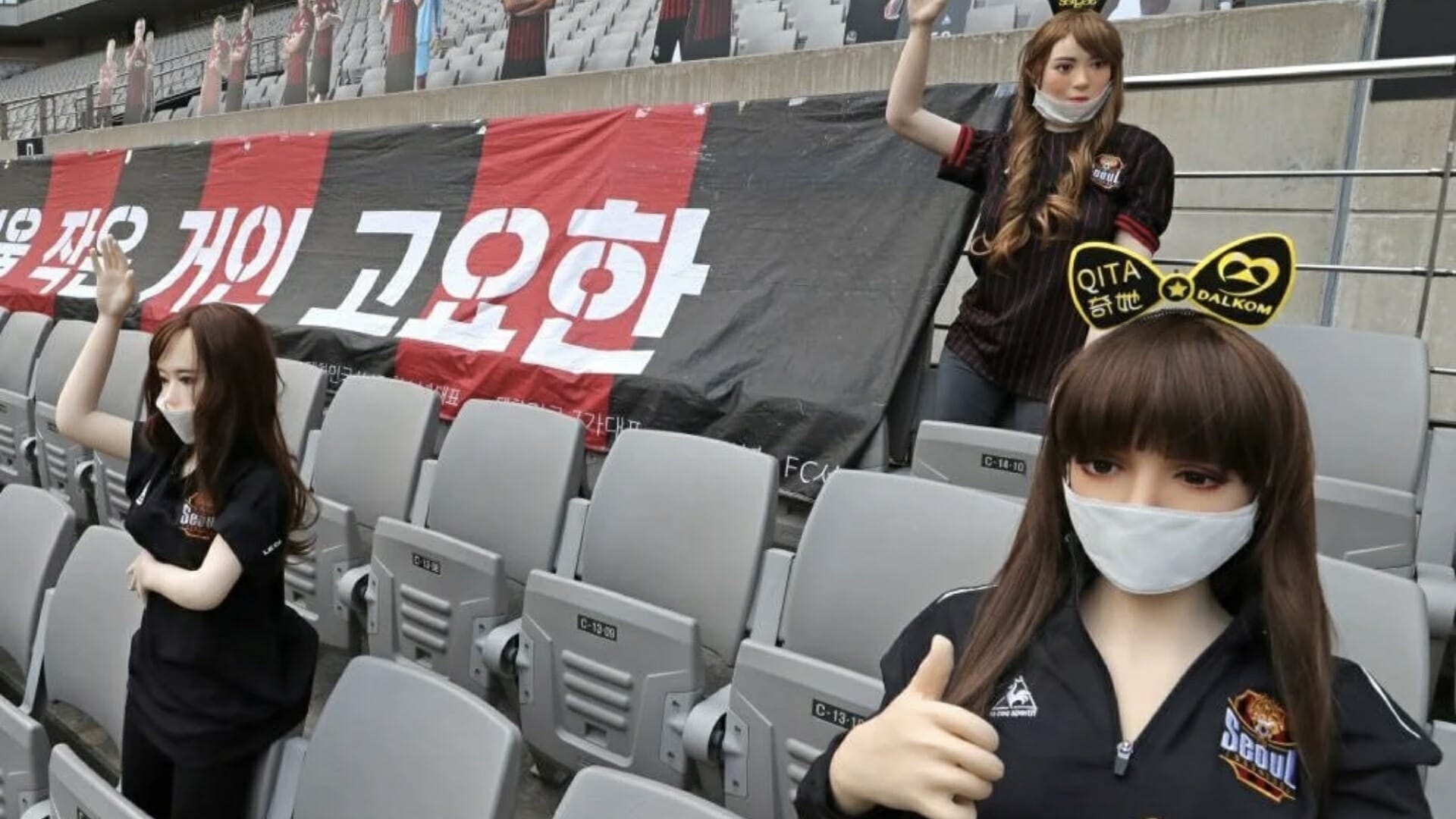 The Novel Coronavirus has had a huge toll on everyone, including professional sports. As countries slowly lift the ban on practising sports altogether, clubs and teams are steadily getting back into their grooves. The sad part, however, is that they have to do so without any fans or viewers for the foreseeable future. One football team thought they would go an extra mile for their players and fill one part of a stadium with mannequins. This kind gesture has resulted in some backlash, however, when team managers found out that said mannequins were sex dolls all along!

A South Korean football team had to apologise for using sex dolls as stand-ins during a match. FC Seoul, who won against Gwangju FC, released a statement shortly after the match, expressing “extreme remorse” for the mix-up. In the events leading up to the match, the team confirmed and ordered mannequins made to look just like real people. The mannequins were then dressed up with football merchandise representing the team and other casual clothing with the supplier’s branding. They were also placed far enough apart and dressed with face masks to endorse social distancing in these trying times.

Fans who watched the match via virtual means quickly noticed the stand-ins, and took to social media where they complained about the unusually busty natures of the mannequins. Turns out, the additional branding featured on their clothes was that of a sex-doll company! Unfortunately, this booboo seems to have had more dire repercussions than one would think. Advertising companies like that are considered taboo and go against guidelines. FC Seoul states that the mix-up is their fault for not doing due diligence during the ordering process. The team is now being investigated for sanctions. If found guilty, the entire club could face fines or have points deducted from the current season.

In total, FC Seoul ordered and strategically placed 25 of the sex dolls around the stadium where the match against Gwangju took place. Thanks to the articulate nature of these dolls, the team managed to make them hold placards, banners, and flags without issue. Personally, I think this is an innocent mistake made by individuals who really did not know any better. According to the statement, FC Seoul had no idea the company branding on the clothing had to do with a known sex toymaker. It was just an attempt to make the players on the field feel like they still had a crowd to cheer them on and nothing more. Only time will tell whether the officials share my sentiments, however.

Regardless of their intentions, this mix-up did get people talking, which in turn means more eyes will be on them during their next matches. Perhaps next time cardboard cutouts or soulless and faceless mannequins will do the trick? Now excuse me while I go rewatch how these sex dolls get made. You know, for science.