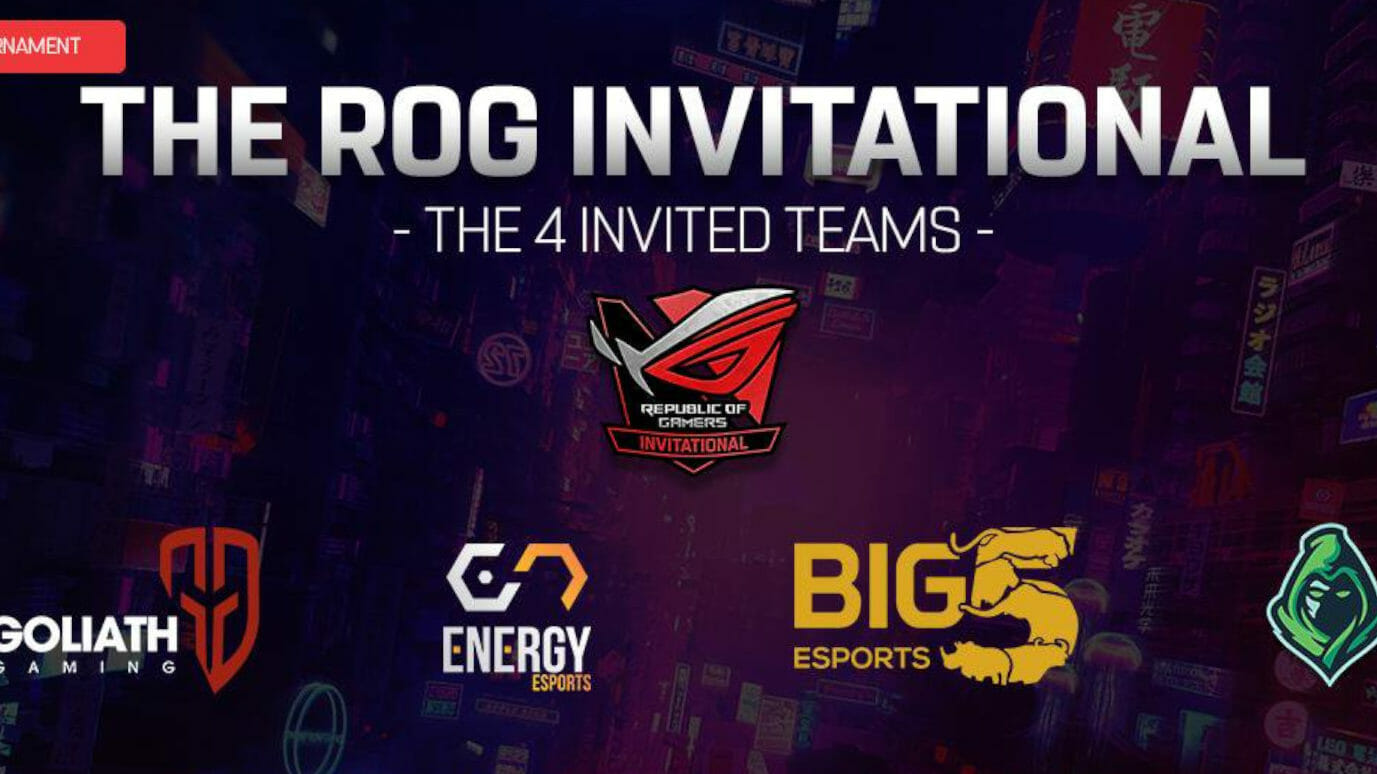 For the past month, Asus and Mettlestate have watched top esports teams from all over South Africa battle it out. It has to end sometime, and the time is almost at hand. You can catch the Republic of Gamers Invitational finals at Vodacom rAge 2019, and it is sure to be quite the experience. Well, with a whopping R150 000 prize pool, I bet it would be.

The finals, which takes place at the Ticketpro Dome in Johannesburg, will pit four of South Africa’s elite Counter-Strike: Global Offensive (CS:GO) teams against each other, as they go head-to-head for the glory and sweet prize pool. The four teams chosen to represent the best South Africa has to offer are Big 5 Esports, Energy Esports, Goliath Gaming, and Sinister5 CS:GO. Apart from these four teams, the Republic of Gamers Invitational finals at Vodacom rAge 2019 will also be host to several chosen teams who have not yet been announced.

The ROG Invitational final officially kicks off at 9:00 am, on Friday 27 September 2019. All teams will be taking part in a total of four upper brackets and two lower brackets as the day rolls on. The winners will then move on to two winners brackets on Saturday, 28 September; while the losers will go head-to-head in two losers brackets. Thereafter, the winners from those brackets will compete against each other for the final rankings on Sunday, 29 September. Interested fans can view a full breakdown of the Republic of Gamers Invitational finals at Vodacom rAge 2019 below.

The whopping R150 000 prize pool will unfortunately not all go the winning team. All teams involved will get some form of monetary compensation for taking part. They are the best South Africa has to offer, after all! In total, the prize breakdown is as follows:

According to ASUS South Africa, the rAge Expo has seen upwards of 35 000 attendees and a record 17-year existence since its inception. rAge has become one of South Africa’s largest gaming expositions, and is “synonymous with the most awesome weekend of gaming on the local events calendar”. ASUS South Africa and Mettlestate firmly believe that Vodacom rAge 2019 will be one for the ages – a bold claim that Vamers would love to see realised. Tickets for Vodacom rAge 2019 start at R160 per person for a single day or R320 per person for a weekend pass.