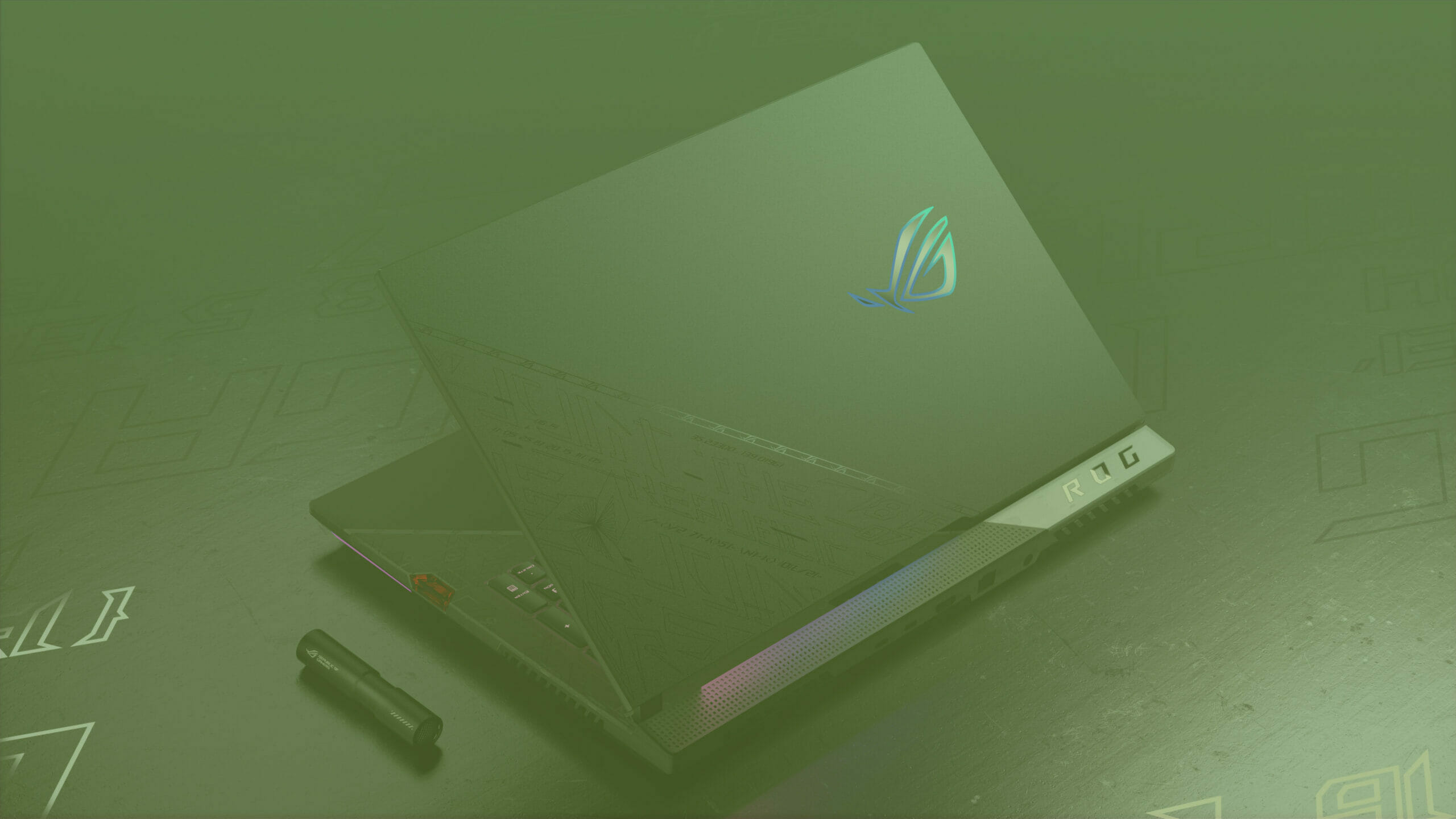 Finding the right gaming hardware can be an extremely arduous task. Countless questions need to be asked long before one starts looking at the available options. One question many often consider relates to mobility and portability. In this sense answers will often lie in purposeful design. Paying a premium for a product comes with high expectations, after all. This is where the ASUS ROG Strix Scar 17 SE delivers; showcasing how expectation can often be met – within reason.

Gaming laptops can be a challenge to recommend. Most of them will never leave the house, and feature cooling systems that are, arguably, worse than desktop equivalents. Sometimes, however, having the option of hardware being mobile is a necessity. Other benefits of a gaming laptop include fewer wires to bog one down, less of a hassle to transport an entire setup, and – as is especially the case with the ASUS ROG Strix Scar 17 SE – way more eye candy.

When it comes to gaming laptops, many manufacturers tend to focus on prettying a laptop up without offering much substance and functionality behind a design. In the case of the ASUS ROG Strix Scar 17 SE, this is partially true. For a start, most special edition laptops will often attempt to make the original “sexier”. In this sense, the ASUS ROG Strix Scar 17 SE is a beefy black and silver laptop with varying textures across its many surfaces. Rubber pads underneath keep it firmly in place on top of the smoothest of desks, while RGB lighting within the lid serves as a constant reminder of how this is still a gaming laptop. The lid also features a chromatic rainbow of shapes and lines when an ultraviolet light is shone on it (via included UV torch), while a printed design stealthily hides shies away on the bottom left of the device. The ASUS ROG Strix Scar 17 even comes with a trio of armour “caps” – interchangeable plastic lids with magnetic connectors sliding in and out of the back of the device. These come in silver, solid black, and more of a starry night black. ASUS even lets owners 3D print their own caps via a template provided on their website.

Although the design is certainly unique, it does not really provide any additional substance to the device. In essence, the unique textures and hidden UV messages are merely part of the machine as fun talking points versus serving any real-world purpose. In many ways, these gimmicky style points speak more toward the style of gaming hardware on a global scale, whereby “RGB all the things” rules supreme. Thankfully, the interesting design decisions do not take away from the functionality of the device, unlike some other laptops, and therefore exist solely for the enjoyment of the user willing to pay the premium for the aforementioned ‘uniqueness’.

The back of the laptop is somewhat utilitarian as well, since this is where most of the laptop’s connections are based. Here, users will find a Thunderbolt 4 port, a USB-C 3.2 port, an HDMI 2.1 connection, a gigabit ethernet port, and the connector for the laptop’s power. There are also two sizeable air vents on either side of the back. The left-hand side of the laptop features another air vent, two USB-A ports, and a 3.5mm auxiliary audio connection. The right side of the laptop is where things begins to change a bit, and where an interesting and surprisingly cool feature lies in wait to be discovered.

ASUS Keystone is a unique feature melding hardware and software together to create some fanciful new ways of interacting with the laptop. At the most basic level, it imports lighting and sound settings, program macros and shortcuts, as well as fundamental account information from one machine to another. The hardware part of ASUS Keystone looks like a tiny clear-plastic dongle with a smart connector, which comfortably fits into the right side of the laptop (none tech savvy users might miss it completely). There are a variety of unique settings and options the Keystone can evoke when quickly installed or removed, allowing for a lot of useful ‘tricks’ for users to play around with (an example is how it can completely clear the screen of all work and pause all video and audio when inserted). The Keystone is included with the ASUS ROG Strix Scar 17 SE, and even comes with its own lanyard for ease of access and transport.

Beyond ports, it needs to be noted how the ASUS ROG Strix Scar 17 SE does not have a built-in webcam. Instead, ASUS advertises supporting peripherals as separate sales. The 17.3-inch display is beautiful and showcases sharp details and colour with its Dolby-Vision capable 1440p resolution, but ultimately has more than enough space in its frame to house a basic webcam – a device that is essential for anyone who might use the laptop for work purposes or gamers who might want to stream while on the go. Alas, it is not featured here and will require an additional expense over and above the cost of the laptop. Elsewhere, however, the laptop features a Nvidia GeForce RTX 3070, and an Intel Core i9 processor. There are other configurations available as well ranging anywhere from R24,999 ZAR through to R62,999 ZAR or your local equivalent.

Opening the lid reveals a deck with a full hybrid mechanical keyboard surrounded by a hard plastic surface aiding in keeping the deck cool while gaming. It also features a sizeable, albeit clicky, touch pad. At R50,000, one would expect a premium feel to something that will be interacted with constantly. While this is true for the keyboard, the touch pad feels rather cheap in comparison. In all fairness, it is made with good and durable materials, which also take a long time to become warm when gaming. Despite feeling a little cheap, touch controls are snappy and responsive. Its only shortcoming is how it feels hollow when clicking, or how it looks unstable when in-use — it is not unstable, but it looks like it is. A shame, considering the laptop is pretty much stellar as far as overall design and build quality are concerned.

As is par the course with gaming laptops, the ASUS ROG Strix Scar 17 feels premium in both texture and actual weight. The laptop comes in at 3.1 Kg (6.84 lbs), which, if its hardware is anything to go by, sounds trivial. In reality, however, it can become quite cumbersome when using it during a daily commute. As such, the device might serve better as a proper desktop system moreso than one for the road.

In terms of power, the ASUS ROG Strix Scar 17 SE is equally as powerful as the desktop and lap presence it commands. Horizon Zero Dawn runs on an average of about 80 frames per second (fps) on High, while Monster Hunter World got steamrolled at a constant 100fps on maximum settings with its optional high resolution texture pack installed. Marvel’s Spider-Man looks gorgeous on it too, with full ray tracing and maximum graphics keeping its performance at a steady 60-70 frames per second, with the occasional noticeable dip during high speed web swinging.

In terms of long-term performance, the ASUS ROG Strix Scar 17 SE does quite well. Running the Shadow of the Tomb Raider benchmark at highest settings results in 120 fps at 1080p, while native resolution caps at 81 frames per second. Metro Exodus, on the other hand, resulted in a steady 82.12 frames per second in its RTX benchmark. It needs to be said that these two benchmarking tests shot the laptop temperatures up to its extremes. CPU temperature averaged around 79 degrees Celsius, while the graphics card peaked at around 72 degrees according to HWMonitor.

Gaming benchmarks are just one facet of a gaming laptop, however. As gamers are slowly becoming accustomed to the digital age where streaming and content creation is a simple part of life, so too, are their needs for basic video editing and transcoding. As such, we transcoded and rendered three different scenarios. The first involved importing a 2.30-min RAW 4K video file, which was then converted into 1080p. This took the laptop 5 minutes and 11 seconds. The second test consisted of rendering and exporting a 2-min uncompressed video into a playable video file with audio. This took the laptop just over 2 minutes to complete. A third test involved rendering and exporting a compressed 15-minute video file with looping audio into a playable video file. The Scar 17 finished the job in 17 minutes. This almost 1:1 transcode/render ratio coupled with the ASUS ROG Strix Scar 17 SE’s DCI-P3 colour gamut and 325 nits of peak brightness serves as the perfect benchmark for premium gaming laptops that can double as editing powerhouses. What users may find lacking, however, comes by way of the laptop’s audio quality.

The ASUS ROG Strix Scar 17 SE comes equipped with a pair of downward-firing speakers that ultimately sound a little soft. They do sound at their best when paired with Dolby Atmos, however, and watching any kind of media on it features booming kicks and deep bass. Treble is clear-as-day with flat mids, emphasising the listener’s presence in the middle of a production. When compared to something as simple as a Macbook laptop’s speakers, however, one would expect the ASUS Rog Strix Scar 17 SE to excel. Sadly it does not and is one of the weakest points of the entire system.

Gaming laptops often comes with sophisticated cooling systems tweaked to skyrocket in revolutions per minute the moment the internals become warm. While this means laptop fans will essentially sound like they are always blasting at full power, the ASUS ROG Strix Scar 17 SE manages to stay rather quiet. That is not to say fan noise is non-existent — the laptop aggressively battles to keep its Intel and Nvidia internals cold — but it does mean movies and music can be watched and/or listened to without too much of a worry. Gaming, on the other hand, will have the fans run much louder, but even this is not much of an issue given how most gamers wear headsets while gaming, and those who do not will often have the downward-facing Dolby Atmos-supported speaker system to keep them entertained.

Thankfully blasting music and video at max volume did not affect the battery too much. The ASUS Rog Strix Scar 17 SE actually features a monster of a battery, with performance truly surpassing most expectations. Streaming constant video via Microsoft Edge at medium-to-high brightness resulted in around 6 hours of battery life before the built-in Windows 11 warning popped up. The battery gaming test, on the other hand, showed vastly different results. In order to test its capacity for gaming, the laptop was tested in three parts. The first session played was a three-hour-long open-world roaming Horizon Zero Dawn session, followed by a 30-minute break outside of a game. Thereafter, we got about three hours of Monster Hunter World gameplay before it died, totalling 6 whopping hours of playtime. It is uncertain why gaming would result in longer battery life than a 5-hour stream, and it needs to be said that each benchmark was only done once. However, these are pretty good results, nonetheless.

There is no denying the ASUS Rog Strix Scar 17 SE serves as an exceptional kit. It has a gamer-centric design focus, which is sleek and feels comfortable to hold while being simultaneously utilitarian in its execution. It has an average amount of input/output, but comes with a fair bit of additional and surprising features. While it does not have a webcam, and its touch pad can be a hit or a miss, its charming design paired with beastly insides and a colour-accurate display with crazy refresh rates, makes it one of the most capable gaming laptops seen in 2022.