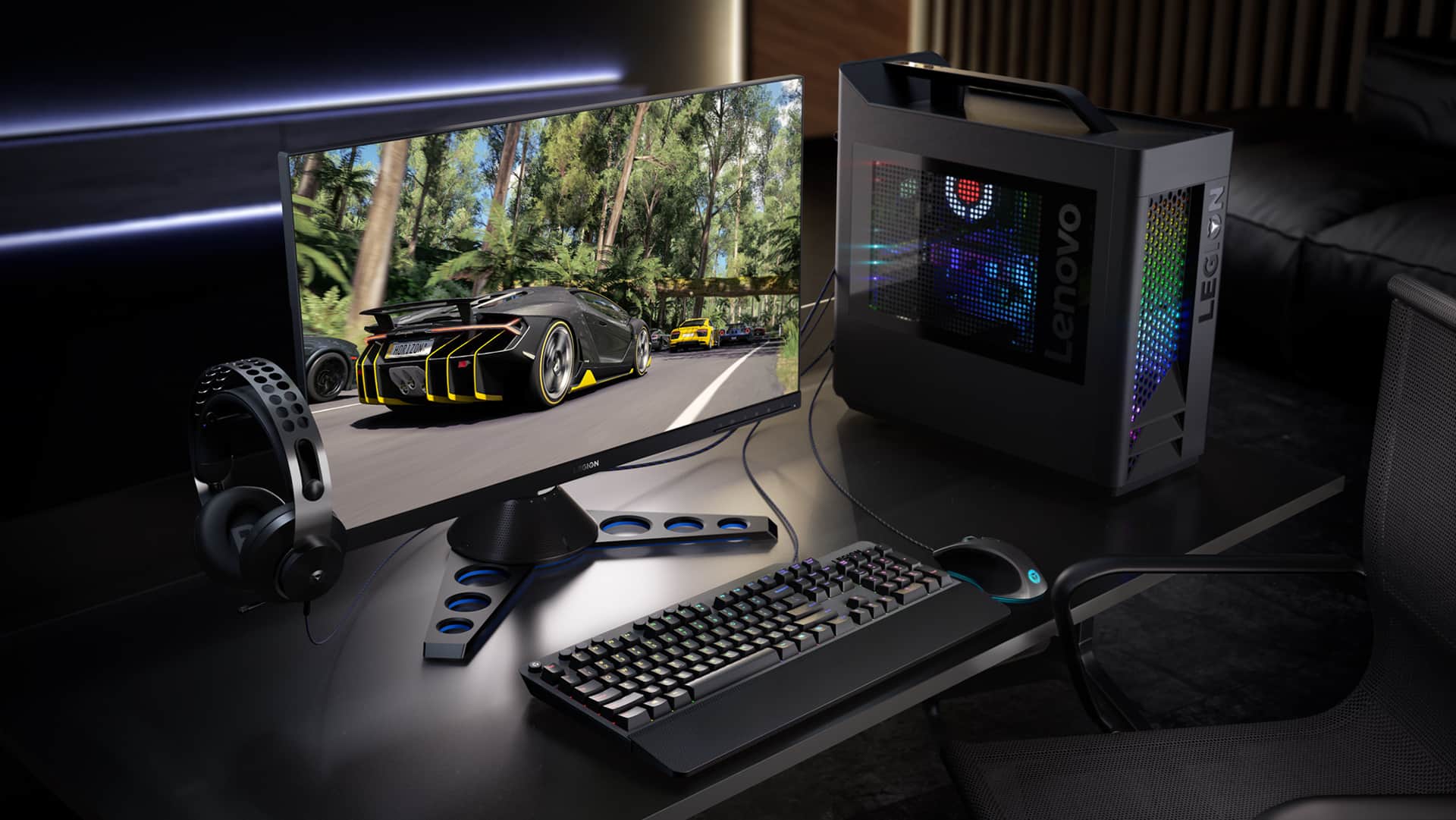 Lenovo Legion is one of the strongest up-and-coming gaming brands. Legion has been making waves in the gaming peripheral and hardware market since its inception a few years back. With 2019 now in full swing, Lenovo has decided to unveil a bunch of upgrades that will make Lenovo Legion “get savage”.

Lenovo is known for its outstanding support and, more recently, build quality. They have never really been known for their performance, however. This is set to change in 2019 with the new Legion Y740 and Y540 devices.

Both devices feature Nvidia’s RTX 20-series GPUs, 6 Core processors, and “loads of RGB”. After all, if you cannot make it pink and blue and green at the same time, is it even gaming related? 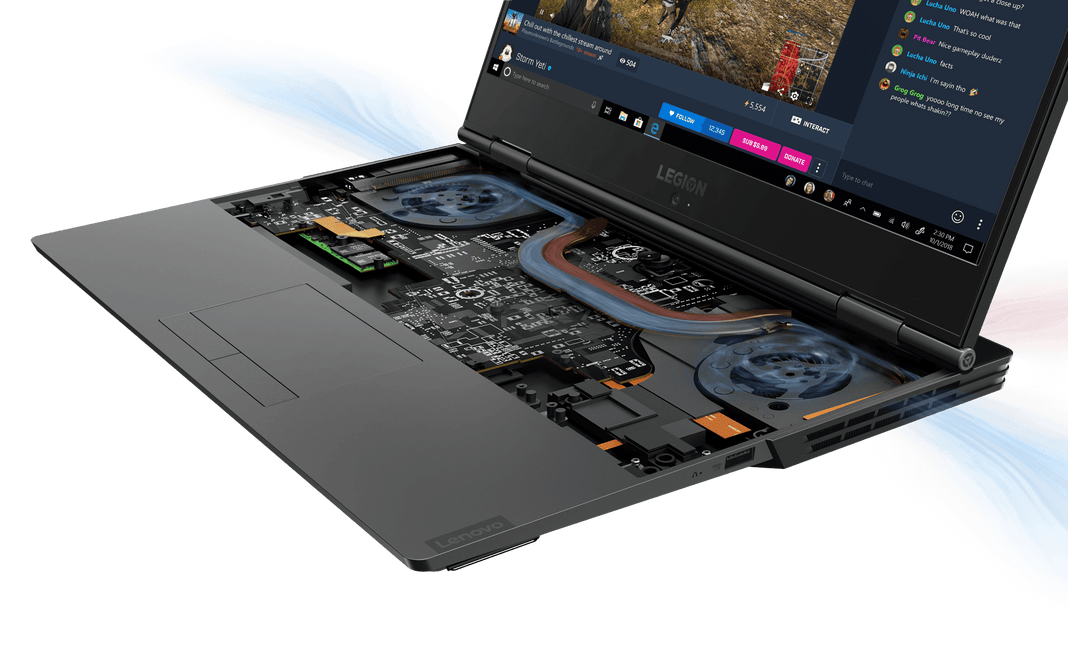 As for what GPUs they will feature, Lenovo states that the Legion Y740 will come with an RTX 2070 Max-Q in the 15-inch model, while its bigger 17-inch brother gets an RTX 2080 Max-Q. Both devices feature a 144Hz Full HD 1080p display with Dolby Vision support and a peak brightness of 500 nits. Perfect for high-dynamic range (HDR) content.

Both devices also come with 8th Generation Core i7 processors and up to 32 GB of Random Access Memory (RAM). Lenovo also states that the devices have 100% anti-ghosting technologies (to prevent those unnecessary extra inputs on the keyboard), CORSAIR iCue RGB backlit keyboards; and a Dolby Atmos speaker system for the Lenovo Y740. 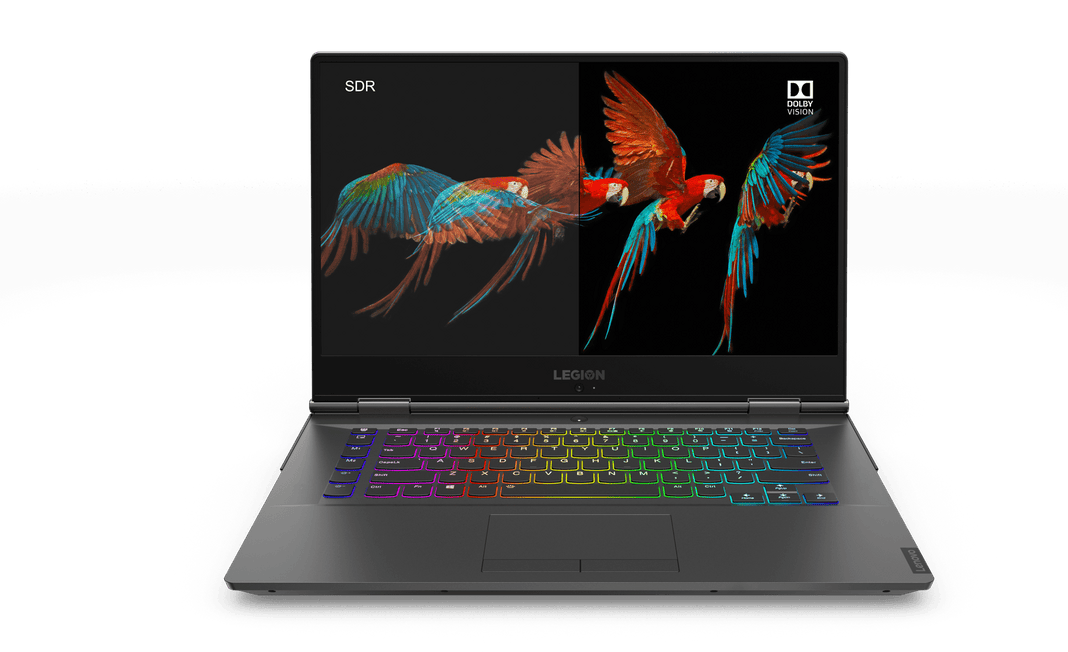 Along with the meatier options, Lenovo Legion also states that the Legion Y540 will come with an option for a 15-inch Nvidia RTX 2060 GPU, a normal “SDR” display, and Intel Core processors. All baked into a much more affordable package. This particular model weighs somewhere around 2.3Kg, and only features a white backlit keyboard with a speedy 1ms response time. It does, however, feature a set of Harmon-Kardon speakers with Dolby Atmos support, which is pretty cool. All devices are set to last for at least 6 hours while gaming.

The Lenovo Legion Y44w is a 43.4-inch beast. It is an ultra-wide curved monitor with an ultra-wide 3840×1200 resolution, 144Hz refresh rate, and a peak brightness of 450nits. It also boasts a VESA-certified DisplayHDR 400, and features AMD Radeon FreeSync 2. 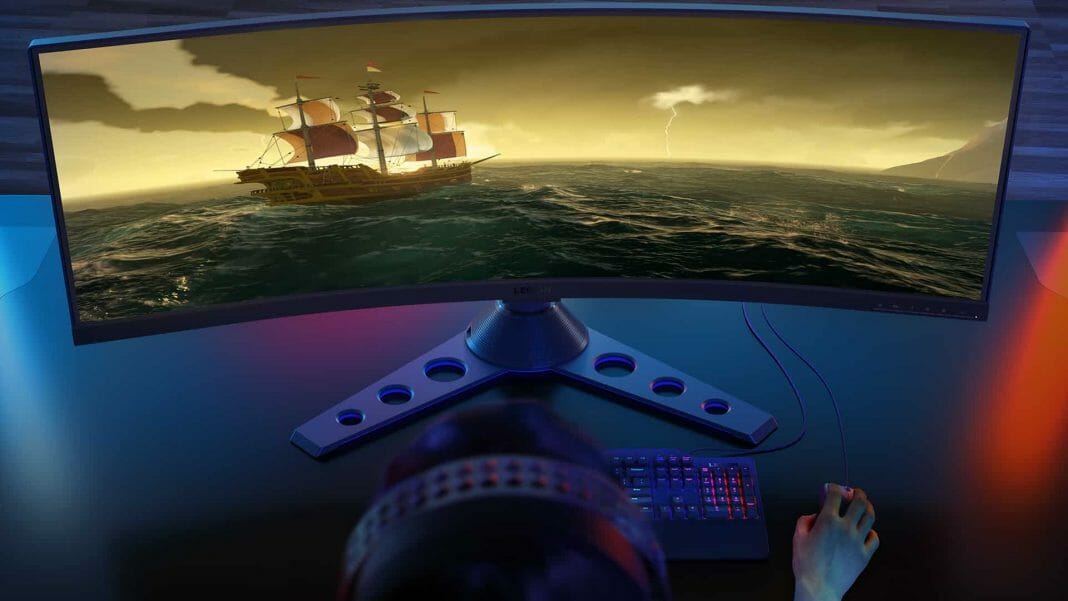 On the other hand, the Legion Y27gq comes in at just shy of 27-inches. It has a 2560×1440 QHD display with a whopping 240Hz refresh rate. It also has Nvidia’s patented G-Sync technology that can be paired seamlessly with the graphics giant’s new RTX 20-series chipsets. Both devices are set to become available in April 2019, but local availability and pricing has not yet been revealed.

According to Lenovo, you cannot do “serious gaming on a touchpad”. I cannot speak for everyone, but Angry Birds is as serious a game as any and a touchpad is exactly what it is made for!

All kidding aside, Lenovo Legion has unveiled a new gaming mouse, complete with a monster of a sensor, mechanical switches, and RGB lighting.

In particular, the new Lenovo Legion M500 Gaming Mouse features a full-range of RGB lights on the logo on the palm rest, and along the sides and back of the mouse. There is also a strip of lights along the wheel. Beyond the RGB, the M500 features a 16 000 DPi sensor that Lenovo calls IPS Tracking Precision; and OMRON mechanical micro switches in its triggers and side buttons that can be customised to your preference.

It is no secret that I am not a fan of many gaming peripheral makers. Other than Logitech, of course. I prefer Logitech’s conservative looks, which are known for exceptional build quality. The problem, however, comes in when pricing needs to be compared and worked into a budget.

Bang for Buck, however, is where Lenovo has always excelled. With the addition of the new K500 RGB Mechanical Keyboard, they may very well become a direct competitor to the likes of CORSAIR, Razer, and even Logitech’s cheaper keyboards. The Legion K500 is made to perfectly go together with the M500 Gaming Mouse. Complete with minimalist design and ultra-fast response times.

The keyboard features anti-ghosting across all of its 104-keys, super smooth red switches (however, it is uncertain whether these are OMRON, Cherry-MX, or Lenovo’s proprietary switches); and a full complement of function keys that can be customised.

Lenovo Legion H300 and H500 Pro 7.1 Gaming Headsets – for when you do not want to hear your siblings scream at you while you game

Lenovo did not say too much about their two new headsets other than that they are “affordable”. The H500 Pro is a 7.1 Surround Sound Gaming Headset, while the Legion H300 only comes with stereo output. Both headsets feature a cool-looking retractable mic and in-line switches.

The two Lenovo Legion headsets will become available in early 2019. However, local pricing and availability has yet to be revealed. 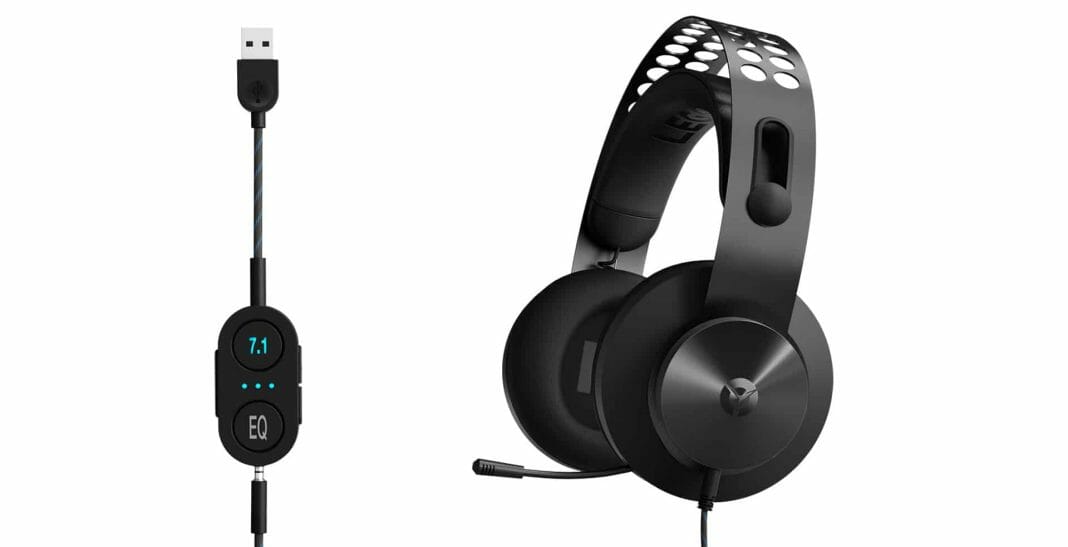 Overall, Lenovo Legion‘s 2019 offerings seem extremely promising. It is a stark contrast to their consumer and “professional” offerings, which I admittedly feel are lacking. The monitors, especially, caught my eye as proper money makers for the brand. We will update this post as soon as local availability is revealed.