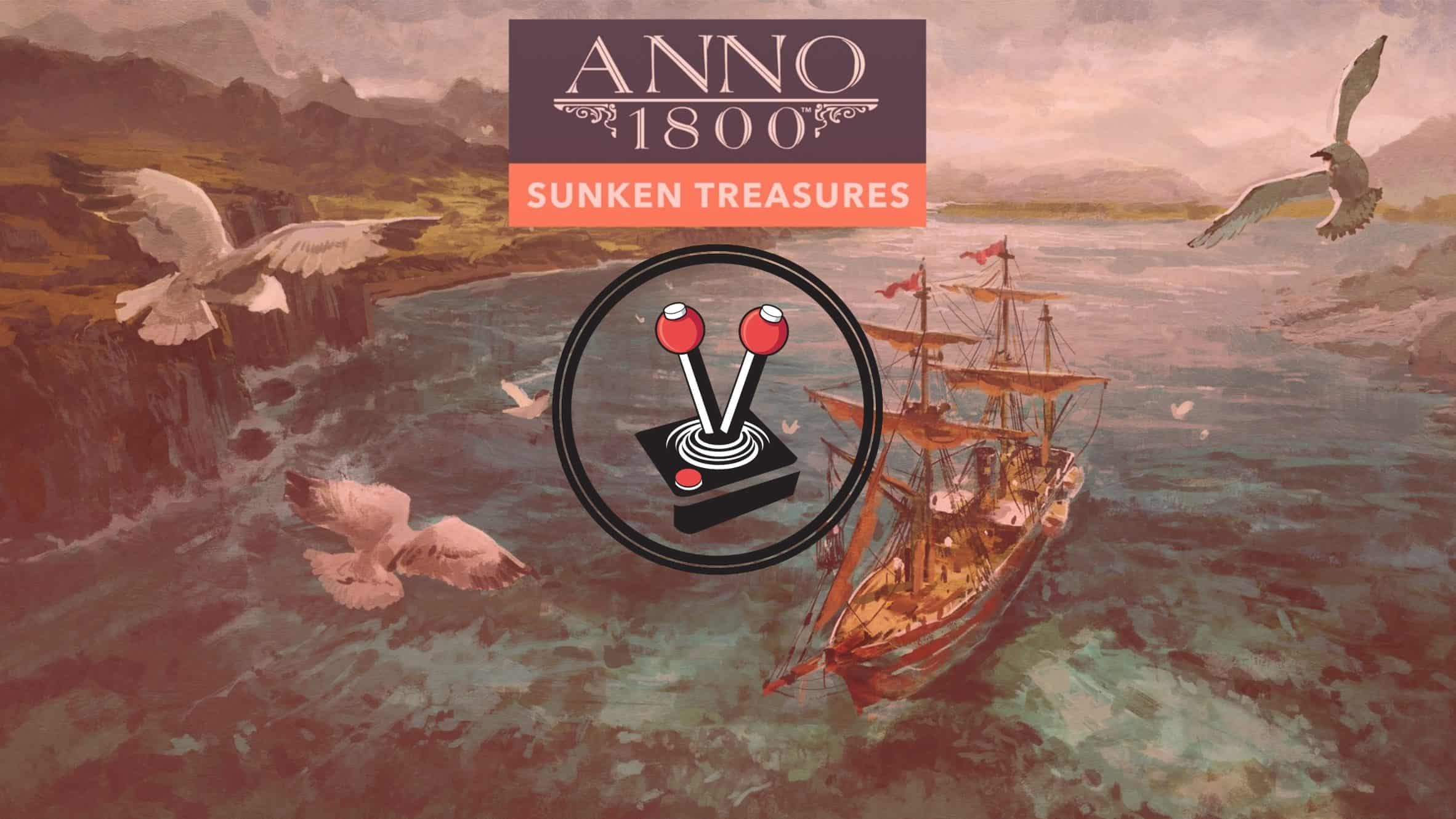 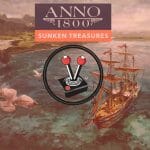 Anno 1800 is a fantastic title. One that should absolutely be played by any and all city builder fans. The game adequately simplified some of the overly complicated mechanics from previous titles, and refined and reworked the nuanced yet easy to understand gameplay that everyone loved, and crafted it into an incredible game. Now the game is set to get its first bit of downloadable content (DLC) with the Sunken Treasures DLC.

The Anno 1800 Sunken Treasures DLC is the game’s first “sizeable” downloadable content meant for all Season Pass holders. It introduces a huge new quest, new things to build, and a massive new continent to settle. In this Sunken Treasures DLC review, I will go over what it is that makes the game even better now that the season pass has come into play.

Seeking treasures from below

Sunken Treasures, as you would imagine, revolves around shiny things that have, quite adequately, sunk below sea level. However, before you even find out about the titular treasures and the means to find them, a massive quest awaits you.

As with most downloadable content, the Sunken Treasures DLC first requires players to jump into a game that has been on-going for at least a few hours. Whether you start a new game, or load into an old one, the first thing you will see is a pop up asking whether you want to activate the new Sunken Treasures DLC on your current game. Once you do, you are required to grow your population and keep them happy – long enough to have at least 700 Artisans to boast about. Admittedly, I was kind of scared when I first got wind of this requirement. I had well enough artisans, but my little third level settlement was a bit of a mess. Fortunately, the artisan requirement counts the total artisan count, and not just the available artisan count. Bullet dodged.

As soon as the expedition unlocks, you are told of unknown glories to be found in a brand-new continent called Cape Trelawny. You are also told that the Queen, who has suddenly vanished, may be found there. Naturally, as an upstanding conqueror, you set off to find not only the Queen, but new lands to settle and new treasures that lie in wait below the sea. You do this, of course, but not before you have to befriend Old Nate, an innovator and deep-sea expert. Nate quickly informs you that you need to build a brand-new ship, the Salvager, in order to find the treasures that you are looking for. From here on out, it becomes a race for time; as you build your population and gain the necessary technologies and population tiers to build the correct ship and its escorts.

As you begin your Sunken Treasures DLC journey, you will at the very least, have unlocked the New World, and have reached the third population tier in the Old World. Upon reaching the point where you have amassed 700 artisans among your populace, the expedition to set off toward Cape Trelawny opens up.

This expedition starts off as any other. You get a mail that creates quite a stir among the denizens of the Old World. The Queen is lost, and has been tracked to a brand-new continent. In the same vein as the expedition that unlocked the New World, players are encouraged to get a ship large enough for multiple inventory slots. It is imperative to equip the ship with enough rations, be it bread, bananas, or even sausages, a bunch of canons, and perhaps even firearms, for the journey ahead. The first time I unlocked the expedition, my frigate sank within the hour. Lesson learned.

The expedition itself acts as any other: you take your frigate on a little off-screen journey, where the captain of the ship will chime into your normal gameplay every so often. It is up to you to dodge pirates, sneak past threats, and ultimately, make it to Cape Trelawny – all carried out via fashionable little dialogue options. Very little of this is actually seen, similar to the expedition toward the New World.

Once in Cape Trelawny, however, you are welcomed with a massive continent. According to developers Blue Byte, Cape Trelawny is “three times” the size of Old World. It is massive! Beyond having to go through the entire building process once more (only now on a massive sandbox, and with the included help from your other settlements), you also meet a neutral trader who settles his own island. Old Nate will tell you of the treasures below the ocean, and how they may or may not hold the key to success in Cape Trelawny. From here, you unlock the means to build a brand-new ship called the Salvager – a big, brawny ship with very little defences, that can be used to salvage treasures from below with the new diving bell ability. In order to take full advantage of this, players will learn how to craft. Bring Old Nate the correct construction materials to finish his experiments, and you will be met with otherworldly technologies for your salvagers to use. The SONAR, is especially useful.

Beyond Old Nate and the Salvager, Cape Trelawny also brings a bunch of new ways to optimise your economy. This includes new traders, simple citizen quests, and a fair number of new attractions. Of course, that is not all. The crafting system extends back to the Old World and New World in the same fashion as the diving bell activities. Blueprints acquired from Old Nate enable all kind of technologies to be crafted, in tandem with resources from the previous two continents. Each of which will greatly enhance your endgame. These include new ways to minimise threats on your settlements, even bigger optimisations that can be equipped at trade unions, and more. The Sunken Treasures DLC really opens up the world of Anno 1800.

A game worthy of your time

While the Sunken Treasures DLC tacks onto the game in proper downloadable content fashion, it does come with a brand-new biome, complete with its own ecosystem, weather, and yes, threats. Cape Trelawny is huge, and space in Anno 1800 has always been a precious luxury.

It is so big, in fact, that once you have settled one or two landmasses in Cape Trelawny, neither one of your outposts will look the same. Weather is epic, and the addition of the salvager adequately opens up the waters in a way that I never thought possible for Anno. That is, of course, not taking an entire game set in space into account, but I digress.

Anno 1800 was already an incredible game from the start. It was the best kind of sequel that any fan could ask for, and it brought with it hundreds of hours of gameplay that felt new, while also familiar to anyone who had previously played an Anno title. In that same way, the Sunken Treasures DLC brings whole new ways to play, while simultaneously only really improving on what was there from the start. The quest that drives players toward Cape Trelawny is fairly straightforward, and the new building additions are great. However, once you unlock the Salvager and find one or two of Old Nate’s blueprints, you are set for the endgame. It really is great! Now excuse me while I throw my days away at this game.