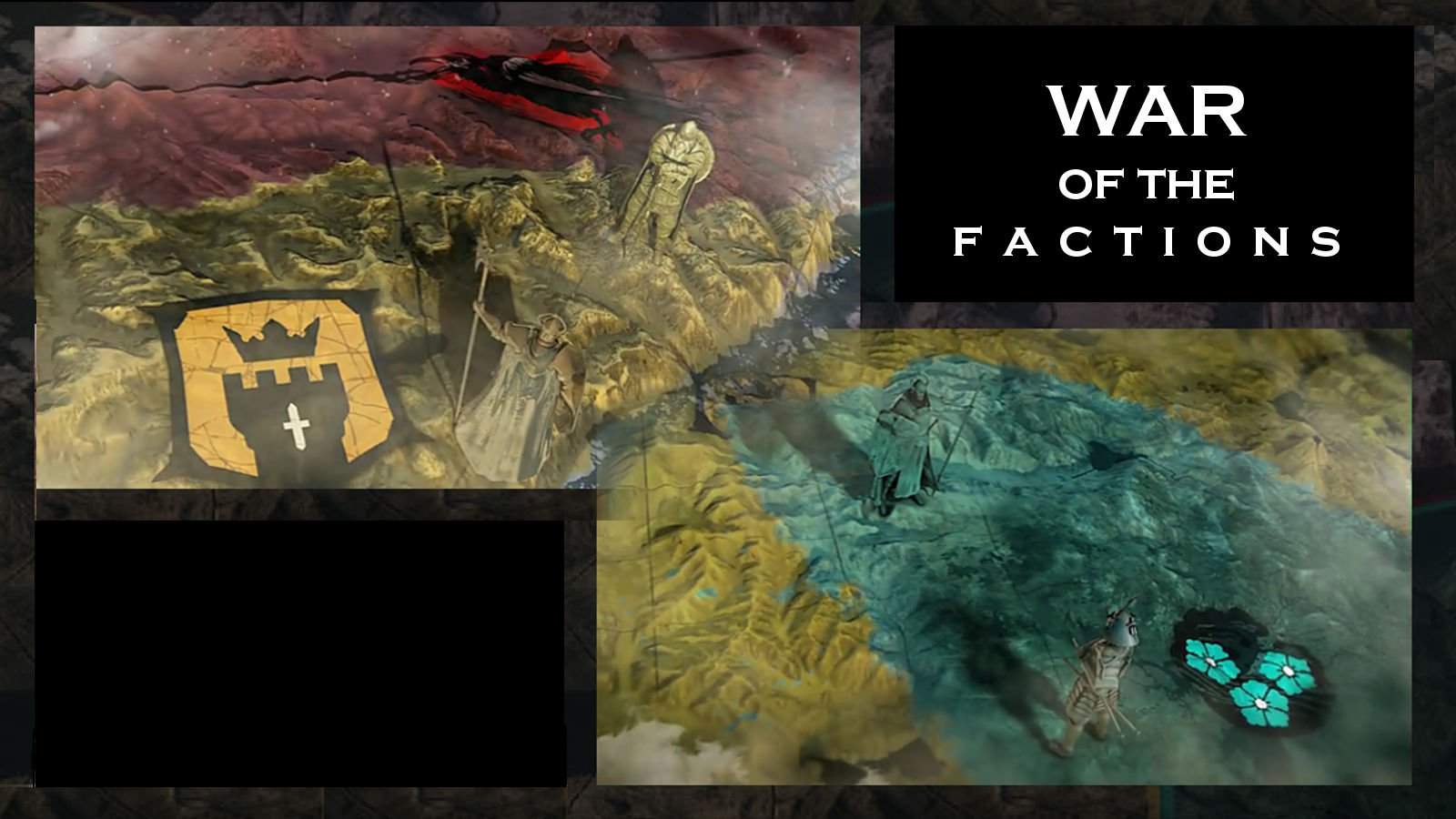 The very first thing a player is asked to do when booting up For Honor, is to choose a faction. This is, in part, because of the overarching ‘War of the Factions’ metagame. Although the game promises that the choice of faction will not limit any gameplay, it is surely a very daunting choice to make for many (like, does it really not make a difference?). As such, I did a bit of digging to clear things up and to discover exactly how this ‘war of the factions’ will work.

For Honor is Ubisoft’s anticipated third-person, medieval, multiplayer game. It recently had a closed beta, of which both Hans and myself took part. Much like the real game, the beta of For Honor introduced a taste of the multi-platform metagame event called War of the Factions. In order to take part in it (and pretty much to play the game), the player must choose a faction at the very start of the game. This must be done regardless of whether you picked the game up primarily for multiplayer or single player.

The game lets you choose between the three factions featured in the game: ruthless Vikings, merciless Knights, or master Samurai. Choose one, and the game immediately throws you into the tutorial mission with a hero from the chosen faction. This literally only matters in regard to the shape of your starting emblem and the multiplayer meta event. It will not affect your actual gameplay at all.

I repeat. Choosing a faction is, for the most part, purely cosmetic. Gamers can still play as characters from any of the competing factions. That means that no matter which faction you choose, everybody ‘wins’.

It is easy to forget that the game is a multiplayer game until you finish the tutorial mission and are sent to the menu. It is here that you learn the various ways in which you can contribute to the War of the Factions. Governing them all, however, is the faction you have chosen.

By winning any multiplayer match, you are awarded war assets. These will directly count toward your chosen faction’s bid to win the war. If you wish, you can add them to whichever front you wish to support in the war. If, however, you would rather just enjoy the game, all assets are added automatically to your chosen faction after each play session.

The War of the Factions only lasts a certain number of days. These are called Seasons and will reset when the timer is reached. By the end of the season, a winner is announced. All players who are part of the winning faction will receive special bonuses in-game. Players who participated, however, will also receive a few extra bonuses.