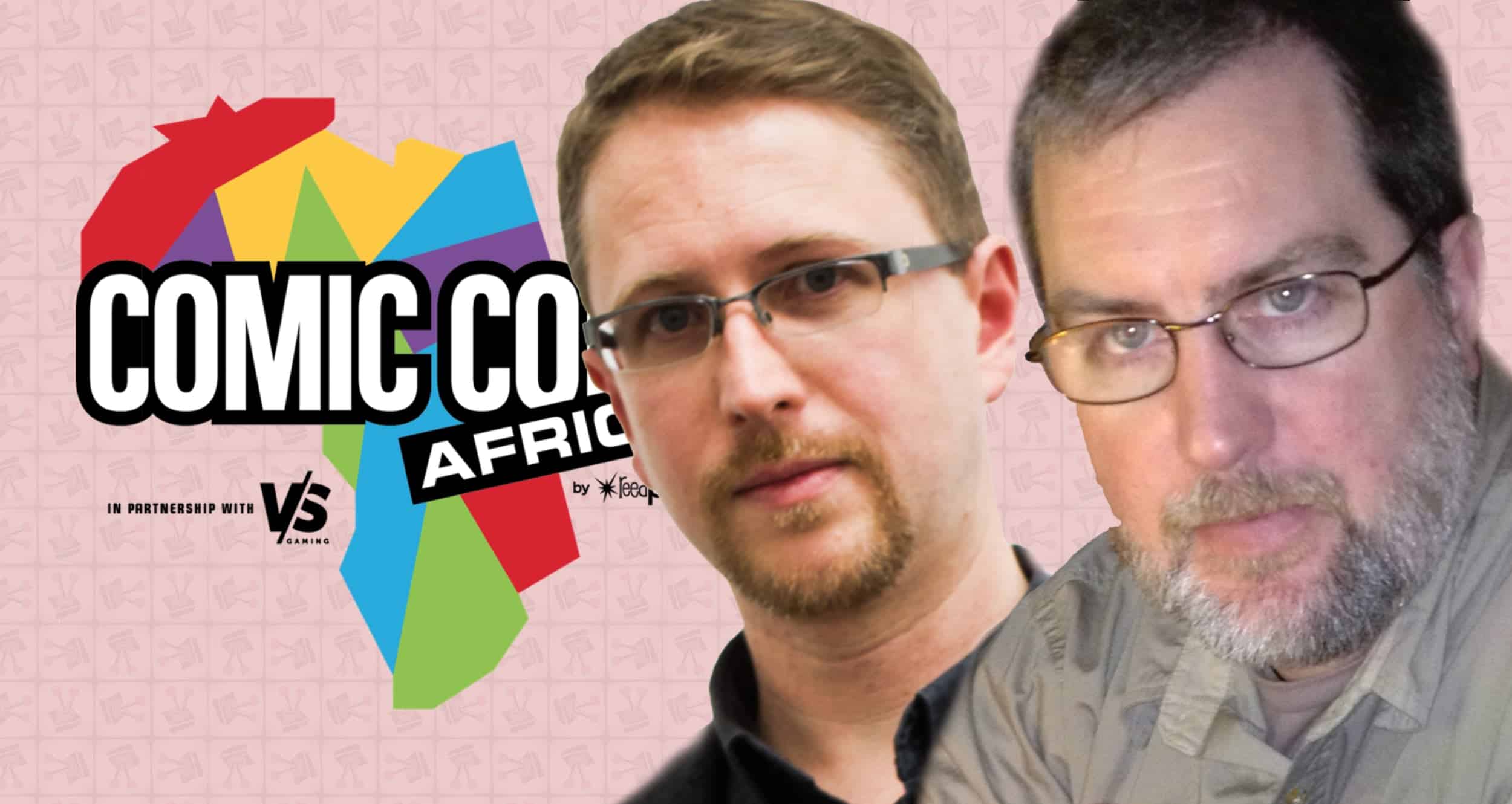 Comic Con Africa 2018 is practically upon us and more high-profile appearances have been confirmed. This time around, legendary comic writer Andy Diggle and artist Chris Sprouse will be at the three day geek filled expo.

Andy Diggle is best known for his award-winning work on Vertigo comic series The Losers, which follows an armed Special Forces group that takes part in events surrounding and including the War on Terror; and Green Arrow: Year One (which inspired The CW’s Arrow television series). However, Diggle also worked on notable comics for iconic DC superheroes Batman and Superman; Marvel’s Captain America and Daredevil; and even MI6 superspy, James Bond.

Chris Sprouse, on the other hand, is a DC Comics veteran who brought life to the likes of Hammerlocke, Legion of Super-Heroes and Batman: Legends of the Dark Knight. He also lent his creative prowess to Marvel on Black Panther vol. 6, the Uncanny X-Men; and Dark Horse Comics’ Star Wars: Splinter of the Mind’s Eye.

Both Diggle and Sprouse join a star-studded list of celebrity guests already confirmed for Comic Con Africa 2018. Confirmed stars include Ricky Whittle and Yetide Badaki (American Gods), Rick Worthy (The Magicians), Kevin Sussmen (The Big Bang Theory) and Travis Fimmel (Vikings). Actors aside, other comic book legends such as Jenny Frison, best known for her cover art on Wonder Woman, Black Panther, and Loki, has also been confirmed for the event.

You can catch Andy Diggle, Chris Sprouse, and many other geeky celebrities on the weekend of 14 – 16 September 2018. Comic Con Africa 2018 takes place at the Kyalami Grand Prix Circuit and International Convention Centre (KGPCICC). It promises to focus on “all aspects” of geek culture, including comic books, interactive media like video games, and media such as films and television series. Passionate fans can also expect science-fiction showcases, collectable card games; anime, manga, and even gadget stalls and showcases.