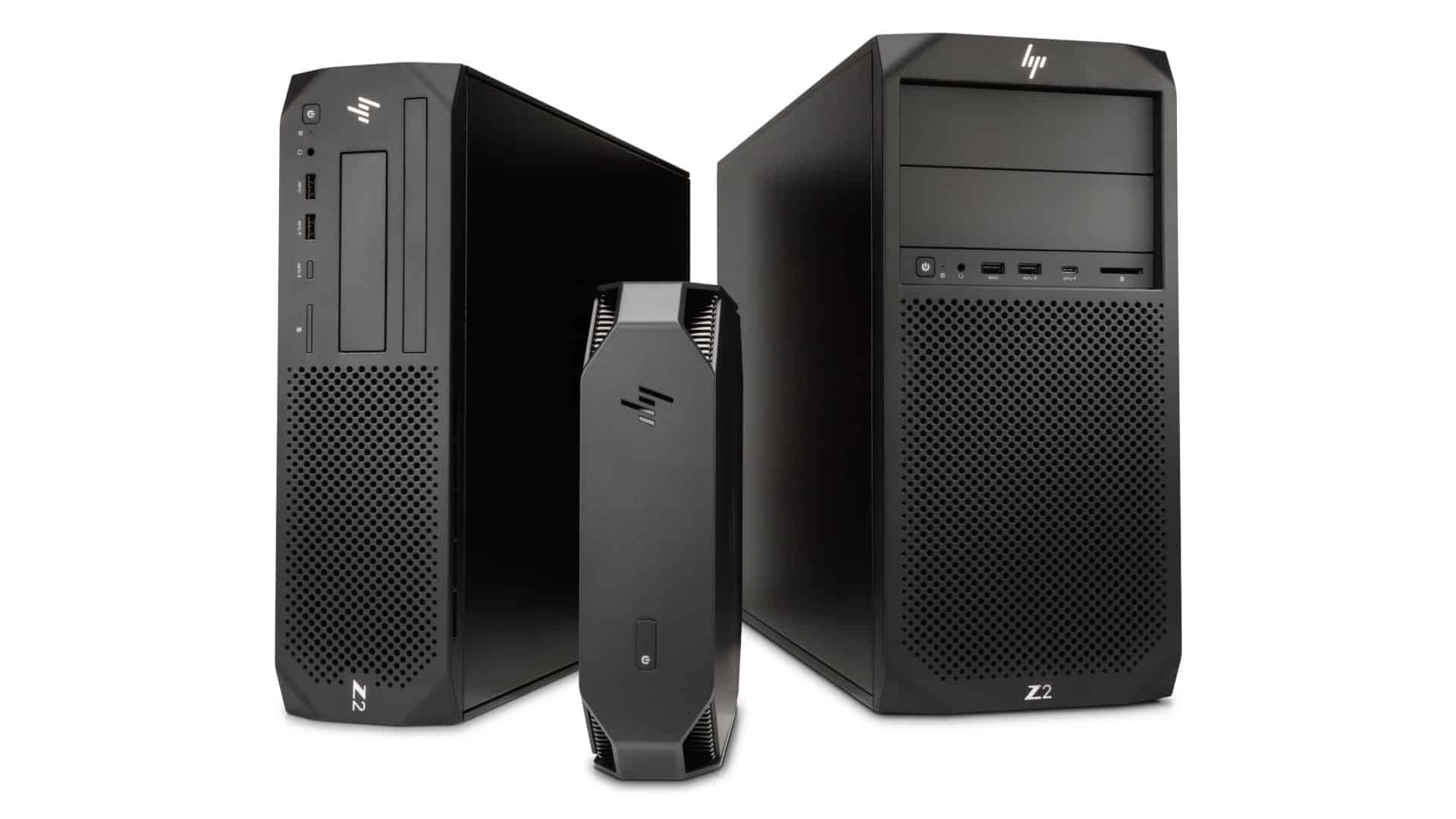 While quite a mouthful, not one of those workstations seems to bite off more than they can chew. All of the workstations listed above come with brand new hardware and software features. They “combine superb graphics performance, flexible configuration options, integrated software experiences in the world’s most secure desktop workstations” while also trying to be “thoughtfully designed” in order to unleash creativity and maximise productivity.

Furthermore, all Z2 workstation computers feature HP’s Sure Start protection and Sure Run features. Sure Start protects the BIOS by checking it against a master copy. When the data does not match, it replaces the BIOS with the master copy before booting the computer up. Meanwhile, Sure Run ensures that all apps and programs run efficiently and smoothly when the computer detects malware trying to stop them. 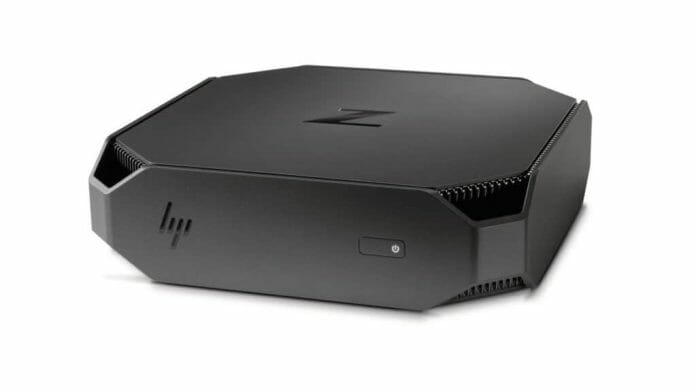 Starting off the new Z2 workstation lineup is the HP Z2 Mini G4 Workstation, which HP touts as the “world’s most powerful mini workstation”. While that may be debatable, its small form factor over power ratio is impressive. The workstation is small, coming in at just 2.7 litres of total volume, and stands only 6 cm high. It also features advanced VESA mounting, which allows the workstation to be mounted practically anywhere.

The Z2 Mini G4 comes with twice the graphical power of the previous generation Z2 Mini. It is powered by Nvidia Quadro P600 or Nvidia Quadro P1000 graphical processing units (GPUs), depending on the configuration. For added reliability, it allows customers to deploy the workstation in “mission critical environments with confidence”. If your business prefers AMD hardware, you are also in luck. The Z2 Mini G4 also has an option for an AMD Radeon Pro WZ4150 GPU.

The Z2 Mini G4 can also be upgraded, as it features a single M.2 slot for Solid State Drive storage. However, it does require disassembly, which might turn some users off. That said, it is meant for workplace environments, and those often come with dedicated teams that specialise in computer hardware and software. 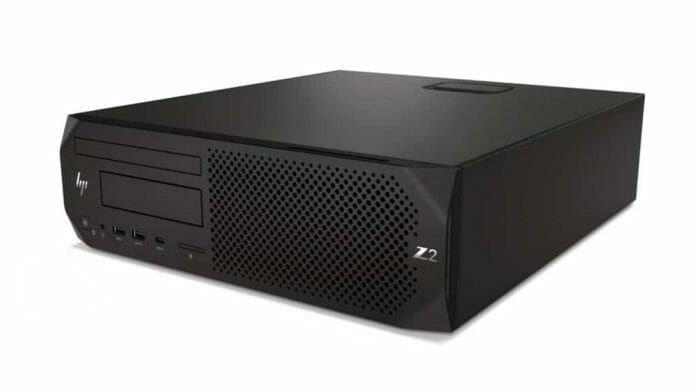 The HP Z2 Small Form Factor (SFF) G4 is said to have 50% more processing power than the previous generation. HP says it is the “most expandable SFF Workstation”, since it features four PCI-E slots and two M.2 storage slots. They also say that it is flexible enough to offer users the ability to customise networking, Input/Output, or Display needs without using a single PCI-E slot. 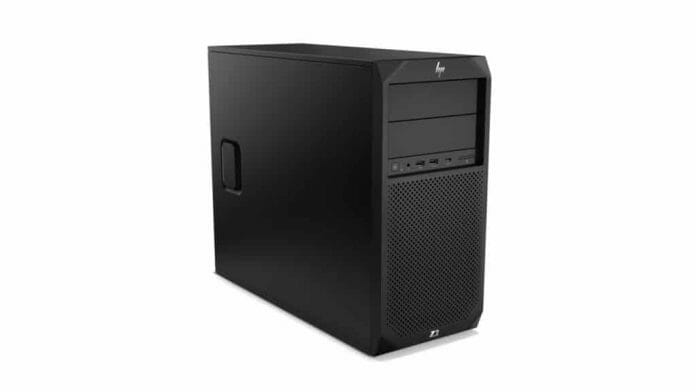 HP touts the HP Z2 Tower Workstation G4 as the “world’s most powerful entry workstation”, and for good reason. It is explicitly designed to tackle complex workloads like Building Information Modeling (BIM), and rendering Ultra 3D graphics. It also boasts the latest Intel Core or Intel Xeon processors, since it is designed to handle demanding 3D projects.

HP says it can do 60% more in power alone, compared to the previous generation. It comes equipped with an Intel Xeon E-2176G 3.7 GHz with 4.7 GHz boost, but also comes with options for Intel’s 8th generation core series of chipsets. In addition, HP says it will ship with support for the Nvidia Quadro family. That means that it has options for the P1000, similarly to the SFF G4, and can be configured up to the Nvidia Quadro P5000 with 16 GB of dedicated GDDR5X memory. On the AMD side, users can get either the Radeon WX 3100 with 4 GB of dedicated memory or the Radeon Pro WX 7100 with 8 GB of dedicated GDDR5 memory. It also has 64 GB of Dual-Channel DDR4-2666 ECC memory, up to 16 TB of storage with four storage bays and two dedicated M.2 slots; four PCI-E slots for graphics options and “flexible I/O modules”.

Since it is a tower personal computer, it also comes with multiple inputs and outputs (I/O). With its flexible modules, users can add or remove input/output modules as needed. The hardware supports two USB 3.0 and one USB Type-C in the front alone! In the rear, you can find one audio-in, one audio-out, one DVI-I single link for display, one RJ-45 connector, two DisplayPort 1.2s, two USB 2.0 ports, four USB 3.0 ports; as well as an extra USB 3.0 port, and two USB 2.0 ports internally.

Whether you are a small business owner or the Information Technology lead at a huge company, these Z2 workstation computers seem like convenient solutions to most needs. The stronger workstations in the family are seemingly designed with creative professionals like designers and animators in mind. With that said, the kind of power they boast will give most enthusiast systems a run for their money.

HP says that the new Z2 workstation lineup will be “available later” in July — in the United States. Local dates should follow soon. HP says the Z2 Mini G4 starts at $799 USD, while the SFF starts a little lower at $749 USD. The tower, on the other hand, starts at a modest $642 USD but can go all the way up to around $1000 USD, if not more.