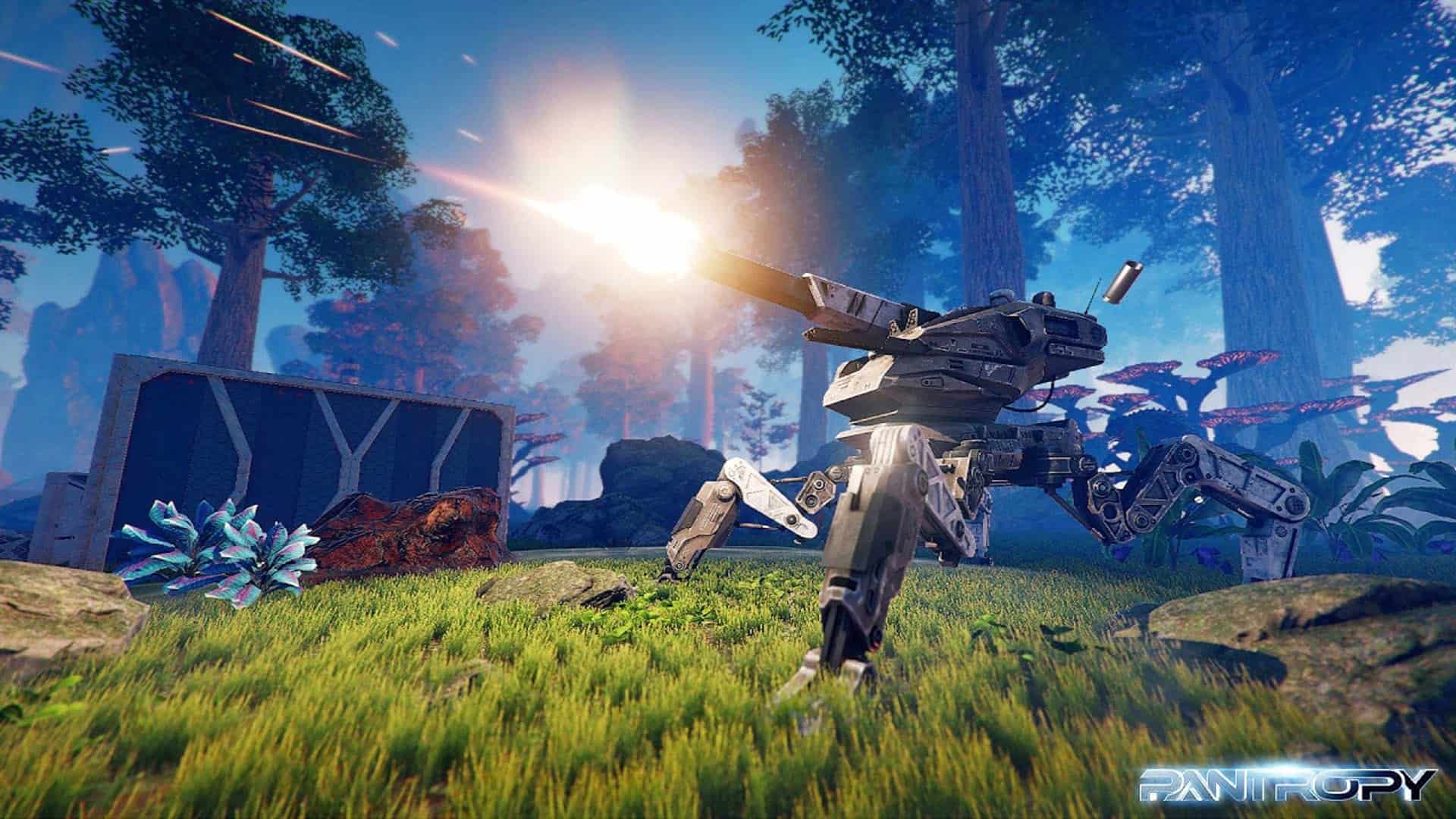 If, like me, you think that there is a huge gap in the science-fiction genre for massively multiplayer online (MMO) games, then you are in for a nice surprise. For years games such as EVE Online and Knights of the Old Republic have reigned supreme. Alas, there is one thing that none of these games have: Mechs. However, that is all about to change with Pantropy.

Pantropy takes place on a post-spacefaring and hostile alien world some hundred years into the future. On this world, generators create wormholes that connect it with other planets. Allowing for them to be colonised. It is up to the players to band together in factions and endure the difficult challenges that lay ahead.

The game features “exciting first-person shooter (FPS) gameplay” that has players competing with each other, or with the native inhabitants of Pantropy, for its limited resources. It has an in-depth crafting system, base building, research upgrade trees, and, best but not least, mechs! The game encourages cooperative gaming where players can explore, gather resources, and develop new technologies. It also has mechs. Did I already point that out?

The reason for placing the game on Kickstarter is explained by Sebastian Kaulitzki, Executive Producer at Brainstone Games. In a statement, Kaulitzki says that the game returns to the roots of online gaming where players earn rewards through skill and determination, and “not dollars”. As such, the game will feature zero microtransactions or loot boxes. Instead, it will be funded by the fans and will be developed for the fans.

All Kickstarter backers will receive a closed early alpha edition when the campaign ends. The alpha servers now host up to 64 players simultaneously on a “64 square kilometre” map; while future releases will support highly populated servers, larger battles, and more powerful discoveries. Future stretch goals for the Pantropy Kickstarter include console releases and other developments.

Currently, Pantropy is being developed for PC, with an alpha access version on the way. If you are interested in the campaign, you can check it out on Kickstarter.