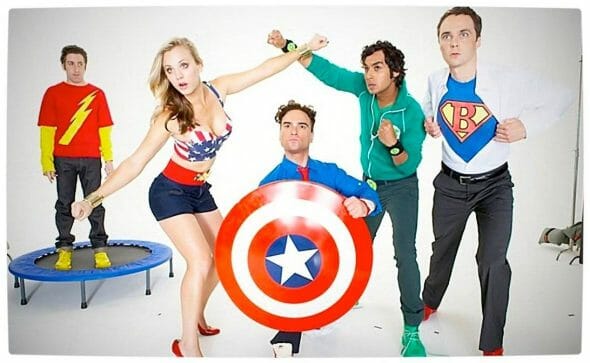 The Big Bang Theory is one of the best comedies on television today. It is the perfect blend of geeky awesomeness and smart, witty, sometimes gutter-bound, humour. It is a television series that deserves to be watched by all.

Of course, the true stars of the show are the fantastic ensemble cast who we have all come to know and love by name: Penny (Kaley Cuoco), Sheldon (Jim Parsons), Leonard (Johnny Galecki), Howard (Simon Helberg), Raj (Kunai Nayyar), Bernadette (Melissa Rauch) and Amy (Mayim Bialik).

The intricacies of pulling off the superb humour of the show are always handled with aplomb by the cast. Even more impressive is the almost palpable repertoire and camaraderie that is shared between each actor. The reason why The Big Bang Theory has been so successful is because viewers can actually see the cast enjoying themselves while acting on set. In fact, if one observes closely, it is often possible to spot the smirks of suppressed smiles from fellow cast members during performances. It is this convivial togetherness that prompted the cast of The Big Bang Theory to surprise their live audience with a flash mob rendition of Carley Rae Jepsen’s ‘Call Me Maybe’, which ended off with Sheldon’s trademark “Bazinga”.

The impromptu performance is television ‘gold’ at its best! Enjoy!