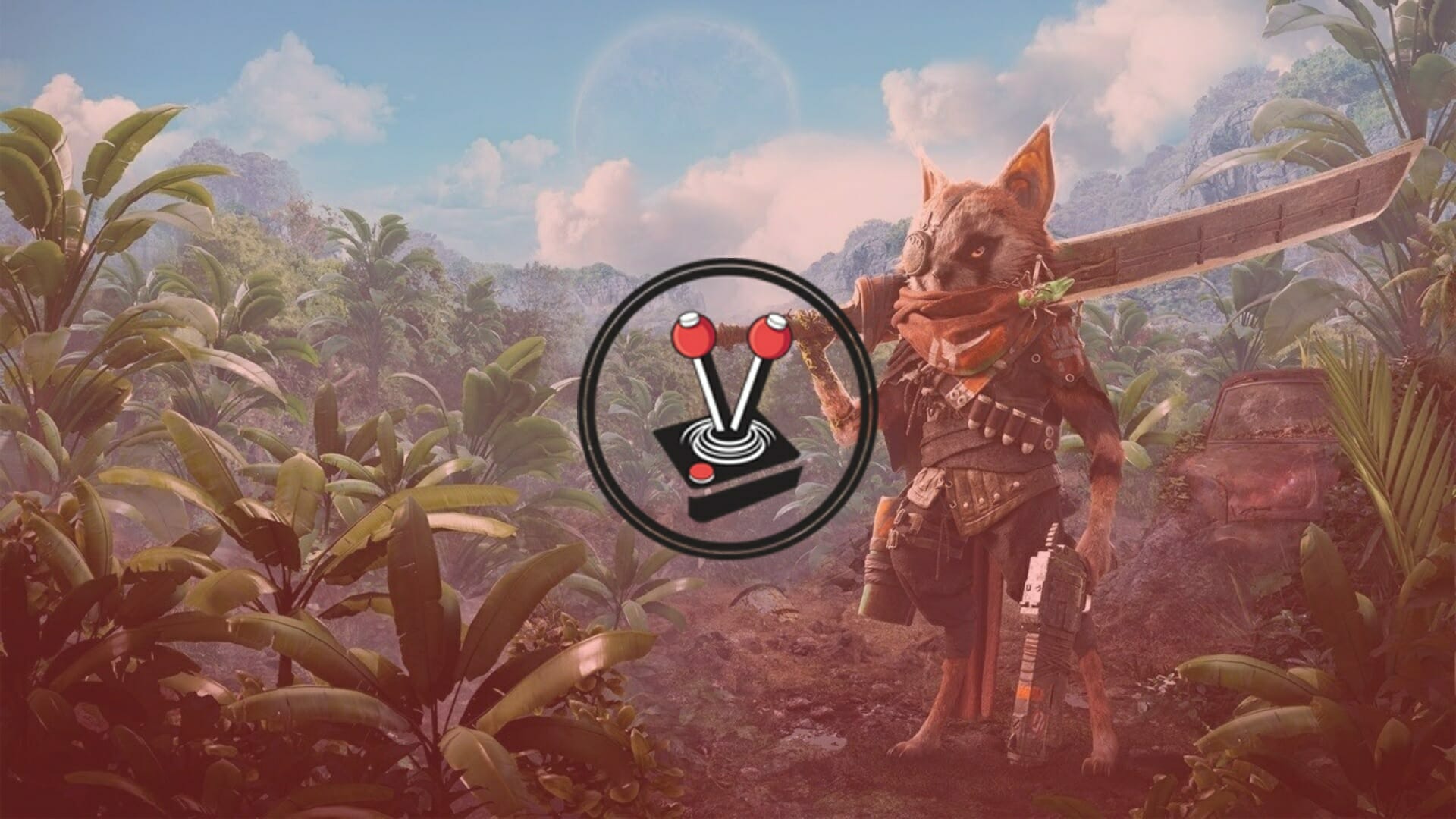 Open world role-playing games are a dime a dozen. Whether Japanese or western, it is certainly not easy for a title to make its mark on gaming society. Between games that peter carefully between historical adaptation and creative freedom, through to including dragons, big alien mechazoids, and huge fights regarding destiny; there are those more experimental titles that often fall to the wayside. Thankfully, games that do try and cut away from the norm (and are good at it) will usually find themselves amid a surge for the kind of subject material they revolve around. Great examples include Immortals Fenyx Rising or Code Vein. This is largely where Biomutant prevails as THQ Nordic’s phenomenally diverse new intellectual property combines the best of Immortals Fenyx Rising with some stellar bits and pieces from other industry greats.

Biomutant has had a lengthy development process. Originally revealed by a German magazine in 2017, the game did not truly take shape until Experiment 101 was founded in 2018. Three years later, and it is easy to see how the game drew a lot of inspiration from current unique RPG hits, Immortal Fenix Rising and Legend of Zelda: Breath of the Wild. From the sheer amount of similarities alone, gamers may think the game is too much of a copycat. However, even after six years on the drawing board, Biomutant seems to be everything it was promised to be, and more.

From moment zero, Biomutant lets players customise pretty much every single facet of their mutant critter – a “ronin from beyond the wall”. Complimenting the creation process is a wonderful intro cutscene featuring a warm and soothing voice from the ever present and omniscient narrator. Similar to other RPGs, the first thing players need to do is choose between several presets. It starts with players choosing the kind of biomutant they are (body type and hair), then going through a few pages of deeper customisation regarding their starting stats.

There are not a lot of cosmetic options at the start, but the game does recognise how players will want some precedence over the look and feel of their character. As such, the game masterfully ties starting stats and bonuses to what the biomutant’s body looks like. By using a slider, the biomutant’s entire body will shift in weird and wonderfully wacky proportions. There is a clear distinction between body shape and relevant stats. For example, the tiniest of heads and super thin legs equal biomutants that are strong-willed and smart. Conversely, extremely big heads with short legs and long arms indicate biomutants that are mucho “stronk”.

As the game begins proper, players are guided through a mini-tutorial essentially mimicking the pre-rendered intro video, but using actual gameplay. The narrator informs the player on how “the world has changed” and how the story begins “rather curiously” compared to others. Players then aid their biomutant through a bunker and out into where the game takes place – a big open world map with, essentially, no real lock on where players want to go. It is up to the player to then try and figure out what is going on with the world tree, and what they can do to stop it from dying.

The beauty of the way the game works is how the narration quickly tips the player off about how their biomutant has no real ‘recollection of its past’. This opens the game up to teach both players and player characters about the sad lore and backstory of the world. Namely how big corporations spilt oil and ruined the world in favour of technological advances without thinking about nature – only for nature to then rebel in the most remarkable way. It is a cool premise that the game follows through right up to the end, where every odd story beat deals with the repercussions of fracking, oil spillages, and mass radiation leaks. This way, the game slowly introduces players to all of the key areas on the map in a natural manner. From the green glades at the start, through to ruined man made cities up north and the great tree at the centre of the map; there is much to see and enjoy. Never mind the inclusion of biohazard laden landscapes dotting certain areas that have so much pollution, the hypoxemia will kill the biomutant if they have no means of travelling through. It is all rather wonderfully macabre.

Similar to Immortals Fenyx Rising, the entire story is told in real-time thanks to the narrator, which comes in the form of an Automaton; a little grasshopper-like robot that doubles as a flashlight, a scrap collector, and much more. The Automaton is extremely self-aware and knows the player has no means of understanding the mutant rodents of the new world. As such, it translates everything that is said in a manner that includes the player, while simultaneously narrating in such a way that puts the biomutant front and centre. In doing so, however, the story in question, and all that surrounds it, is always a subject of lightheartedness. It is a cute way of telling a truly sad story – one which seems odd at first, yet fits incredibly well with the title. So much so, the narrator’s constant presence feels like a secondary character who players will not want to go without after a while.

The world in Biomutant, like the narrator, acts as a constant reminder of the state of things. It is truly wonderful and exploring it is phenomenally rewarding. It, too, is a character of its own accord with its own quirks – things that leave players wanting for more. Points of interest include a constant trickle of outposts to raid and take control of, and a plethora of puzzles and treasures to find. The game loves rewarding exploration and curiosity. In fact, every time the player enters a new area, a little box pops up giving away exactly how many special finds there are. This is especially useful when delving into bunkers – the game’s equivalent of dungeons – and their labyrinthine halls.

Exploration, the narrator, and the state of the world notwithstanding, Biomutant also puts an extended emphasis on the player-characters. The Biomutant critters are, for all intents and purposes, literal rodents mutated through time and constant exposure to oil, biohazard, radiation, and whatever else is present in the world. By that explanation alone, players can already expect to see all kinds of weird and wonderful gameplay; and the game certainly delivers. As players explore and win fights, experience is earned. After enough is accumulated, characters can level up. New levels come with the usual increase in stats (however, players need to choose which stats to boost) and “upgrade points” for which to use on several trees. This is all standard thoroughfare to gamers. Where the game shines, however, is in its new and unique ability trees, and there are a lot of them.

Wung-Fu and Mutations are spectacular new concepts to the game and in general, and provide some of the best new abilities and skills for the player’s character. Whether players chose to specialise in psionic powers, dexterity, or simple and strong characters at the start; the good news is their characters are in no way ‘locked in’. Rather, players can specialise their Biomutants in any way they wish, and, upon unlocking new weapon types, can opt to specialise further in those trees as well. As amazing and content-heavy as this is, I will say that the menu system feels clunky and antiquated. While it is easily understood, there are simply too many actions to perform just to get to different sides of a single new ability screen, with screens players will hardly spend any time on, in-between. This feels odd and might already be fixed by the time the game releases – all that needs to be done is for the mutations tab to be moved next to the Wung-fu tab and ‘Bob’s Your Uncle’!

With that said, using abilities and skills are easy once they are unlocked. Wung-fu is a matter of tapping the correct button combo during a fight (think Tekken or Street Fighter), while mutations can be mapped to the left trigger and any one of the face buttons. In combat, these are easily accessed and can alter the course of action. Biomutants who have levelled so that they specialise in Ki and energy power, will two-shot bosses on Normal Difficulty by level 10. I suspect the same will apply with, say, two-handed swords and specialising in strength. With that said, it is safe to assume a whole lot of balancing still needs to be done.

One aspect that is simultaneously fleshed out quite well, yet implemented poorly, is the crafting system. Crafting in Biomutant is a huge part of progression, second only to finding new gear or mutating. As players complete puzzles or explore areas thoroughly, they will be rewarded with special gear allowing them to craft entirely new weapons. To start, however, players need a base – this is a blade or a hilt for melee weapons, and a middle part for ranged weapons. The game loves to dish out muzzles, stocks, barrel add-ons, and even top add-ons like crazy, yet actual bases are extremely hard to find. This makes the crafting seemingly moot, regardless of how many bits and bobs players collect. Worse still is how by the time players have found the correct base for the type of weapon they want to craft, they will either be level 15 or higher already, or have earned a Tribal weapon and modified it to the point that no other weapon is worth the effort. This is another facet I strongly believe will be balanced once the game is in more hands. However, my initial review experience and playing the game through to completion leads was done using Tribal weapons, very “stronk” electrical gloves, and a heck ton of psionic powers.

There are a lot of things Biomutant does exceptionally well, and one or two aspects that do need a bit of work. Needless to say, the game is a whole lot of fun. From its charming narration to its dark yet beautiful world – the pretty vistas and horrific oil-pits – and even its world-building characteristics showcasing where conflict has been taking place; the game is a joy to play and be immersed in. Player progression is vast and works incredibly well to make players feel powerful, while the game continually throws challenges at players to keep things interesting. There are a large number of puzzles, all of which unlock fancy new gear or crafting materials (the latter of which does need a bit of work), and the Wung-fu is an extremely neat little addition to the mix. All-in-all, players who liked Immortals Fenyx Rising will feel right at home with Biomutant. It is beyond charming and more than worth a play.