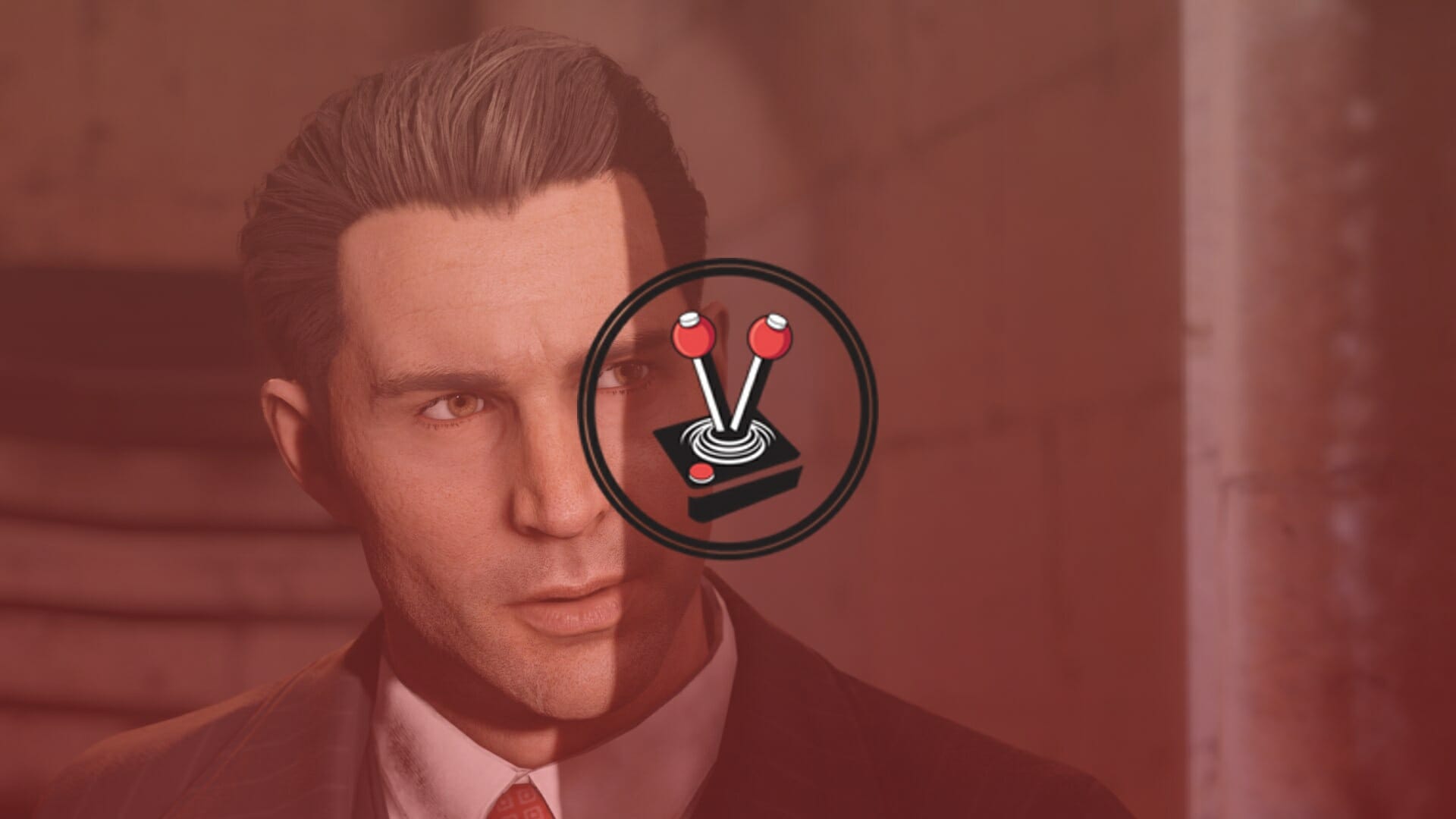 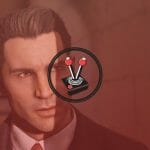 Remakes are hit or miss. They are either exceptional, or leave a lot to be desired. Spyro, for instance, rebuilt the classic trilogy from the ground up. Crash Bandicoot also received a great remake, with Resident Evil and Destroy All Humans! paving the way with brand-new, yet wholly familiar, aesthetics. Every so often, however, a remake is nothing more than a brand-new game – a reboot, if you will. However, where many reboots completely reimagine characters and plot points, remakes do not. That is what sets Mafia Definitive Edition apart from its franchise brethren, and fellow remakes and/or reboots. It is a brand-new game; an all-around soft reboot sparing no expense. It is also intriguing in its design and execution in that it feels exactly like the game it replaces.

It is strange to think about how I played this game just shy of 20 years ago. I only ever had a PlayStation 1 console, which meant I never really got into the franchise. However, when a friend loaned me a PlayStation 2, I was dead set on getting through as many games as possible (my uncle gifted me a big book containing his old game discs). Mafia was on the third or fifth [I forgot which] page, but it was on the left-hand side of the book. Regrettably, I did not appreciate the game. Tommy, who was voiced by Michael Sorvino, was too much of a “lowly cabby” in my eyes. His first stint for the Salieri family was dry and without fervour. I played the game for a few hours and opted to play Driver instead. Thankfully, I now have the opportunity to relive the game – and I am all the better for having waited!

Veterans and fans of the franchise will immediately notice how most of the game has been rebuilt and replaced completely, including the story of Thomas “Tommy” Angelo, who is now voiced and motion-captured by the talented Andrew Bongiorno. Even with so many elements of the story rebuilt and replaced, however, it is the premise and core that stays the same. The game tells the story of Tommy Angelo as he enters the Salieri crime family, going from a lowly cab driver in fictional 1930s Lost Heaven through to an A-lister and go-to man for the mob. The narrative shines a light on the power struggles known to run throughout crime families and puts a large emphasis on trust and what it means to be a part of something much larger than an individual’s worth.

To newcomers, the opening hour would lead many to believe how Tommy is nothing more than a beat-down cabby. Someone who has settled on what life has given him. As fate would have it, however, Tommy has a run-in with the mob and is told to get them out of there as fast as possible. Naturally, his stellar performance earns him a bit of favour with the Salieri’s. Next thing you know, he is the single-most-important driver the family knows. Funny how life works out, right?

Developers Hangar 13 did an excellent job in delivering the classic story of rising mafia family member Tommy Angelo to the same standard as many triple-A titles today. They beefed up all characters with brand-new story beats and plot points, added entire chapters of the story to characters who had no more than one or two lines in the original, and even increased the scope of the story to include a breadth of grand scenes. Where it shines, in particular, is in its insistence on showing you all the bits that make crime families tick. Mafia Definitive Edition is not afraid to let you take a step back and slow down the pacing a bit, offering a reprieve from the frantic action so many games always force onto you. While the story largely remains the same, it has been embellished with story beats and brand-new scenes, new characters, and a bevvy of narrative that truly helps to solidify it as a triple-A mainstay. In an ever-evolving world, where slower games are few and far between; this is a pleasant change of pace.

While the overarching story largely remains the same as the original, gameplay has not. While the fundamentals are still there, it now runs on a completely new engine with far superior capabilities the original. With that said, the gameplay loop remains unchanged for the most part. Tommy Angelo and the rest of the gang drive from points A to point B, shoot some guys and watch a bit of action unfold, and drive once more from Point B to C, or perhaps even back to A. Gameplay is executed in such a way that the game may very well be the same game released on Windows in 2002 and consoles in 2004. It is an odd feeling, knowing the entire city of Lost Heaven is at your disposal, yet the game only takes you through very linear bits of it. To an extent, this manner of execution lends itself to the game’s success more so than its detriment.

While the story has been puffed up and rebuilt to be considerably larger, the game is structured so that players can not “stumble” onto things, or miss important beats entirely. It is all there, front and centre, for players to soak in. I applaud Hangar 13’s audacity in this regard. In a world where games like Red Dead Redemption 2 and Ghost of Tsushima require players to do things at their leisure, games like Mafia Definitive Edition are thrown to the curb. To reiterate: it has an open-world environment and allows for sandbox gameplay, but it never beseeches you to do as many (or as little) side missions as you can muster, on the way from Point A to Point B. It is a structured linearly. An unusual combination, for sure, but one that works tremendously well.

It must be noted that the game featured a Free Ride mode for players who just want to enjoy the bellows of smoke and sights and sounds Lost Heaven has to offer. Listen to the radio as Tommy drives from the industrial district, all the way through to the outskirts of town with no “remember to be there at eight” message popping up to remind you of the story at hand. Alternatively, Tommy can get out of whatever vehicle he has procured for the family, and just… walk. Take in the city around him. The reason you would want to do this is single-fold: Hangar 13 nailed the atmosphere of the period and setting.

When it comes to storytelling, the narrative added to side characters is so broad, it makes them feel like genuine people. The sounds and sights of Lost Heaven are so reminiscent of real-life Chicago, it is hard to feel like you are driving through a virtual world created just for the game. Motion capture is also incredibly well done. Right from the onset, the game is not afraid to put on show the technologies used to capture precise facial animations and movements. Similarly, Hangar 13 showcases the exceptional voiceover from the new cast. Paulie, as annoying as his voice can get, is one of the most competent performances I have seen in a supporting role in a video game.

As Greta as the game can be, I will admit the controls are wonky at best. Tapping X to perform a melee action feels awkward. Running while vaulting over objects also feels a bit stiff. Similarly, driving is enjoyable in so far as you do not attempt to shoot while doing so. Unfortunately, there are a few missions where Tommy absolutely has to gun down someone else while driving. Here, the controls feel stiff and disjointed, bringing out the worst Mafia Definitive Edition has to offer. I wish the game’s control scheme was also brought into the current generation the way the game’s look and feel have been, but I assume it has something to do with the way the game is structured. Since this is not an all-out reboot, there may be some kind of awkwardness involved in the porting process to the new engine. Regardless of why things are the way they are, it is the single-most disappointing aspect of the game.

Mafia Definitive Edition is an all-round great package. It looks and sounds phenomenal. From expert motion capture and stellar performances by all cast involved, down to outstanding writing, it has the makings of an A-class title. Gameplay may be a bit wonky, but there is so much else that brings the game up to the standards of the likes of Red Dead Redemption 2 and Grand Theft Auto V – but perhaps not as broad in scope. Hangar 13 have done a fantastic job and made Mafia Definitive Edition a must-have for any fan of the period, setting or mobster plot.